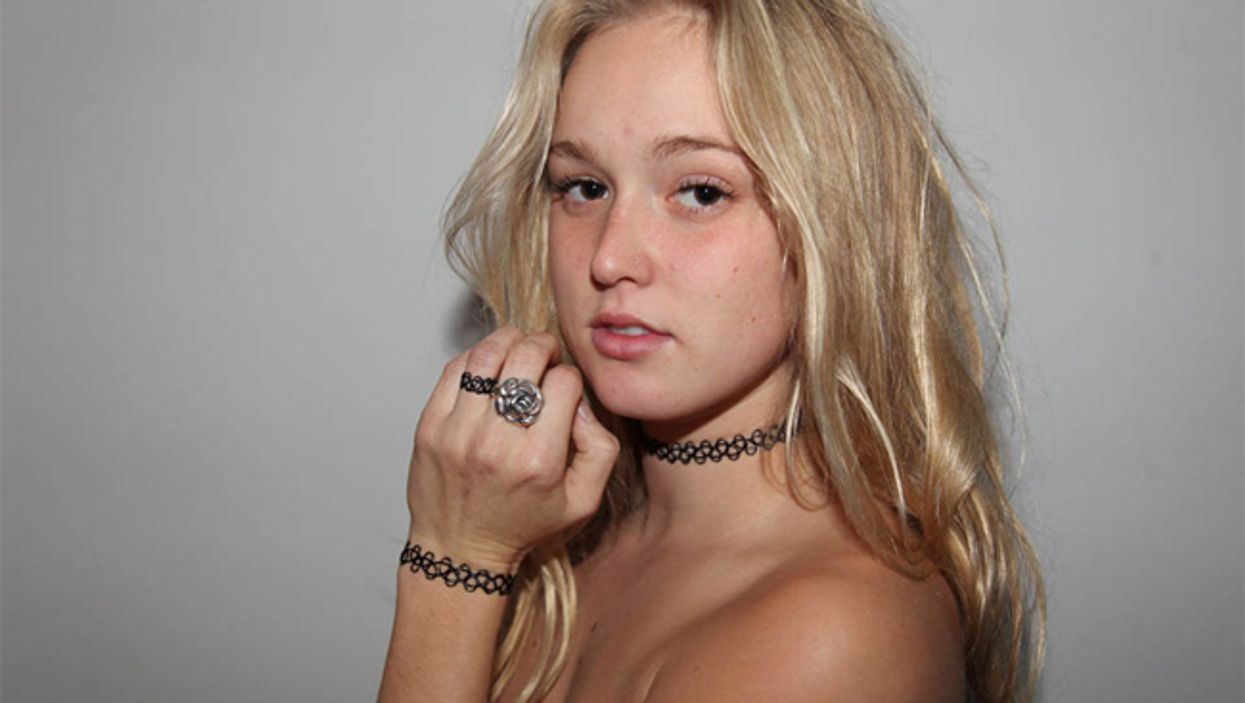 It's Thursday afternoon and were feeling nostalgic. Throw it back with us and check out some of our 90's fashion favorites.

Slap 'em on and they'll never fall off. This sexy arm candy could have been considered a collectible back in the day!

Controversial in their meaning, every high school-er had one of these jelly bracelets. While different colors represented different bases on the field, if a guy pulled off a girl's f***bracelet and it broke, she was spending afternoon recess with him!

Inspired by the "truck driver" style, Paris Hilton and Ricole Richie first sported Von Dutch on their hit series The Simple Life. The brand exploded in mid 2000 and its hats were available in almost every print and color.

If you wanted to be considered a big deal, you had to have a big watch!

Remember these? Hanging out with your girlfriends, listening to Britney Spears' Oops I did it Again, and trading different color choker necklaces, this plastic neck gear  was huge in the 90's!

While blue represented calmness and black meant that you were nervous, if you owned one of these you were practically a gypsy mind reader!

Relive the best memories from your childhood all over again!
n/a

Oh, the 90s, the golden age of cartoons, music, and kids movies. Or, at least that's what all of us born in the 90s think because we idealize our childhood. Either way, to someone born in the 90s, certain pieces of media defined our youth, like many of the movies below.

Some of the most magical films for kids to be churned out in the 90s, you'll no doubt get a hug rush of nostalgia just be seeing the posters for these movies. So get prepared for a few childhood flashbacks and that odd sensation where you feel super old in our list of 30 kids movies from the 90s you totally forgot about.

90's Toys That Made You Lose More Weight Than Working Out

Way better than the gym.
popsugar

When I was growing up there were definitely fewer fat kids running around. Even the fat kids weren't really that fat compared to today's standards. It's no surprise, after all we spent more time running around outside, an even when we were staying put, our toys and games were basically designed to make us exercise.

In fact, some of these toys were better than going to the gym. We had instant access to equipment for cardio, ab work, leg work and even toning. And the best part is, you were just playing and having fun without realizing you were getting a pretty good workout.

For better or worse.
Bryan Lee

It's funny to think how much the art of going out for the evening has changed over the last ten years or so. Things we took for granted and some of our favorite clubs (as listed here) are gone, gone, gone and not coming back. For those of you under the age of thirty, here are a few things about going out in Montreal that you likely missed out on.

OK, so this probably isn't a good thing, but it certainly was a reality of going to clubs or bars in Montreal. Before the smoking ban went into effect, lighting up in clubs was not only allowed but it was absolutely unavoidable. You couldn't go out without coming home smelling like an ashtray. Pulling a late night? Forget sleeping in your clothes and wearing the same thing to work tomorrow. If you pulled that little trick, everyone would be able to smell last night's debauchery on you. What was especially gross was that people didn't even use ashtrays. That's what floors were for.

2. Payphones in bars and clubs

Yes folks, there was an era before smart phones, if you could imagine such a thing. If you walked around with a cell in the late nineties/early 2000's, they definitely weren't convenient. It was like walking around with a brick in your pocket. So, everyone just used payphones. Every club had a line of them, and at the end of the night there was always a big line waiting for the drunk guy to get off the phone to his ex.

3. Heading to The Main and STAYING on The Main

With texting, changing bars or clubs is no big deal. But when people didn't have cells, everyone pretty much had to choose a place and stick to it if you wanted to be able to meet up with your friends. So, if a place wasn't happening – well – you pretty much had to tough it out.

Ever wake up with very little memory of what happened the night before? Yeah, me too. This is way worse in the era of social media, because after a bad (or REALLY good) night out, opening up Facebook is terrifying because you just know someone's put up photos of you at your worst and probably tagged you. What's even worse is if you have a boyfriend/girlfriend who doesn't know you went out last night, but your jackass friends tagged you anyways. In the olden days, you could go nuts and wake up certain that the only people that saw you embarrass yourself were your friends.

As the title would imply, Eurodance was all the rage in Europe during the nineties, but it was also HUGE in Montreal. This genre was the bread and butter of classic clubs like The Dome, and bands that were relatively obscure in the rest of the country had huge followings in Montreal. Aqua is a good example, as is Tom Jones, who long after his sixties hey-day had a major dance hit in MTL with the song “Sex Bomb” which was all over the radio in '99/2000.

6. Going to the Forum for something other than movies

It's crazy to think that this new generation of Montrealers will only know the Forum as a sprawling movie theater - and not even the most popular one in town (that honor goes to the Scotiabank). Before the Bell Center, the Forum was the much beloved home for the habs, as well as a kickass concert venue. A famous concert given at the Forum by Queen got turned into the Queen Rock Montreal concert film.

7. Baseball at the Olympic Stadium

Considering that we don't have a team now, younger readers might be surprised to learn that Montreal once was a fairly popular baseball mecca. While the Expos never won the world series, going to see games at the Olympic Stadium was always a fun thing to do on a Friday night. Perhaps Montreal's most important contribution to the sport was the fact that Jackie Robinson - before breaking the MLB colour line - began his career as part of the Montreal Royals.

This one was a big part of my college years. Yes, I was (in a way) a bit of a goth, and on Fridays nights I'd don some eyeliner while my best buddy would squeeze into his leather pants, and hit Safir for goth night on the top floor. This was such a good place, and if goth wasn't your thing, Saturday was metal night. Sadly, a fire gutted the place and a big part of my twenties is now long gone.

"Clearly Canadian" Is Officially Making Its Return To Sales This Summer

The taste of the 90s.
Clearly Canadian

Montreal is absolutely scorching right now. And the only way to cure this sudden burst of heat (other than softly weeping in your refrigerator) is to crack open a bottle of your favourite childhood drink! Oh yeah, Clearly Canadian is back in business y'all.

Fans have clearly missed this refreshing beverage so much that over 30,000 cases have already been ordered. CEO Robert Khan exclaims “We owe the entire comeback to the fans, without their support and their pre-orders, Clearly Canadian would not be back." Doesn't that just give you the warm fuzzies?