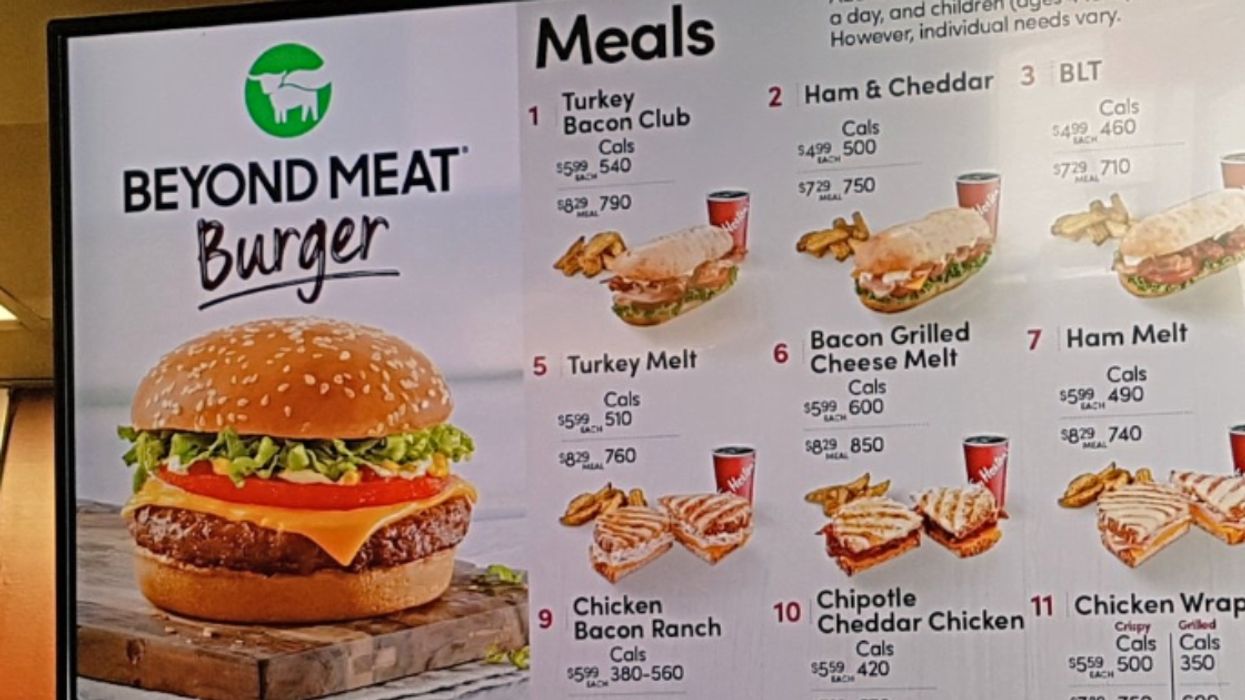 Apparently, today is the day of Beyond Meat! This morning, Tim Hortons unveiled their trio of Beyond Meat breakfast sandwiches, which are now available at Timmies locations across Canada.

But according to a couple stray tweets on Twitter and one rogue Youtube review, Tims is also in the process of testing out a Beyond Meat BURGER.

As it stands, Timmies does not currently offer a meat-based burger, so it's pretty cool that they're going straight to plant-based for their burger debut.

We were tipped off about this new burger test thanks to a couple tweets showing that the burger had popped up on the menu of their local Timmies.

We weren't able to get confirmation on the location of the photo above, but it's safe to assume it is somewhere in Ontario, and likely Toronto, as that where the Twitter user is based out of (just look at that beautiful Twitter cover photo on his profile).

We'll likely get to see the burger released nationwide if sales of the Beyond Meat breakfast sandwiches prove profitable for Timmies across the country.

#TimHortons introduces burgers (re-introduces, if you go back to the original concept before it became a doughnut s… https://t.co/ELnunkBMaH
— Moaz Ahmad (@Moaz Ahmad)1558909678.0

Even still, these sandwiches might not be accessible to everyone, as there are only a certain number of food items that are mandatory for Tim Hortons locations to carry... the rest is up to the individual franchisee.

While we don't know when the burgers will finally expand across the country, they are clearly now available at some locations across the GTA.

One of the photos above was taken at the Sheridan Centre mall in Mississauga, so if you're dying to give one a try you can find that location at 2215 Erin Mills Pkwy. We called this location and confirmed it is available as of today!

We reached out to a Tim Hortons spokesperson and they let us know that Tim was "testing this natural extension and delicious burger with guests at select restaurants in the GTA." There is no other news to share right now about the burger - but once we know more, we'll be the first to let you know!

And if you do go give it a try, take some pics and let us know how it is @mtlblog on Instagram!