This is a matter of national importance!!! 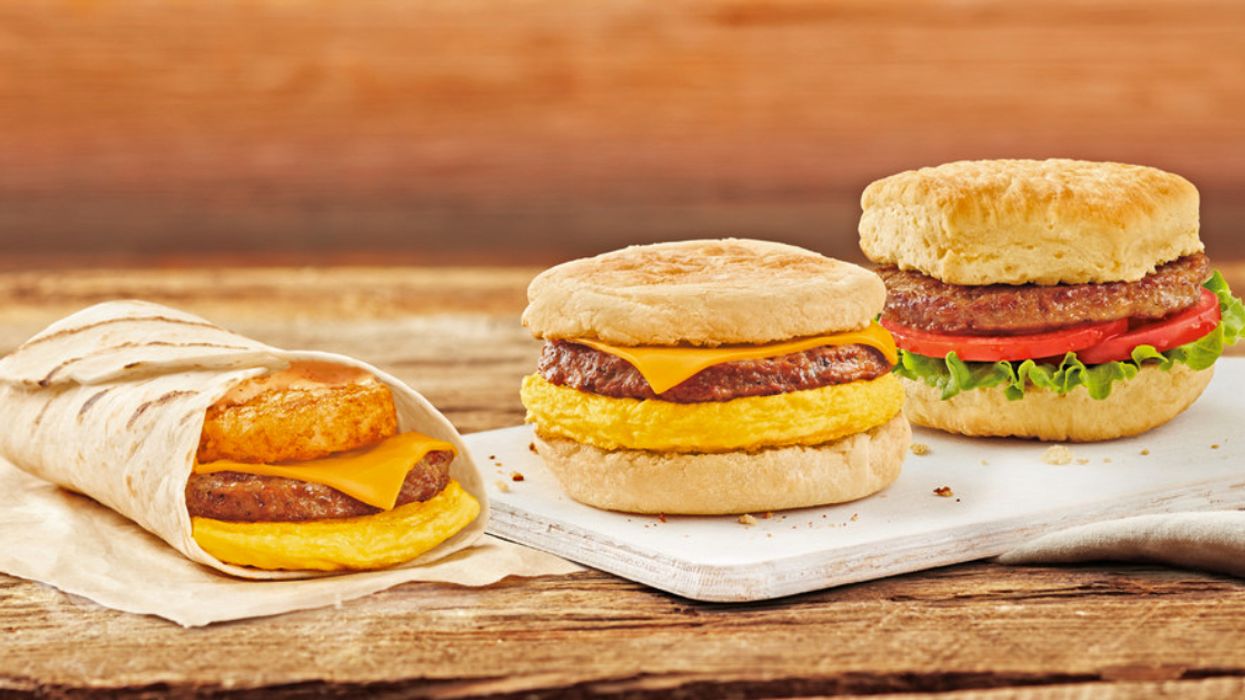 If you're a vegetarian or vegan eating at Tim Horton's, you know that your food options are limited. Aside from a bagel (without butter or cream cheese if you're vegan), the potato wedges and the salad, vegans can't eat much at the popular fast-food brand.

That's about to change.

Tim Hortons has just released a vegan breakfast sandwich and it's incredibly exciting. The meat will be replaced by vegan Beyond Meat sausages. Three new breakfast options will be available on the Tim Hortons.

This shows Tim Hortons following in the footsteps of other major fast-food brands such as the A&W Beyond Meat Burger.

The photo above shows their standard meat breakfast sandwiches.

The press release describes the new menu items as, "Tasting and satisfying just like meat, the Beyond Breakfast Sausage™ allows all Tims guests, including vegans and meat lovers alike, to enjoy the taste and satisfaction of a breakfast classic they know and love, without sacrifice."

These options will not be available everywhere right away: they are being tested at select locations.

The sandwiches will be rolled out nationwide by the end of summer. The brand is also launching new "omelette bites" as part of its "Breakfast Anyday" menu.

The new omelette bites are available in Bacon and Cheese and Spinach and Egg White.

"We're excited to team up with Tim Hortons to bring the health and environmental benefits of our plant-based Beyond Breakfast Sausage patty to more consumers," says Ethan Brown, founder and CEO of Beyond Meat.

"A national launch would allow us to further our mission of making delicious plant-based products more readily accessible to Canadians nationwide."

I, for one, am very excited to try the new vegan sausage patties.