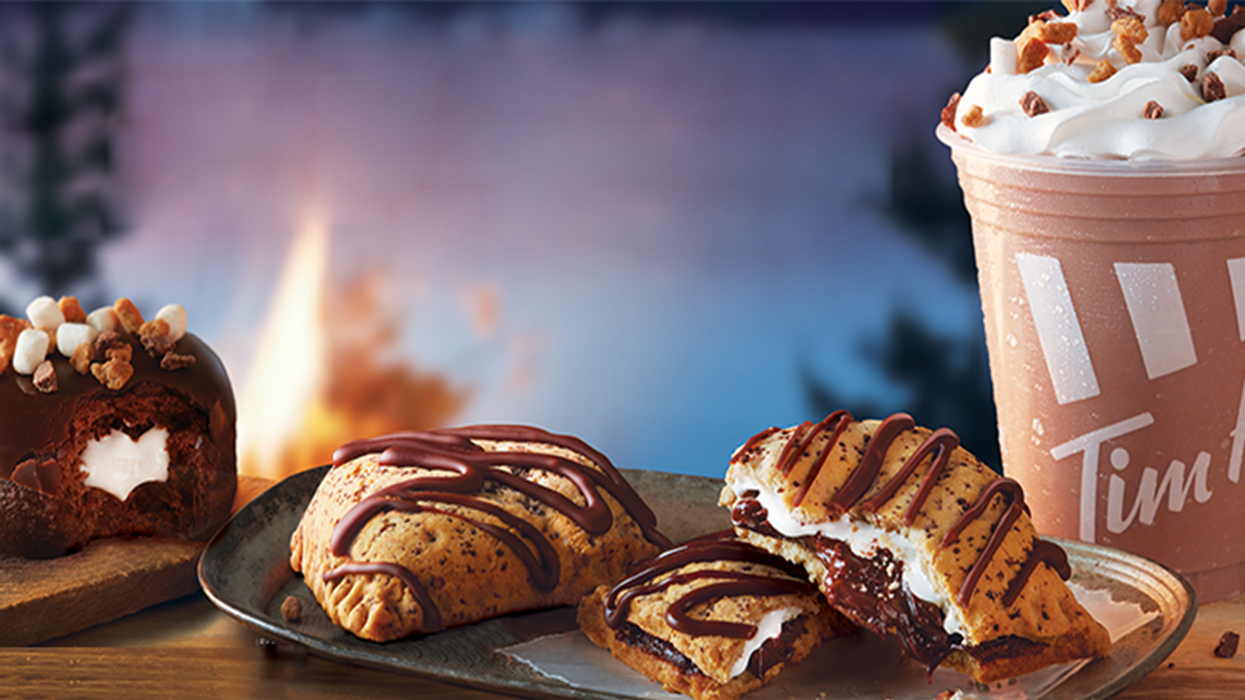 As you probably know by now, Tim Horton can't go two weeks without releasing some kind of new amazing menu item and this new menu is bound to make a few people, including my girlfriend, very happy.

They're only available for a limited time at participating restaurants,  so hurry!

You Can Now Get "S'mores Cupcakes" In Montreal

Montrealer's sure do have a great big sweet tooth especially when it comes to cupcakes! I mean you've heard of our Boozy Cupcakes but this Montreal cafe has something even better. Yup, S'more cupcakes have officially arrived in Montreal!

13 Food & Drink Holidays You Need To Celebrate This August 2015

If you love food and drinks and are always looking for the perfect excuse to indulge, then you'll love some of these August occasions where you can devour cupcakes, watermelon, oysters and whisky sour's to your hearts content. Enjoy!

On August 5 we get to celebrate one of the world's most famous natural aphrodisiacs, the oyster! Some say it's a myth that oysters can increase your libido, but researchers have found that they are rich in rare amino acids that trigger increased levels of sex hormones.

The root beer float originated as the ice cream float in 1874 by Robert McCay Green in Philadelphia, PA. Of course today, anything having to do with root beer is associated with the A&W restaurant chain, so you may see many of their stores offering floats and fries on Root Beer Float Day.

Beer Day is celebrated on the first Friday of every August. Starting in 2007 in Santa Cruz, California and now being recognized in 207 cities, 50 countries and 6 continents. If you plan to celebrate, International Beer Day has three purposes:

Homemade Pie Day is also known as Braham Pie Day; originated and celebrated in Braham, Minnesota, the homemade pie capital. If you're looking for ways to celebrate with the Brahamians this month, check out these 10 Easy Pie Recipes.

Hey Kool-Aid! Who didn't love this sugary sweet, thirst quenching drink as a kid? Kool-Aid's holiday is celebrated in the second week of August over 3 days in Nebraska, with museum exhibits, Kool-Aid pageants, bicycle tours, food and the Grand Parade.

If you plan on camping the weekend of August 7, don't forget your marshmallows, chocolate and graham crackers to celebrate National S'mores Day on August 10. But don't stop there, check out your local Starbucks for a S'mores Frappucino. You can also try Ben & Jerry's S'mores ice cream or the S'mores Oreo cookie. When it comes to S'mores flavoured foods, the possibilities are endless.

Save yourself some trouble on August 14, or anytime this month as a matter of fact, and buy your groceries online. This occasion is actually in it's second year for 2015 and was first introduced by The Good Food Blog in July 2014 as a month-long sweepstakes, but they also declared the second Friday in August as the official Shop Online for Groceries Day. Happy shopping!

You gotta love a food holiday with a cause. National Cupcake Day helps the SPCA and Humane Society in fighting animal cruelty with cupcakes! North America actually celebrates Cupcake Day in February but Australia has their cupcake day in August on the third Monday and it can be celebrated all month. Participants promote, host parties and raise funds to help rescue, rehabilitate and rehome animals each year.

Spumoni is a molded Italian ice cream made with layers of different colors and flavors, usually containing candied fruits and nuts. If you're near Concordia University on August 21, Restaurant Il Cortile can serve you up a great Spumoni, and why not enjoy some of the fine Italian cuisine while you're at it.

Enjoy your happy hour on August 25 with a celebratory whisky sour. You don't have to settle for the standard whisky sour however, feel free to try either the Stone Sour, the Kilbeggan Secret Sour, the Knob Creek Sour Ginger, the Shamrock Sour, the Forbidden Sour or the good old fashioned 1870 Sour.

In all your enjoyment of the food and drinks for this month, try opting for less salty foods on August 29 to observe More Herbs, Less Salt Day. Everyone should be encouraged to use herbs in their home-cooked meals, in place of salt. Using more herbs and less salt over time will open your palette to taste the natural salts in any food and make low-salt food/cooking and natural part of your regular diet.

S'mores Beavertails Are The Dessert You Need To Eat This Summer

They should call them: S'more-gasms.

Today is the first official day of summer, and what says Canadian summer more than campfires and s'mores? Well, Beavertails knows what's up and is rolling out a mouthwatering special edition s'mores flavour.

This slice of heaven-on-earth is made with a base of their famous deep-fried dough, topped with a slathering of chocolate hazelnut spread, marshmallows, graham cracker crumble and a generous drizzle of chocolate sauce. You might say that it's so good it'll leave you wanting s'more? But for real, you're going to want to eat like 3 of these things. And while technically Beavertails may be considered a dessert food, we're of the belief here that they're perfectly acceptable at anytime of the day.

Adorable desserts you can take everywhere.
deserts for two

With summer (finally) upon us, it's only a matter of time before picnics, pool parties, and family barbecues get underway. If you're looking for some simple dessert ideas, or if you want to take a little taste of summer to work with you, then check out these 10 mason jar dessert recipes. Not only are most of them easy to make, but they're the perfect snack for any occasion.