The incident happened Thursday at 4:30 PM on Bloor Street West. 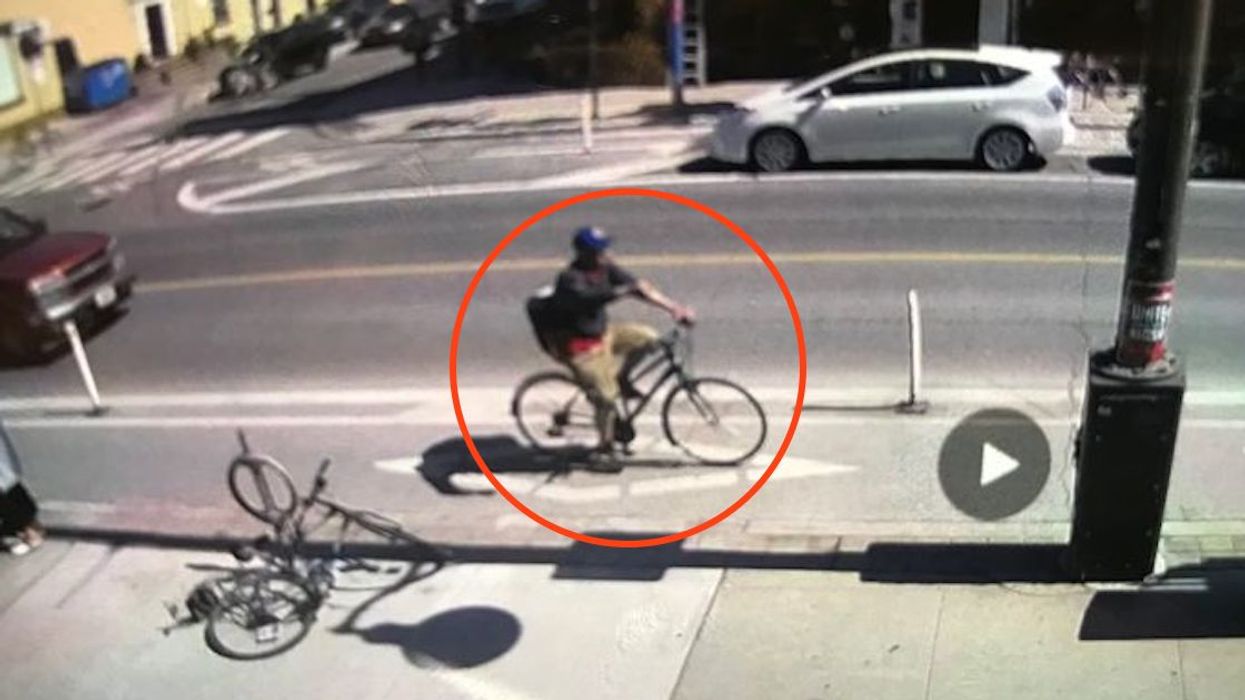 Toronto Police are on the hunt for a male cyclist that threw a "corrosive substance" at a passing baby stroller with a baby inside.

According to security camera footage, a couple were walking with their baby stroller along the corner Bloor Street West and Christie Street when a cyclist approached them. After exchanging some words, the male cyclist took out a bottle containing a "corrosive substance" and threw it at the baby stroller.

The incident took place at approximately 4:30 PM on Thursday, June 6. Toronto Police are on the lookout for the cyclist, now wanted for Assault with a Weapon. Thankfully, the baby is ok and the family received minor injuries.

The assailant fled down Bloor Street yelling and screaming profanities at the couple. He was seen wearing a black Uber Eats bag and riding a black mountain bike.

Investigators say the cyclist was described as a white male with wavy blonde hair. He was seen wearing a baseball cap with a red maple leaf logo on the front, beige cargo shorts, and a dark sweater with a red shirt underneath.

Police ask that anyone with tips as to the identity of this man contact their Crime Stoppers hotline.

It's not known what this "corrosive substance" was, but police are investigating its source.

Motives behind the attack are also unknown. Apparently, the assailant exchanged few words with the couple before he threw the "corrosive substance."

Once he threw the bottle, he quickly sped down Bloor Street West and possibly turned southbound on Grace Street.

An image of the biker was caught by a local security camera. Toronto police have distributed the screenshot in a notice on their website.

Toronto Police are asking for anyone with information about the attack to contact them on their Crime Stoppers hotline.

Toronto Police are on the hunt for a cyclist who threw a "corrosive substance" at a family and their baby. The family sustained minor injuries. Police are asking for anyone with more information to come forward.

Because the government only talks about the real issues, folks.