The national chief for the Assembly of First Nations called the comments "unacceptable." 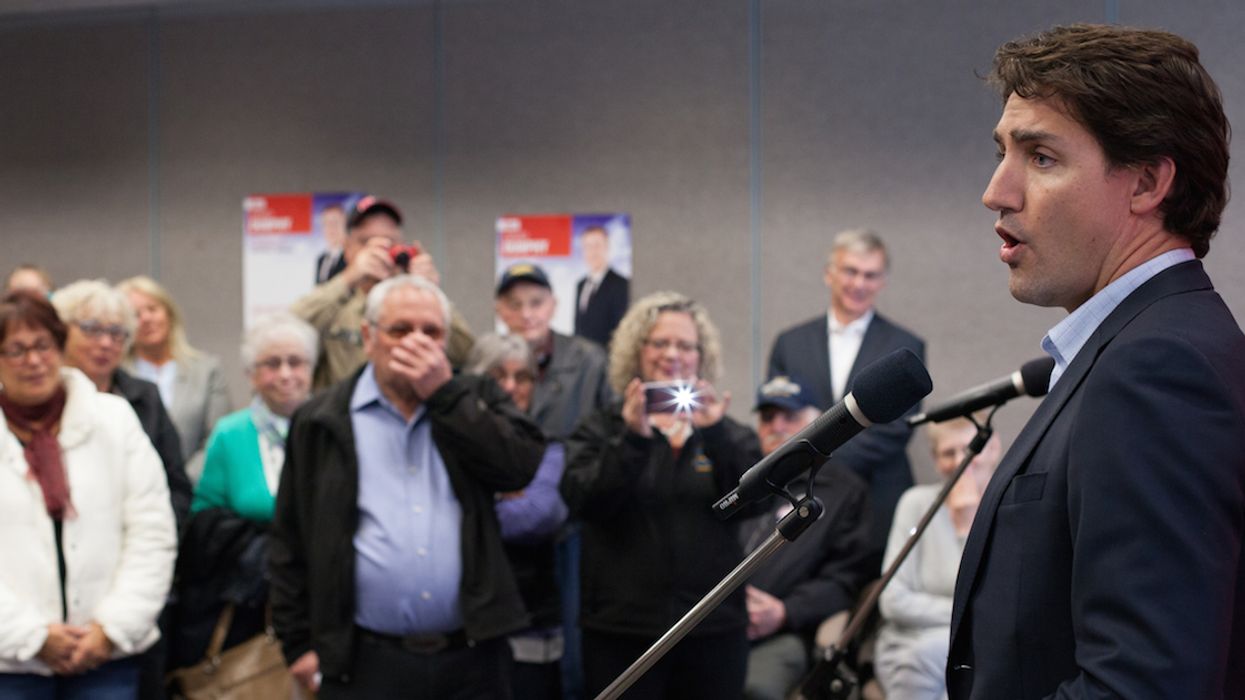 Canadian prime minister Justin Trudeau has received heavy criticism for his response to a First Nations protestor at a Liberal party fundraiser event last night in Toronto. According to reports and a video of the event, when confronted about mercury poisoning on Grassy Narrows First Nations land, Trudeau merely thanked him "very much for your donation tonight, I really appreciate the donation to the Liberal Party of Canada."

Perry Bellegarde, chief of the Assembly of First Nation, has since taken to Twitter to call Trudeau's comments "unacceptable and offensive." He continues: "he should apologize directly to people involved and should visit #GrassyNarrows and Wabaseemoong to see the impacts firsthand. Above all, it’s time for action for children and families in these First Nations."

A video of Trudeau's exchange with the protestor was posted to Twitter by activists:

"Thanks for your donation" - smugger words have never been said 🙄@JustinTrudeau is failing to help #GrassyNarrows, a key test of his 'commitment' to meaningful relationships with First Nations and to a healthy environment.#cdnpoli pic.twitter.com/vtFtPMSAZ4

PM’s comments are unacceptable and offensive. He should apologize directly to people involved and should visit #GrassyNarrows and Wabaseemoong to see the impacts firsthand. Above all, it’s time for action for children and families in these First Nations https://t.co/DYplfyommn

Jagmeet Singh, NDP leader, has also responded to Trudeau's words, calling them an example of "colonial disregard for Indigenous lives."

This is a sad example of the colonial disregard for Indigenous lives that allowed for the mercury poisoning of #GrassyNarrows to be ignored for decades.

Instead of showing respect for people fighting for clean water & funding, Trudeau sides with his rich donors to get a laugh. https://t.co/ZKpiE2HRyK

Now, the prime minister has expressed regret about his attitude and comments. "I lacked respect," he told reporters on Thursday morning.

The Prime Minister’s response to his comments on Grassy Narrows. https://t.co/JjGediTBVl

According to Global News, mercury contamination has been a problem for the Grassy Narrows First Nation for decades. Studies have suggested that Grassy Narrows members have had a shorter life expectancy as a result, the Global News report continues.

Read more about mercury poisoning at the Grassy Narrows First Nation on the Free Grassy Narrows website, which documents incidents of contamination and advocates for nation members.