Undercover Video Of Montreal's Caleche Barn Has Been Released

And it's even worse than you'd expect.
Laura Hanrahan 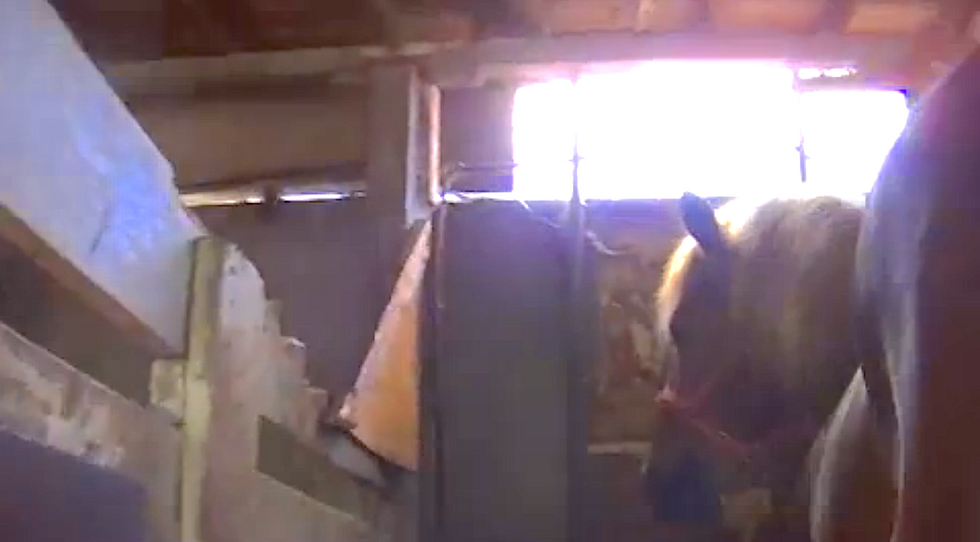 A worker at Lucky Luc, one of Montreal's Caleche barns, has gone undercover as a spy and filmed a video of the stable. He gave it to Journal de Montreal along with details on the abuse that goes on there. As you can probably expect, it's not good. They also spoke with 2 previous caleche drivers, and the news just kept getting worse.

According to the workers, the horses are kept in feces ridden stalls that are too narrow for them to properly lie down in, and sometimes the horses illegally work up to 16 hours a day (which Journal De Montreal was able to see from work reports). The drivers are also encouraged by Luc Desparois (the owner of the horses) to violate the laws when the weather is too hot.

The barn itself is kept in extremely poor condition. Because of a badly worn roof, water easily flows into the stable and onto the horses. The water also accumulates in the stalls, leaving the horses feet in a truly disgusting wet mix of hay and feces.

The health report that Mayor Denis Coderre ordered of the 50+ caleche horses in Montreal said that the horses have "never been healthier" which is just sad. The report also didn't take into consideration the living conditions of the horses, which clearly, are pretty awful. 55% of the horses had gaps in their health, which is not normal.

Journal de Montreal was also able to get an update on the horse that infamously slipped and fell on a metal construction sheet in Old Montreal, and as it turns out, despite the fact that Luc Desparious said she was not hurt and was given 2 days off as a precaution, she was in fact given 4 days off because she was limping.

Hopefully this latest addition to the ever-growing string of horrifying news surrounding the Montreal caleche horses will be enough for the city to actually do something about it.

For the full video, check out Journal De Montreal, here, and sign the SPCA petition to remove the caleches from Montreal here.