A University of Montreal study that lists all the reasons.
Laura Hanrahan 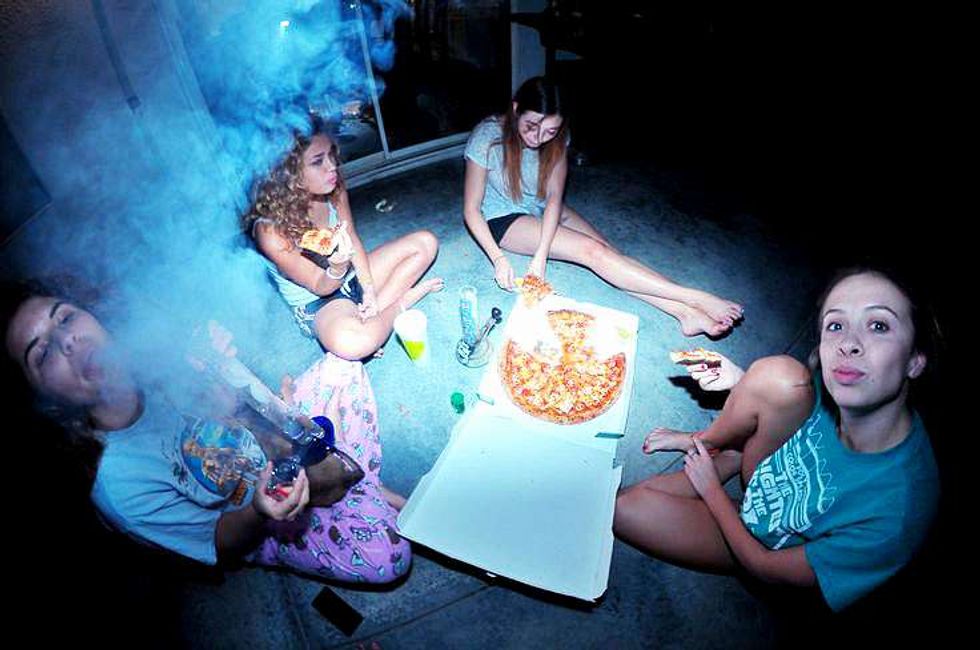 Everyone knows that smoking marijuana changes your mood, but now according to a Université de Montréal study, it can also change your weight. And no, it's not quite as simple as the fact that smoking weed gives you serious munchies - although that is part of it.

In a stark contrast to previous studies, like this 2013 study from the American Journal of Medicine which found that smoking marijuana leads to lower weight because of decreased insulin levels, the University of Montreal study has proven that there's a positive correlation between cannabis use and adiposity (AKA how much fat you have).

The study also took into account whether participants were cigarette smokers or not and interestingly enough, that caused a difference in findings between men and women.

In male non-smokers, increased cannabis use resulted in increased weight. The physiological data gathered by the researchers suggested that marijuana use causes increased activity in the hypothalamus - the part of your brain that controls hunger and thirst. So yes, the munchies do make you gain weight. But they also found that brain stimulation from the cannabinoids can result in fat deposition.

In male cigarette smokers, however, there was no positive correlation between marijuana use and weight gain - so basically you can smoke both and be skinny or smoke one and get fat - dealer's choice I guess.

For the ladies, it's a whole other story, and the results were kind of a bummer. There was no difference between cigarette smokers and non-smokers - both had higher BMIs when they smoked more weed, so there's no winning here. While this may seem weird, there's actually a lot of evidence that shows a difference between the sexes when it comes to the endocannabinoid system (ECS) in the brain (the receptors involved in appetite and mood).

I guess in the end you'll just have to decide if a couple extra pounds are worth it.

You can check out the full study here.