"Thanks for the warm welcome." 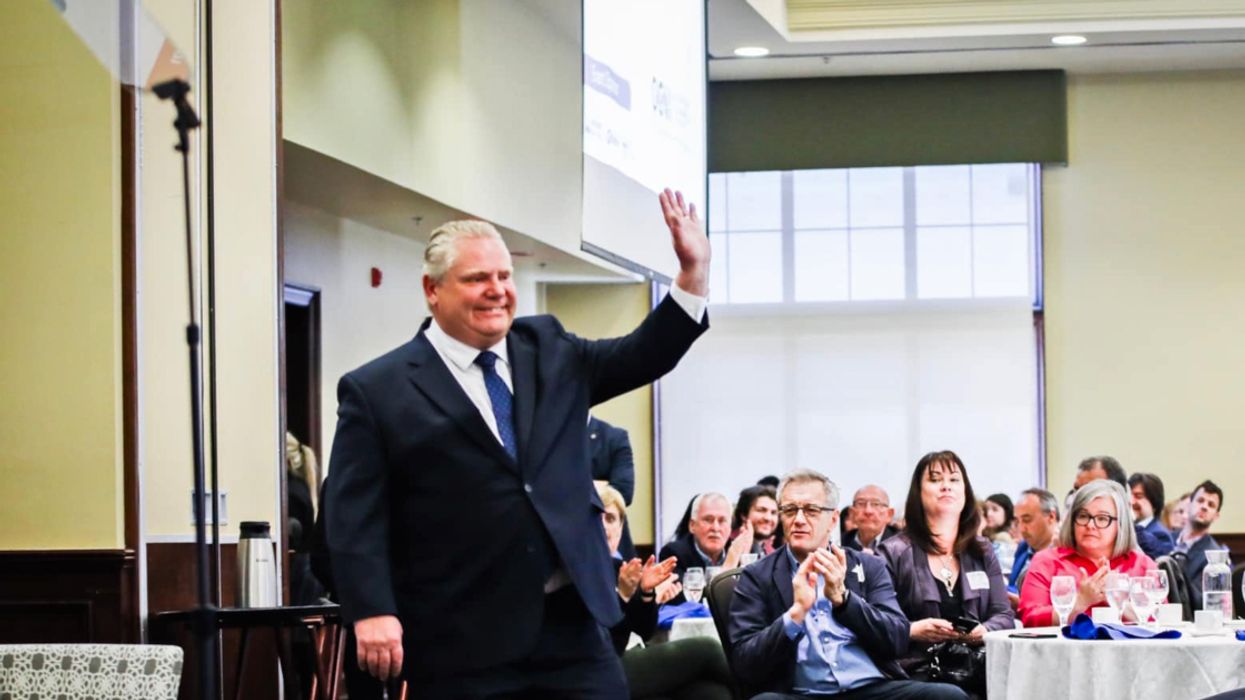 The Ontario Conservative government, helmed by the one and only Doug Ford, cut $24 million in funding for artificial intelligence research the CBC reported yesterday.

The cuts were made in an effort to decrease the current $11.7 billion deficit the Progressive Conservatives are running in the province. The funds were originally destined for two AI institutes: The Vector Institute for Artificial Intelligence and the Canadian Institute for Advanced Research.

So when Doug Ford stepped on the stage of the Collision technology conference in Toronto, it's no surprise that he was greeted with a slightly less than warm welcome. Take a look at the video below.

The crowd boos as Premier @fordnation takes the stage at #CollisionConf. This is the 1st full day of the massive te… https://t.co/ov8sdzFPz8
— Tina Yazdani (@Tina Yazdani)1558471616.0

For a provincial leader who touts the new Ontario slogan as, "Open For Business," these tech entrepreneurs feel like their business is getting shut down. The tech sector is a huge boon for businesses nationwide, but the research often relies on government funding to get new tech off the ground.

Not only does tech help current businesses, but it is also is a huge job creator, a point that Trudeau actually touched on earlier this month.

Canadian tech companies are making their mark on the world by innovating, and creating new jobs & opportunities for… https://t.co/bK0oKUdWVC
— Justin Trudeau (@Justin Trudeau)1558030554.0

The tweet above was sent out by Trudeau on May 16th while he was in Paris working on the new Digital Charter that is composed of 10 principles intended to "foster trust and transparency between citizens, companies and government in the data economy."

The PM also made his own stop at the Collision Conference in Toronto yesterday, where he was sure to mention Canada as a "global innovation hub and one of the best places to do business." While he didn't say Canada was, "open for business," we got the gist.

Wow. Massive tech conference in Toronto -- industry leaders from around the world. Premier Ford is greeted with a… https://t.co/kUJb29EGNr
— Bryan Leblanc (@Bryan Leblanc)1558472939.0

It's a bit hilarious that Ford takes the time to mention that Collision "chose" Toronto to hold the event, one of the largest tech conferences in North America. It's Canada's largest city, Doug. This choice has nothing to do with you...

And for someone that is all about creating jobs, it is certainly an interesting choice to cut funding to one of the fastest growing commercial sectors working for our economy right now.

My only lingering question is this: when he says, "Thanks for the warm welcome," is he revelling in blissful ignorance? Or giving a little bit of sass?