The massive gator is famously known as "Humpback." 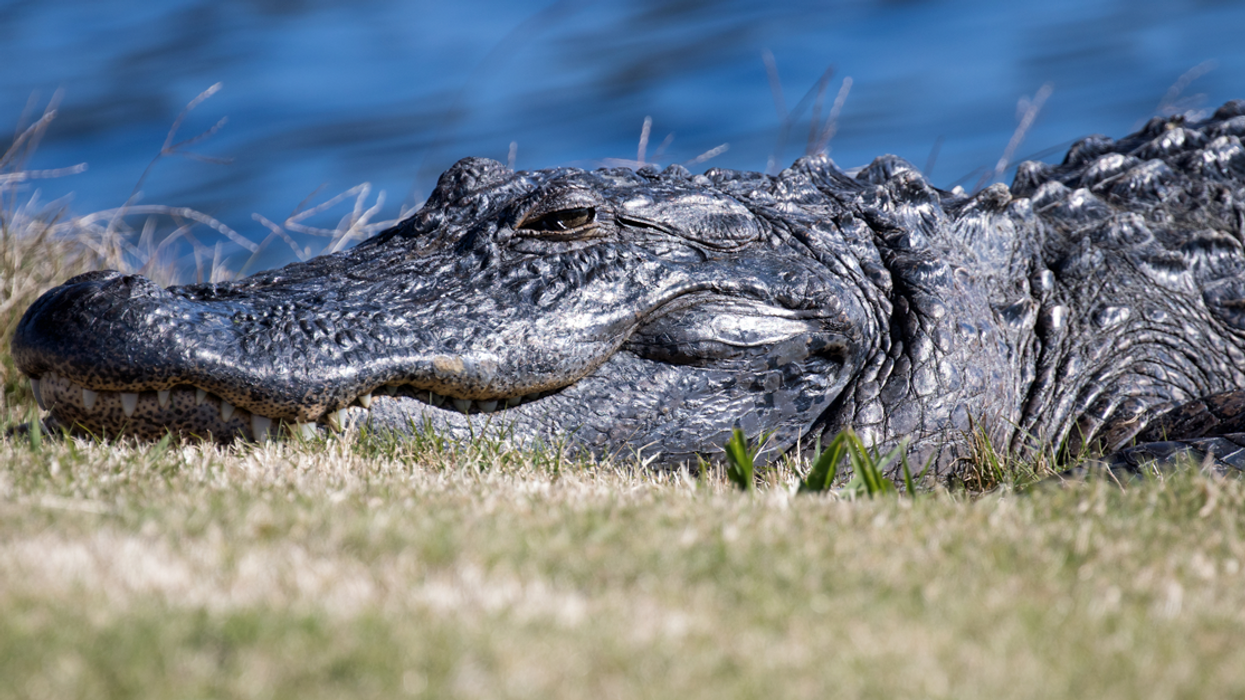 When you go on vacation, it's important to learn as much about the area you're visiting as you can. The government of Canada regularly posts travel advisories for residents leaving the country, but some precautions are more mundane.

One of the more important but least talked about subjects to educate yourself on when travelling, for example, concerns the animals that can be found in the area, specifically dangerous or larger creatures.

This is one thing a Canadian couple visiting Florida might have wished they took into account after crossing paths with an enormous alligator.

TL;DR The video below shows a Canadian couple crossing paths with a giant alligator during their hike along a trail in Florida. The couple is clearly shocked by the massive reptile as it nonchalantly passes just a few meters in front of them. The alligator is famously known in the area as "Humpback."

According to The Weather Network, Richard and Kathy Faulkner were taking a walk along a Florida trail when the giant reptile casually strolled by, only a few feet away from Kathy's feet.

🐊 ONLY IN FLORIDA | A Canadian couple whip out their camera in time to catch a massive gator crossing a Lakeland trail.

Snowbirds Richard and Kathy Faulkner caught this giant alligator on video at the Circle B Bar Reserve in Lakeland. @abcactionnews pic.twitter.com/AZ17stUB12

The situation definitely could have taken a turn for the worse, as it is a wild animal. Fortunately, the alligator is pretty famous in the area, even being named "Humpback" for its tremendous size.

In the video of the confrontation, it looks like the alligator could care less about its "fans" while they cross the trail to the other side of the swamp.

You can also see from the video how huge the beast actually is compared to a human.

Needless to say, it looks like this Canadian couple was pretty shocked by their encounter on their vacation!