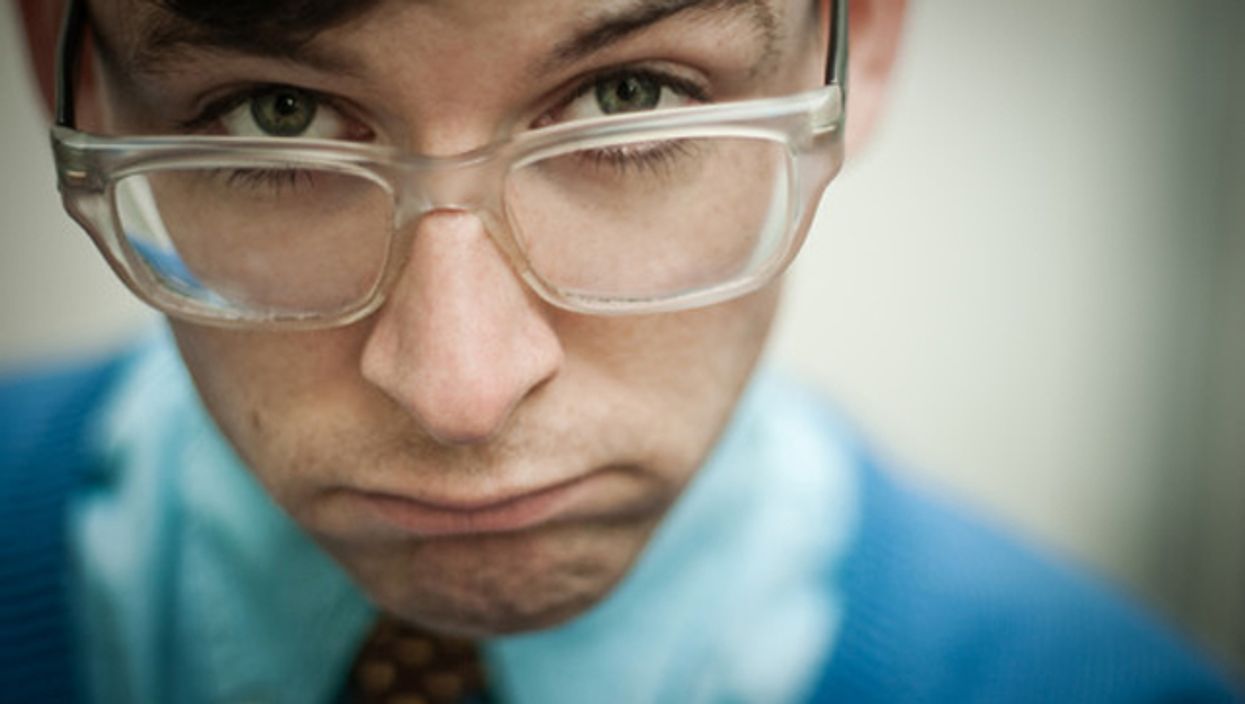 A lot of the Just For Laughs shows and galas are large events, with hundreds of people in a giant theater watching one performer. Some comedians and spectators feel a comedy show should be a bit more intimate, to allow a real rapport between the comic and the audience. That is what 'Off-JFL' is all about, and MTL Blog had the chance to chat with rising comedic star Moshe Kasher about his string of Off-JFL performances at Theatre Sainte-Catherine.

Moshe Kasher returns to JFL for his fourth time and is looking forward to the festival as 'just another fun weekend in comedy.' Known for his witty quips and hilarious insights, Kasher promises that 'this particular show is totally different.' For those who have seen his recorded stand-up special (available on NetFlix), rest assured that this performance will cover entirely new ground and 'incorporates a lot of stuff about...childhood and being in a first relationship and figuring out how that works.” But don't worry, Kasher still points out that “I’m still just an idiot” and fans of his previous work will not be disappointed.

Kasher is known for his unique style of comedy, which sometimes includes some fairly esoteric references. He literally made a bit out of Dante's Inferno. Commenting on his specificity, Kasher noted that 'I don't do that on purpose. I think that people appreciate specificity and I'm sure the audience doesn't always know what the references are, but they always appreciate it anyway.” Audience participation is another aspect of Kasher's comedic style, as he “likes to metaphysically step down into the grime of the people. I talk to the audience and I prefer it that way in a more intimate venue.” Expect some great improv and witty one liners as Moshe Kasher integrates the audience into his performance, for hilarious results.

Outside of the world of comedy, Kasher recently published his memoir titled Kasher in the Rye: The True Tale of a White Boy from Oakland Who Became a Drug Addict, Criminal, Mental Patient, and Then Turned 16. The book covers Kasher's real life experiences, a marked change from writing comedy for a stage persona. Kasher found that after the memoir had been published, it was “strange that people know me before I knew them, its a naked experience.” Don't get too excited, Kasher's Off-JFL shows will be fully clothed.

While Kasher will not be hitting up the breakfast buffet at Super Sexe, you can find him doing shows from July 18th-27th at 9pm at Theatre Sainte Catherine. For those looking for an intimate night of comedy with a very witty comedian, be sure to check out Moshe Kasher's Off-JFL performances starting this Thursday.