The new Harry Potter Vans will be available this week! 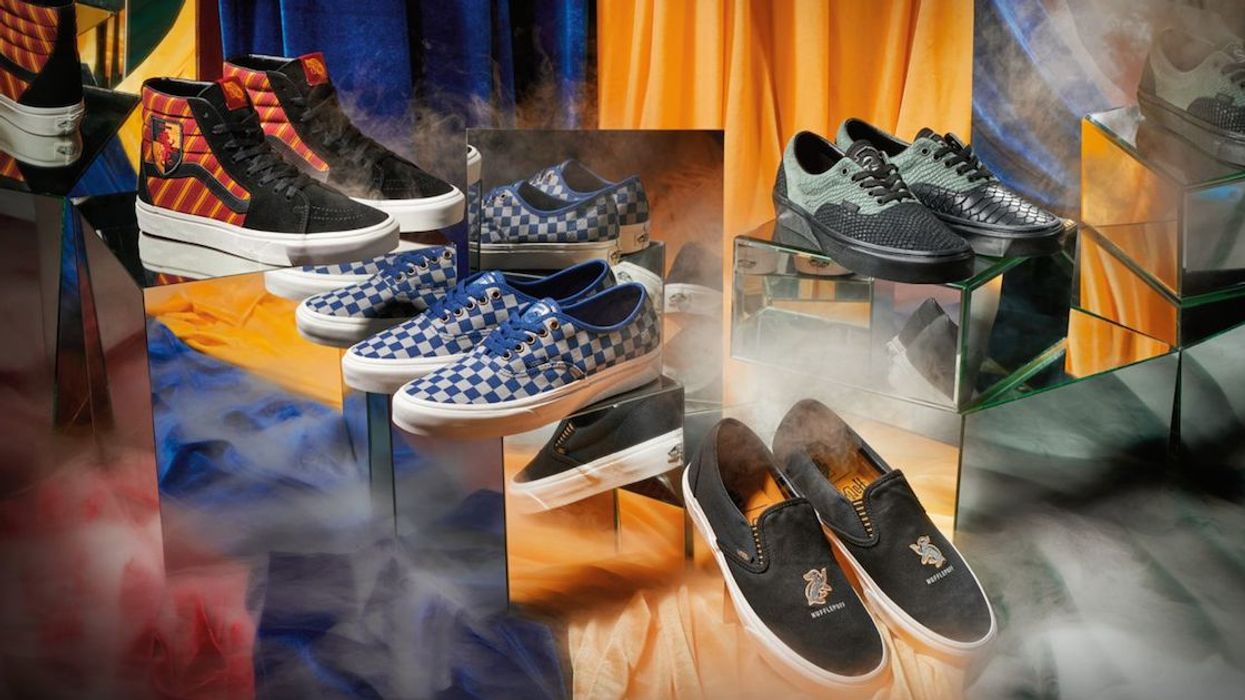 News that Vans, the ultra popular sneakers brand, was partnering with Warner Bros. to release a new line of Harry Potter-themed shoes sent waves through the Potterdom. Vans was mum about the details, put promised on Twitter that the new shoes would be available "soon."

Now, we finally know when Vans is releasing the collection. The company is reportedly poised to drop the new shoes as soon as this Friday! Altpress reports that the Harry Potter line of Vans will be available for purchase on Friday, June 7. Hypebeast further claims the shoes will hit the market at 10 AM EST.

An earlier Hypebeast article offered a first glimpse of the new collection, which will include, among other items, 4 different shoes inspired by the colours of the Hogwarts house. Other photos posted online suggest a least a few additional shoes with patterns inspired by other Harry Potter plotlines.

"Named and styled after each house from the Hogwarts School of Witchcraft and Wizardry, Vans will release four exclusive colorways in an equal number of Vans’ classic silhouettes," the website promises.

"To complete the collection, Vans x Harry Potter will announce additional footwear styles alongside a selection of men’s and women’s apparel and accessories. Whether goofy foot or regular stance, Gryffindor or Slytherin, the Vans x Harry Potter footwear and apparel collection will appeal to all enthusiasts of Vans and the Wizarding World."

Uggggh! Deciding to be responsible instead of immediately buying the vans x Harry Potter collab is the hardest thing I have to do
— Pizza Nut (@Pizza Nut)1559749152.0

For more information about the forthcoming release of the Vans x Harry Potter collection, you can sign up for updates on the Vans website here. You can also read more about the collaboration through Altpress here.