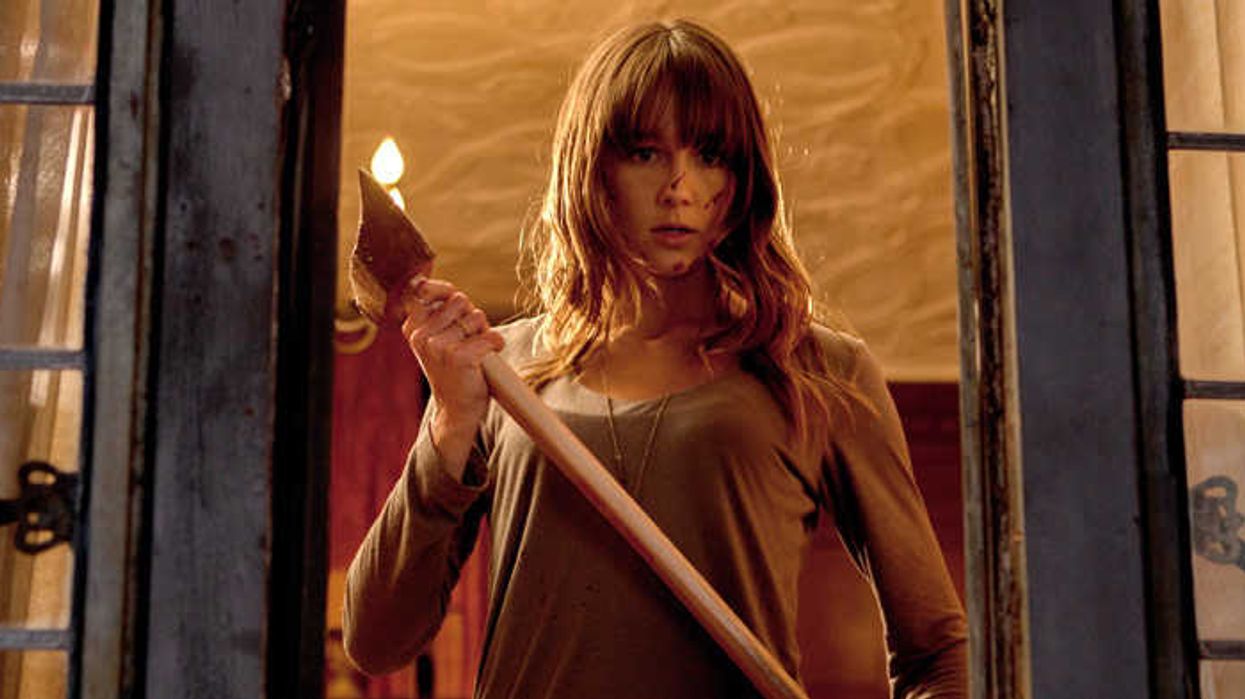 Everyone remembers what high school was like. Bell rings, go to class. Bell rings, wait in the lunch line - only to be attacked from the rear, have your money stolen and then forced to sing “What a Wonderful World” as a group of bullies rip the pants off you. Okay, maybe that’s just me, but it’s ironic because high school can definitely be the opposite of a wonderful world, and so is the case in Matt Johnson’s highly thought provoking film The Dirties, which has just been picked up for distribution by Mr. Kevin Smith.

In his feature film debut, Canadian director/writer/leading star, Matt Johnson tackles some extremely controversial topics like gun violence in school, yet has the uncanny ability to compliment it with profound themes of friendship, and even has the chutzpah to blur the lines between reality and fantasy.

Matt plays himself alongside his best friend Owen Williams, who also plays himself. The two go to high school together and find themselves being mercilessly bullied by a group of teens they have dubbed “the dirties.” To cope with the constant bullying, the two shoot a short film for a class assignment titled “The Dirties,” a fictional tale about the two going on a shooting rampage, exacting revenge on the bullies who have wronged them. The two are continually followed by what seems to be one or two filmmakers, filming their short film as well as everything behind the scenes, giving us, the audience, an intense closeup on who they are as people.

As Matt and Owen present the rough cut of “The Dirties” to their teacher, he is in shock to have witnessed that Matt had doctored a scene he had filmed with them, resulting in the two boys blowing him away in a hail of gunfire. Up to this point, The Dirties was an extremely comical film about the every day struggles of two likable kids getting their asses kicked by the most annoying bullies ever. But then, this scene happens, and the gears begin to start shifting; the audience is witness to the monster that Matt is becoming. He begins to obsess over the film and decides to shoot a sequel, where this time he says, the murders will be real. As Matt begins to lose grasp on what is fictional filmmaking and real life, his relationship with Owen begins to disintegrate, eventually leading himself to the cusp of the finale, with a hockey bag filled with guns; about to film the climax of his movie alone.

There is so much to love about this movie. it brings us back to a time in our lives that were so amazing, yet so difficult at the same time. High school was definitely a different experience for everyone, but Johnson nails the essentials of secondary school, finely presenting us deep, emotional friendships like the one shared between Matt and Owen, and all the complications that accompany them. Mumblecore style scriptwriting can be disastrous and lazy, but Johnson’s use of it exponentially added to making the friendship more legitimate. Johnson also does an awesome job with the camera, subtly picking out faces and spaces, identifying key situations as turning points in the story.

The story itself swings around a ton of different themes, making it a little difficult to figure out what exactly the film is about. Obviously, a major theme that is present throughout the whole film, is bullying. When you watch this film, you think about bullies, how shitty they are, and how it needs to stop. But that’s just a sliver of what The Dirties is about. It dives deeper than just its surface bullying story. It’s also a story about friendship, a strong one at that. The Dirties can even be considered to be a buddy, bromance film. Hell, it’s even a film about gun violence in school. There are moments in the movie where you just sit back, watch and say “Seriously? It’s that easy? No security?” The Dirties dangerously dabs its pen in some murky ink. It deals with mental states, how the mind can go from one way of thinking to another almost instantly. Johnson brings up the question, are all school shooters bad people? What do people do, what do they think to get in such a position? Although all extremely deep topics - all of which add to the credibility of Johnson’s debut feature - it still kind of feels that there’s no real focus or theme to the movie. This makes it a little bit harder to get around the film, but perhaps that’s what the director intended.

Matt Johnson’s debut, The Dirties is a foray into a taboo-esque topic that many people will write off immediately. Although a controversial topic to center around the film, The Dirties touches upon far more, and I mean far more than just guns and school shootings. It deals with teenagers’ way of life, and how a life can be so easily shaped by the influences around it. The Dirties might be a film with a controversial premise, but it’s a film with enough balls to confront it, and that makes it pretty damn awesome.

Everything You Need To Know About Montreal Comiccon 2015

Your chance to geek out with Aquaman, Hellboy, Doctor Who, and more.
Arlow Laliberte

Hope y'all have got your finest capes, utility belts, wings, scepters and hammers ready, because Montreal Comiccon is back! The international fan convention showcasing the best in comics, sci-fi, horror, anime, video games and more, returns for its 7th edition and will yet again bring with it some of the world’s biggest entertainment heroes (and villains!).

Montreal Comiccon has grown leaps and bounds since its inception back in 2006, but this year's edition will be bigger and better than ever. So big in fact, that it will be held this summer (instead of the fall) and will take over an entire floor of Palais des congrès for 3 full-days of pure geek overload!