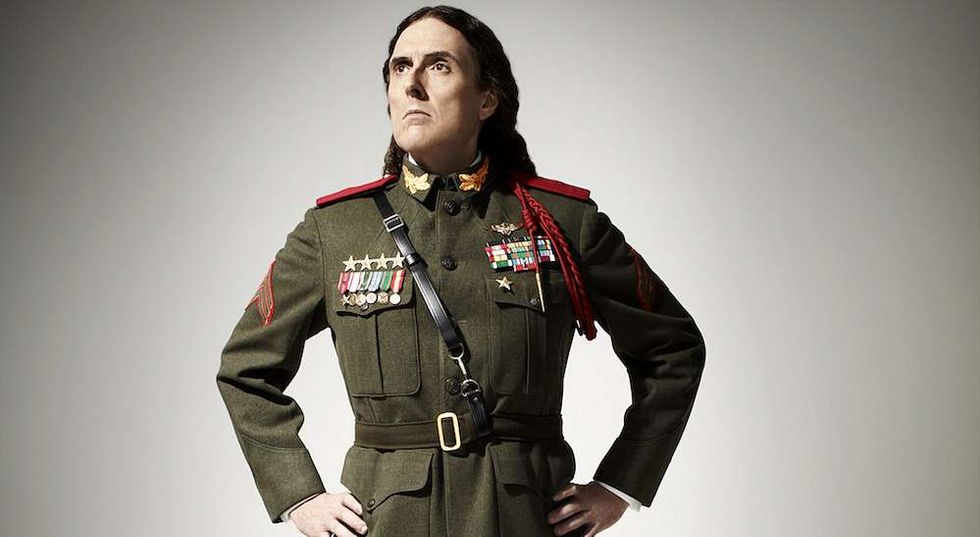 Everyone's favourite parody song writer is making his way to Montreal this week for the Just For Laughs festival. But unlike most of the big-name performers, Weird Al's show will be completely free - and outdoors!

You'll be able to catch him tomorrow July 21, 9pm, at the Videotron Stage, which will be set up in the centre of La Place des Festivals. We're sure he'll be performing some of his new material, like his version of Pharell's Happy (Tacky) and Lorde's Royals (Foil), but we hope he busts out some of the classics like Eat It, White & Nerdy, and Amish Paradise.

For anyone that isn't familiar with the musical genius of Weird Al, he's essentially a master when it comes to parodying songs. So much so that he just released his 14th album, Mandatory Fun, which, in classic Weird Al style, targets the most popular songs of the year.

We're excited to see what Weird Al has in store for the crowd here in Montreal.

Check out the Just For Laughs website for more information.