What Apartments Look Like In Montreal's 'The Olympic Village'

As good as gold. 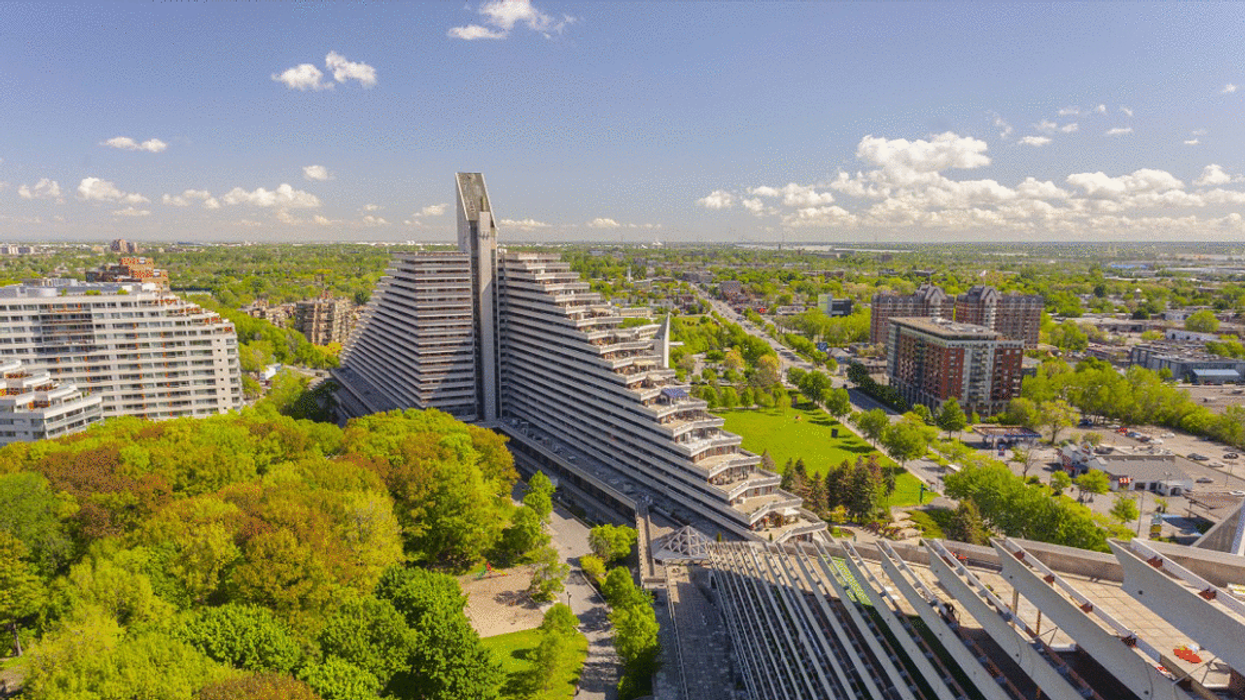 It's one of the most unusual looking buildings in Montreal (after Habitat '67 of course) and yet you probably have no idea what it looks like on the inside.

It's called the the Olympic Village, but it's also known as the the olympic pyramids, and the Grand Hotel. It was built to serves as a residence for athletes during the 1976 Olympic games.

There are currently several units available to rent and the prices are actually pretty reasonable:

Here's what the building looks like on the inside.

This Is What The Tokyo Olympic Village Looks Like, According To Quebec Athletes (PHOTOS)

Their snapshots are making us emotional.

Team Canada's athletes — particularly its female Olympians — have been kicking butt at the 2020 Olympics while living it up in Tokyo's Olympic Village since the start of the Games on July 23, and they've been giving us all a glimpse of their experience on social media.

Habitat '67 is by far the most famous housing complex in Montreal, so it's no surprise that when one of  these units go on sale, they don't stay on the market for very long.

And this next one is particularity special, because it happens to be one of the rarest units in the entire complex: The penthouse.

Toronto Will Soon Have It's Own Montreal-Style "Habitat '67" Building

Made entirely of wood.
designboom

Some Austrian architects have undertaken a pretty insane project in Toronto.

They are planning on building an 18-storey residential building made almost entirely of wood.

Relive one of the city's greatest moments.
Jeff Egnaczyk

Ah, Expo 67. In my opinion, this event - which went down in the city exactly 50 years ago, BTW - was pretty much a shining star in the history of Montreal, and in Canada as a whole, if we're being honest.