This footage is unreal. 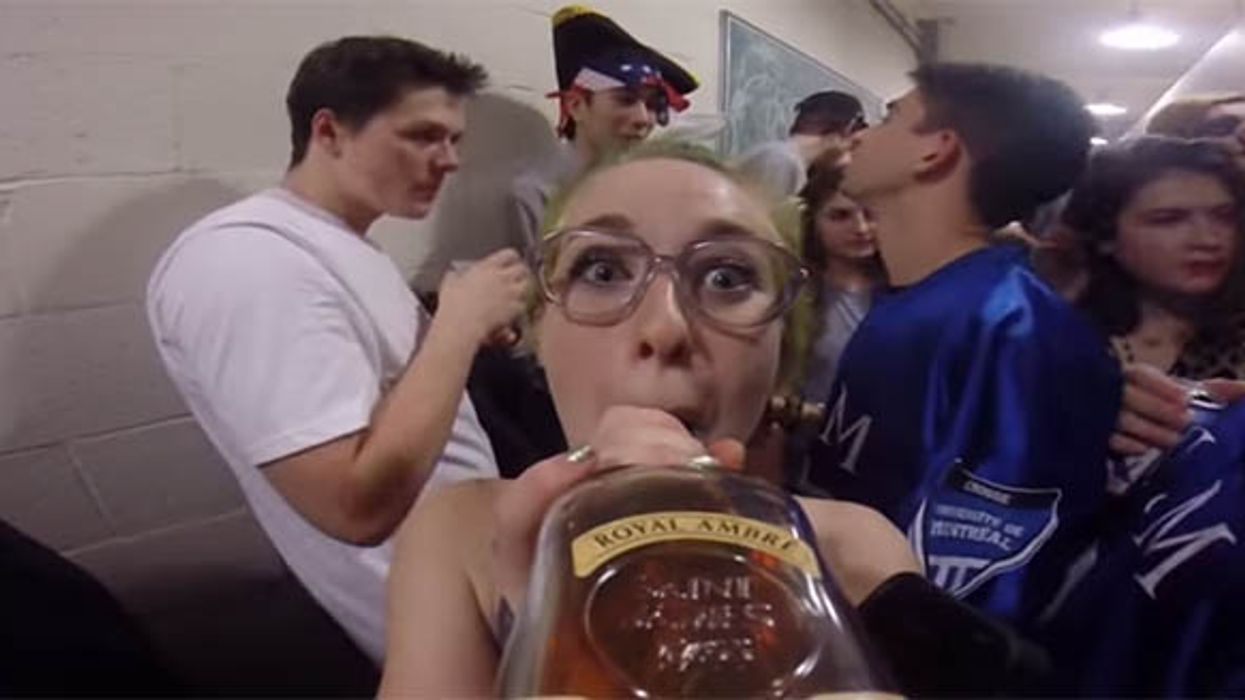 Halloweekend may be long dead but you're probably still reeling from your hangover, at least you would if you were one of these McGill kids, who got wasted and recorded it all on a GoPro.

Inspired by the shot-cam wedding video that blew up on the web a last week, a couple McGillians decided to document their Halloween party by strapping a GoPro to a bottle of tequila, recording every costumed person who took a shot.

McGill kids, see if you spot yourself. Everyone else, watch the magic that is Halloween + alcohol below.

Thanks to Caleb Zalaznick for sending the video our way and Loft Boys Productions for creating this living piece of Halloween history.

Looking for more? Click here for 10 Ways A Montreal Man Can Step Up >