What To Watch On Canadian Netflix In December 2013

This is the stuff that doesn't suck on Canadian Netflix.
Alex Melki 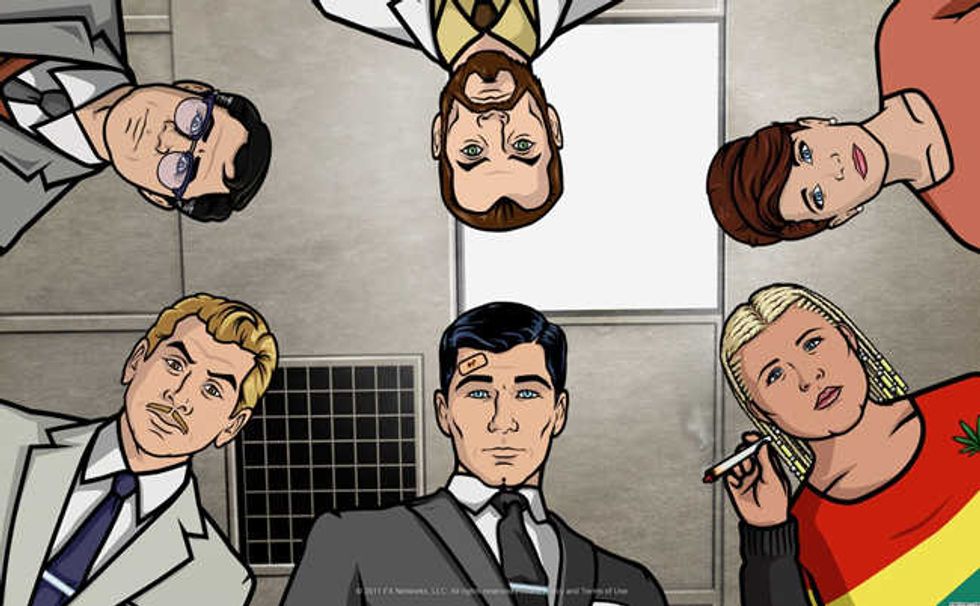 It's no secret that Canada's Netflix selection is freakishly lacking next to it's US counterpart. Your semester's over, you've got a few days off from work, you're snowed in by a Montreal snow storm. Whatever the case may be, we found the best of the best on Canadian Netflix so you can get straight to the good stuff!

This is a little gem of a movie that had a limited release in only a few cinemas. Sam Rockwell brings his a-game in one of the few movies to actually make you feel like you're losing your mind. It has shades of Stanley Kubrick's 2001: A Space Odyssey with a more grounded story line that will have you glued to the screen until the twist ending. Which will blow your freakin mind! Definitely a must watch!

If you've already seen it, watch it again. If you've NEVER seen it stop reading this right now and take a moment to reflect on the past decisions you've made in your life. Because chances are, if you skipped out on one of the greatest television dramas of all time, there's a good chance you've been fucking all kinds of shit up. This is your chance to watch the show everyone has been obsessing about, including Sir Anthony Hopkins.

If you like musicals, you will like Hamlet 2. If you cringe at musicals, you will LOVE Hamlet 2. This is the story of an alcoholic failed actor who needs to come up with the greatest play he can in order to inspire his drama students.Yes everyone in Hamlet died, but that's where time travel and a sexy Jesus come in! It's got a great cast, some of the funniest writing in an indie film, and an endearing story line.

Okay, let's tally this up. Seth Rogen, Jason Seigel, and Jay Baruchel. Check. Charlie Hunnam aka a Jax from Sons of Anarchy (when he was a twig of a lad). Check. Cameos by Adam Sandler ,Will Ferrell, Ben Stiller, Amy Poehler, and Kevin Hart. You got it! Do yourself a favour and watch the only season of this fantastic sitcom which, along with Freaks and Geeks, launched the careers of many A-List actors!

This movie based on is dark, depressing and devoid of any warm fuzzy feelings. If you're looking for something to watch after you just finished Love Actually and the Notebook, this isn't for you. You'll be immersed in one of the most detailed and well realized post-apocalyptic environments in modern-day cinema. This tale of father and son staring Viggo Mortensen (The Lord of The Rings) shows how shit the human condition is when pushed.

This Emmy nominated Netflix original is not your average dreary and talkative political show. Backstabbing and political sabotage is backed by a strong cast and compelling storytelling. Binge watch the first season that casts Kevin Spacey in one of his most electrifying roles yet as Frank Underwood.

Whether you live or hate Tom Cruise, do yourself a favour and put aside your qualms with Scientology and watch this film. It plays out like a trippy dream sequence: Just when you think it makes sense, it flips you on your head. Expect many twists, ultimately warranting multiple viewings.

From my experience, you either love it or hate it. Starting off with the most expensive TV pilot in history, LOST is a fantastic story with more mystery than you can deal with. It actually requires analytical thought process to keep up with the intricate storyline,and the final season has fans divided, but this masterpiece warrants a viewing by the uninitiated.

Whatever happened to Clive Owen? Well regardless, Shoot Em' Up was his greatest contribution to the over-saturated action film genre. It has a great soundtrack, and the most ridiculous and violent action scenes you'll ever see. A shoot out in mid-air at 15,000 feet to AC/DC's "If you want Blood" seals the deal.

The internet loves and openly quotes from arrested development. And so they should, this is one of the funniest shows that ever was (And is!) as Netflix just pushed out an exclusive fourth season. Binge watch the show that made the world fall in love with Michael Cera, add a dash of Jason Bateman and a genuinely funny cast.

Two funny British actors go on a restaurant tour, eating a bunch of food and practicing their impressions of other actors and characters. It's simple, endearing, and really funny. Something to watch on a lazy Sunday, or while there's a blizzard ravaging Montreal.

Jim Carrey is actually a phenomenal dramatic actor, and his acting chops are front and center in this mind-fuck of a movie. Add Kate Winslet and Elijah Wood for some substance to a story that is likely to make you question your sanity, and you're in for one hell of a ride. Watch, discuss, repeat.

"Archer" is NOT your little cousin's Saturday morning cartoon. It's a hilarious parody if the secret agent genre that comically boasts self-awareness. The characters are your typical, generic spy-themed grunts, but their personalities are so outlandish that you'll understand why it was just picked up for a fifth season.

Did this help you out a bit? What would you suggest? Let us know in the comments below.