What To Watch On Canadian Netflix In February 2014

The best of what Canadian Netflix has to offer.
Alex Melki 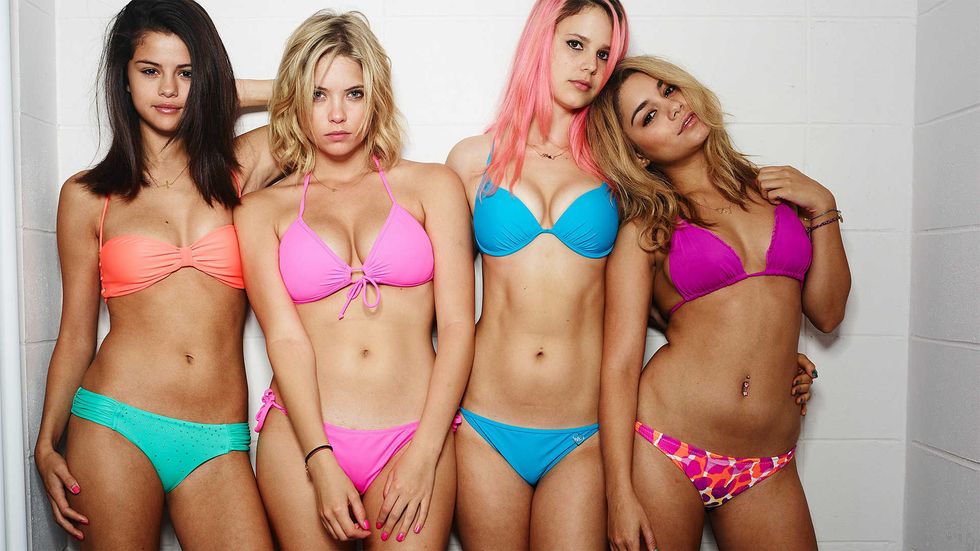 February is such a random month. More snow and no big holiday other than Valentine's Day for you love birds. this mean it's time for another edition of what's actually worth watching on Canadian Netflix. Because wouldn't you rather spend an hour watching a movie than looking for one?

Now look, February means Valentine’s Day is around the corner. And what would this month be with ought at least one rom-com to warm your heart. Traditionally, guys have been meticulously coaxed into watching flick like The Notebook. Well, this is no Nicholas Sparks adaptation. You’ve got Chris Pine (James Kirk of Stark Trek fame) and Tom Hardy (aka Bane from the Dark Knight Rises) fighting for the affections of the still hot Reese Witherspoon. It’s spy vs. spy and the stunts these two dude pull make for the first guy-oriented romantic comedy. Dudes, it’s time to do the coaxing.

Based on the highly successful and much darker graphic novel of the same name. This is the story of a group of survivors making their way through the aftermath of a zombie apocalypse. It’s as awesome as it sounds, when there are zombies around. The first season or two does have some lengthy conversational episodes. but just as your faith in the show is at it’s end, an absolutely insane zombie attack takes place! If you’re a fan of zombies, or you’re just sick of being the only person in the your circle of friends who hasn’t seen it yet, this is for you!

This is a "based on a true story" flick that sports fans or anyone with a freakin heart will like. Add to that a chunky Jonah Hill (a fan favourite) and the man of men Brad Pitt, and you've got yourself one hell of a good show. This is also the movie that kickstarted Jonah Hill's "serious" acting career, and what caught Martin Scorsese's eye when casting him in Wolf of Wall Street. A feel good movie that'll motivate you to get up and wash the dishes after a shitty day at work.

A terrifying horror flick from the master of horror Stephen King. A massive mist shrouds a small town, and people outside start dying. The reason this movie is so good is because you don’t really know what’s out there, but you know that if you go outside you’ll most likely die. The fear of not knowing makes for more inventive storytelling than any film in the Saw series. And the dark ending!

HITCHHIKER'S GUIDE TO THE GLAXY

You know a movie is going to be good when the earth gets destroyed within the first 10 minutes. Go on a crazy journey through the galaxy with Martin Freeman (who’s now exploding on the big screen in The Hobbit and on the small screen in Sherlock), indie heartthrob Zoe Deschanel, and hip hop legend Mos Def. There’s some dark humour and a few light-hearted jabs at the shortcomings of the human race. If you haven’t already, watch this movie ASAP.

Ang Lee’s masterpiece was just freshly out of theatres, but this might be one you’ve been putting off for lack of interest. I’m going to stop you right there. This is one of the most fantastic films you will ever watch. The story carries a message about life, religion, and what it means to be human. The cinematography, computer generated imagery and overall production is awe-inspiring. You could literally pause the movie at any moment, print it out and frame it. It looks that good. Not to mention one of the most terrifying boat singings you will see on film, and a couple scenes shot in Montreal's Old Port. Check it out!

David Duchovny definitely took a leave of absence from the nerdfest that was The X-Files. Duchovny's character on Californication could not be farther away from the alien- obsessed FBI agent he once played. Instead, you'll be tagging along for a slew of sex-driven escapades and one night stands. Duchovny plays a writer and father with a pretty insatiable sex addiction. Ironic since this kind of happened in real life as well. You'll be engrossed by the lavish lifestyle and Duchovny's quick-paced "I don't really give a fuck" attitude.

I know what you’re thinking, this movie is trash. You’ve either seen it or you’ve read the reviews. Well here’s the thing. You need to check this out first. This analysis will take the mediocre movie which stars a Riff Raff stylized James Franco as a gang banging rapper, alongside Disney’s sweethearts Vanessa Hudgens and Selina Gomez, to new heights. At the very least, watch it for the triply visuals and girls in bikinis.

Matt Damon puts on a fantastic performance as he and his daughter make their way through the starlings of what could be the end of humanity. A virus outbreak begins wiping out massive pockets of the population. If you don’t have a habit of washing your hands on a regular basis, this movie will scare that habit into you. And the ending doesn’t exactly end the way you’d expect, classic hollywood cookie cutter script is thrown out the window.

The show just celebrated it's 50th anniversary this year. It's one of the most recognizable franchises in TV history, and rightfully so. This is without a doubt one of the best shows to have ever been. The reason it's so good is because of it's ability to be so many different things. One episode is a space opera in the future, the next is a western, followed by a renaissance vampire story, and a visit to the Big Bang. Don't get caught up in the fact that there have been 12 actors playing the same character over the years (think of it like a sci-fi James Bond). Now one piece of advice: Watch seasons 5-7, then seasons 2-4, then season 1. the story still makes perfect sense (thanks to time travel), as each of those starts off with a new doctor. Additionally, the production value in season 5 will make you stick around. The first season is cheesy at best.

Tony Jaa is this generation's Bruce Lee. And just as people's attention spans got shorter, action movies needed to be quicker. Well The Protector is what happens when you take a martial arts movie and sprinkle copious amounts of cocaine all over it. It's fast paced and utterly badass. The movie is uncompromising in the on-screen injury department, and Jaa does all his own stunts. Thrown a pizza in the oven and get ready for the shitstorm about to go down.

Aziz Ansari is amazing on Parks and Recreation and his stand up has always been good. but the times are a changing, and Aziz decided rather than charge $20 a pop to get his new comedy DVD, he’s gonna release it on Netflix! If you’re familiar with his stuff, you can expect more qualitative comedy. If you have no clue who this little dude is, stop what you’re doing and watch Aziz Ansari: Dangerously Delicious.