What To Watch On Canadian Netflix In March 2014 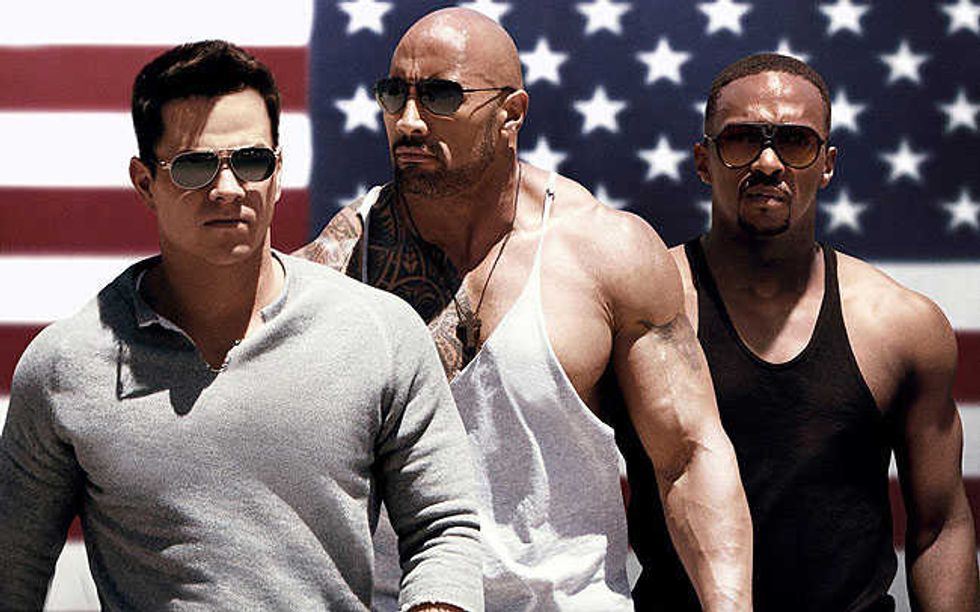 Sure March heralds the start of spring. But as all Canadians know, this means absolutely nothing. We've got quite a bit more snow to fight through before we can consider any sort of Canadian weather "spring-like". So to get you through the next few weeks, here's the good stuff on Canadian Netflix you can binge on!

Because spending time looking for things to watch is time you could spend binge watching great content and binge eating cookie dough ice cream until you hate yourself.

Michael Bay took a break from making billions with the Transformers franchise to pump out his first good movie since Bad Boys 2. Now hold the phone, I'm not saying Pain & Gain is Bad Boys 2, but it is one of the most entertaining flicks I've seen in a while. Much like Wolf of Wall Street, the movie is so much fun to watch because of how ridiculous and borderline unbelievable he storyline is. This movie is so over the top that you might think some of the scenes have been exaggerated. But they will literally pause the movie at one point just to remind you that this is actually based on true events. Throw in a JACKED Mark Whalberg and Dwayne "The Rock" Johnson, pumping out some pretty stellar performances, and you're in for a good time!

Before Jonah Hill became a two-time Oscar nominee, he was that fat kid with a heart of gold looking to get laid. And this is even before Superbad. There's a chance you missed this absolute gem of a film co-starring Justin Long and Blake Lively with a dash of Lewis Black. The plot revolves around a group of friends not getting into college, so instead the start one of their own. The South Harmon Institute of Technology (aka S.H.I.T.). It has that classic 80's college movie formula that makes for a few heartfelt moments amid a torrent of sex-driven subplots. Also, Jonah Hill was massive and dresses like a hot dog, so there's that.

This one is without a doubt a classic. If you've seen it, you know exactly what i'm talking about. If you haven't, then I'm sorry that your childhood was one of sadness and lacked the presence of Robin Williams. A board game, named Jumanji brings forth the unforgiving fauna and wildlife of the deepest darkest jungle to harm those who play it. It's essentially the original Angry Birds. Now while no one other than your grandma and that hipster friend you had in CEGEP actually plays board games anymore, this is such a fantastic movie that it'll make you want to pull out Monopoly. Only to realize that shit takes forever to play and destroys friendships.

Remember when Mathew McConaughey was in classic Stone flick Dazed and confused? Now he's all wining Oscars and being an A-LIST celebrity. Well in between this journey of attainment, McConaughey did a couple pretty sweet adventure flicks! Cue Sahara, a modern day treasure hunting adventure that seems to be part the Mummy, part National Treasure. Add to the cast the crazy hot Penelope Cruz and the absolutely hilarious Steve Zahn and you've got a globe-trekking buddy move with a dash of sexy thrown in for good measure.

This is basically a british version of Superbad, only kinda better. It follows the main lead Will, a nerdy prepy kid after he moves to a new town and hits up a new school. Makes friends with a couple of likeable losers and ends up in some pretty hilarious situations. The characters are sincere and the humour can go from kinda tame to straight up crude. And the disproportionate series of jokes make for an unpredictably funny show. Oh, and get ready to hear "BOLLOCKS!" a whole lot.

Ever wonder what would've happened in the final season of Entourage if Ari Gold accidentally got transported back to the UK in the years leading up to the first World War ? Well if you did that's strangely specific, I like your style and I think we should hang out. But that's exactly what Mr. Selfridge is. Jeremy Piven is an outstanding actor with incredible range, but man does he kill as a hard ass. The story here is based on the real life of the American founder of Selfridge's, a department store in London. Watch for Piven and keep watching for the suave sets, characters and storyine.

This is a documentary you absolutely want to watch. Orcas are massive, beautiful animals, but in the wrong conditions they can be led to show humans why they're also known as Killer Whales. This is a dark tale of the mistreatment of some of nature's most majestic mammals for the commercial gain of a few people. It's safe to say you won't be going to Marine Land anytime soon after watching this.

The world of wall street has been the setting for many films before this year's The Wolf of Wall Street. And there is almost no film better suited to that dark and morally ambiguous world than The Firm. Enter a very young pre-Oprah-couch-jumping Tom Cruise in a role he absolutely killed at. And as an added bonus Garey Busey makes an appearance as well!

It's so easy to say that Michael Cera is constantly being typecast as the awkward nerdy kid. Largely because outside of his few minutes inThis is the End, he basically is. HOWEVER, Youth in Revolt has Cera being pushed to the limits of his nice guy persona by the power of heartbreak. and so he must become a bad ass. It's absolutely hilarious to see Cera acting like a 1960s action movie lead, fully equipped with fake moustache. It's not super mainstream as a film but definitely warrants a viewing for some "outside of the box" Michael Cera.

You forced your parents to pay for all those books every time your class got a Scholastic pamphlet. You stayed up on weekdays to watch the show after dinner, only to realize that creepy puppets and demon masks are fucking terrifying. Well now you get to do it all over again! Jut watch the show's intro for a one way ticket to nostalgia town, population you and a pee-soaked pair of undies. Yeah, everyone remembers that.