40 years of solitude and counting!

40 years of solitude and counting!

Zoe Lucas, a scientist originally from Halifax, has claimed this remote Canadian island in the Atlantic Ocean as her home for the past 40 years! She lives COMPLETELY ALONE on Sable Island, which is 190 miles away from the Nova Scotia mainland according to Daily Mail who interviewed Lucas recently.

READ ALSO: Canada's Hidden "Wild Horse Island" You Need To Visit At Least Once In Your Life

You may be wondering why no one has really heard of Sable Island, and the truth is because no one really wants to live there considering that it is shrouded by fog 127 days out of the year (this makes Sable Island the foggiest place in the Maritimes)! These strange weather conditions have caused more than 250 shipwrecks... probably another reason why it isn't a popular destination. 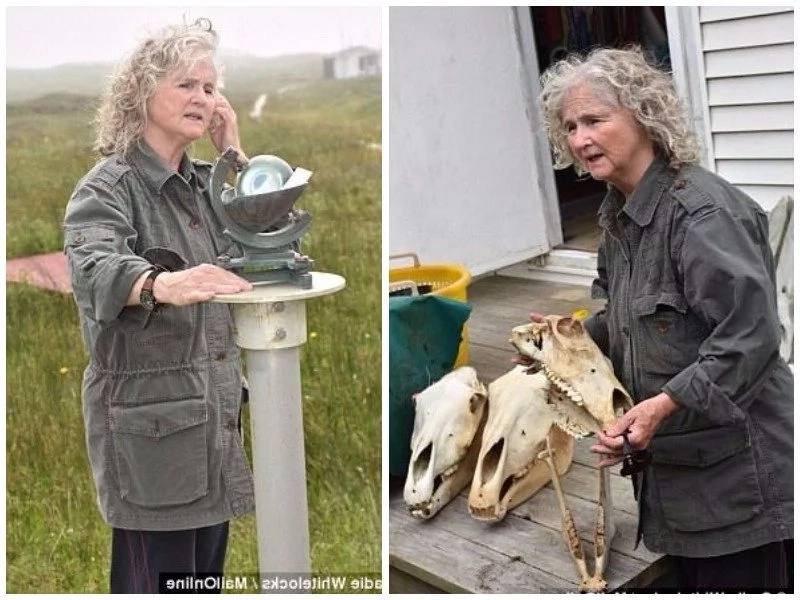 However, that did not stop Lucas! The 26 mile long island  in the shape of a smile has become her permanent dwelling. It's literally only 0.93 miles wide and besides Lucas, it is home to more than 400 horses, 300,000 grey seals and 350 species of bird

Lucas is currently 67 and has spent MORE THAN HALF of her life on this remote island when she first arrived at age 21. She lives with the wildlife as a naturalist and she claims that "she has adapted to island life and never gets lonely". I guess it's because she always finds unique things, like a fake leg that washed up on the shore one time!

How does she survive? Well, every two week Lucas has supply flown in and today she lives in a wooden house near the sand dunes. She also has some company since a small staff rotates shifts on the island.

All her scientific endeavors are funded by donors through the non-profit organisation Friends of Sable Island Society. She also cleans the island of all pollution! She honestly seems like an amazing person and she plans to live there as long as she can.

If you are ever interested in visiting Lucas and Sable Island, you can always fly with WestJet!