Why We Hate Christmas Time In Montreal And So Should You 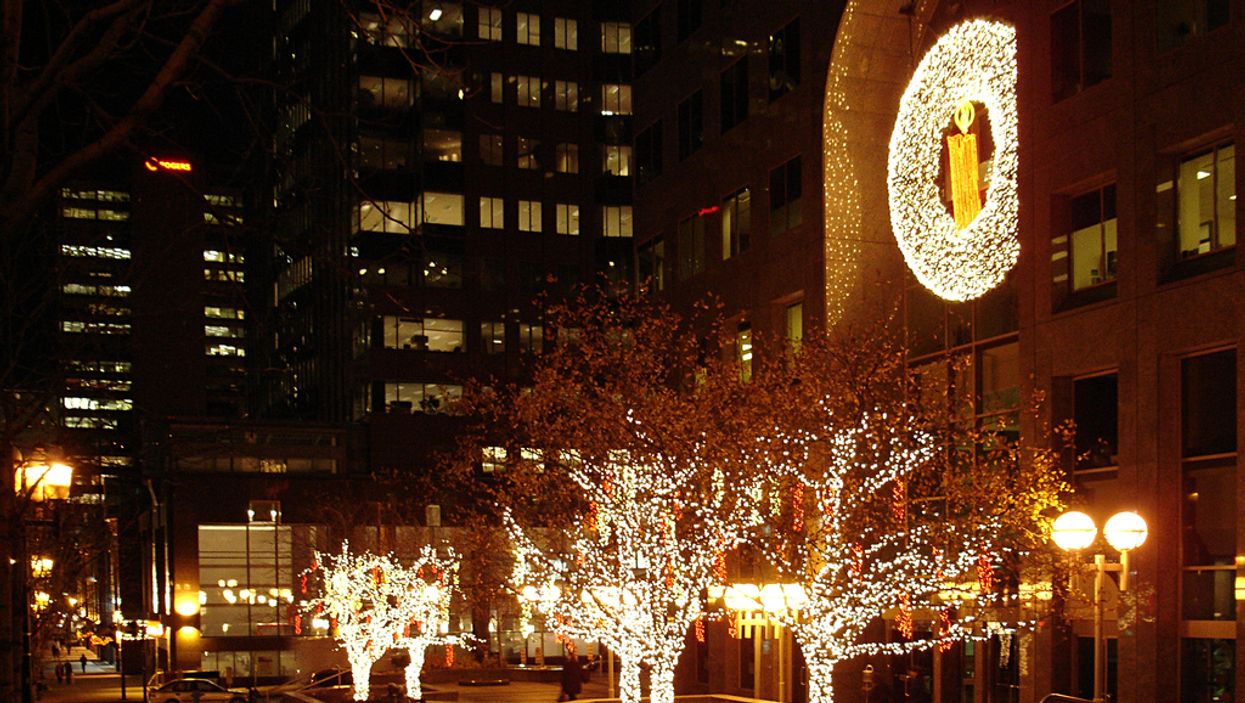 The magic of the Christmas season in Montreal, it's a lie we all buy into each and every year without fail, because our inner 8 year old refuses to accept that, in actuality, the holidays season kinda sucks. Presents stopped being great when you had to start buying them for people, Christmas music is a legitimate form of torture, and your eyes are forced to gaze upon the ugliest of sweaters, not to mention on all the forced family time.

But all that shitty holiday stuff you can experience in any city. Right here in Montreal, however, we have more than a few special quirks that make the holiday season unbearable, and since no one else is venting about the awful side of the holidays, we thought we would, pretty much because we can.

We asked our readers what they hate most about Christmas time in Montreal and paired it up with our own gripes, for a hot mix of holiday hate. Keep your eyes peeled the next time we ask why you hate something, your snark remark might make the post, and feel free to add in on the comments below. Now lets get that Christmas-hate wheel spinning, and I'll start us off:

The giant flop that is the Saint Laurent Christmas lights

Back in late November, I was filled with some early Xmas cheer (which is only acceptable once December hits, but I let it slide this time) when news dropped that "the Main" stretch of St. Laurent would be gloriously lit with 2.5km of glowing Christmas lights.

The hype did not live up to the reality. My first thoughts were "what the actual fuck are those dinky lines of barely noticeable bulbs?" I hoped that was just the baseline for some legit Xmas action, that the shitty Dollorama bulbs set up would be covered up with noticeable, and ideally impressive, light fixtures, or God, at least some flashy tinsel. Not the case.

Now each day passes and I have to look up at what is pretty much the saddest Christmas display I've ever seen. "The Main Constellation" my ass. Houses in the burbs are better lit up then St. Laurent street is. I actually hope some corrupt city officials spent half the budget on blow, forcing them to buy the lamest lights ever, because at least that means someone got some cheer out of them.

The unadulterated awfulness that is the Santa Claus Parade

Nothing ruins Christmas like the Montreal Santa Claus Parade. The city closes 23 downtown blocks to march thousands of perma-smiling, costumed puppets through an unimpressed crowd of bored, cold children and their helicopter parents. Nobody smiles, everybody loses. It’s an all-out bukakke of futility.

First of all, it’s in mid-November – more than a month away from actual Christmas. For Christ’s sake get the date within the ballpark.

Wave after wave of frightening creatures march by, visions of sugarplums and majestic reindeer are crushed by characters from horror films until every last drop of Christmas magic is squeezed out of Timmy’s head. After two hours Santa finally rolls in flanked by an entourage of cops like he’s being escorted to prison. He waves his bell hypnotically in the air and sounds like he’s either hammered or one “HO” away from cardiac arrest. And then it’s over, and everyone’s pissed. And you’re standing by a stripclub called Octopussy. Merry Christmas Timmy.

-Stephen Keefe (and see more of his stuff on Vice)

It's lonely when you're Jewish

Every year, my colleagues at work, waitresses / bartenders making small talk at restaurants / bars, and almost every other person who sparks a conversation asks "So, how's the Christmas shopping coming along? Gotten all your gifts or are ya waiting for the last minute".... And me being like, neither, I don't buy Christmas gifts, I'm Jewish.

Am I the only Jew in Montreal?

Carols & lingerie are not okay

Christmas itself is fine. What I fucking hate are Christmas carols. There should be a federal ban on Christmas carols in November. Start playing carols two weeks before Christmas, or else by the time the 25th comes everyone's already fucking exhausted of the whole holiday. Feels like it's been Christmas for the past two years.

Oh, and anyone else think that Santa-inspired sexy lingerie is super fucked up? Who looks at a fat old guy and thinks "this could use some ho ho ho-ing up"?

Clerks, keep it to yourselves

I hate stupid sales clerks signing along to crappy Xmas music playing over the speaker in Pharmaprix. Keep your holiday cheer to yourself, and sing carols on your own time, bitch.

And now a word from our readers

All the rude dickheads shopping

Was going to say Christmas, but on second thought, the weather. I like the weather even less than I like Christmas

Are you looking for more? Click here for 9 Real Struggles Anglophones Face When They First Move To Montreal >