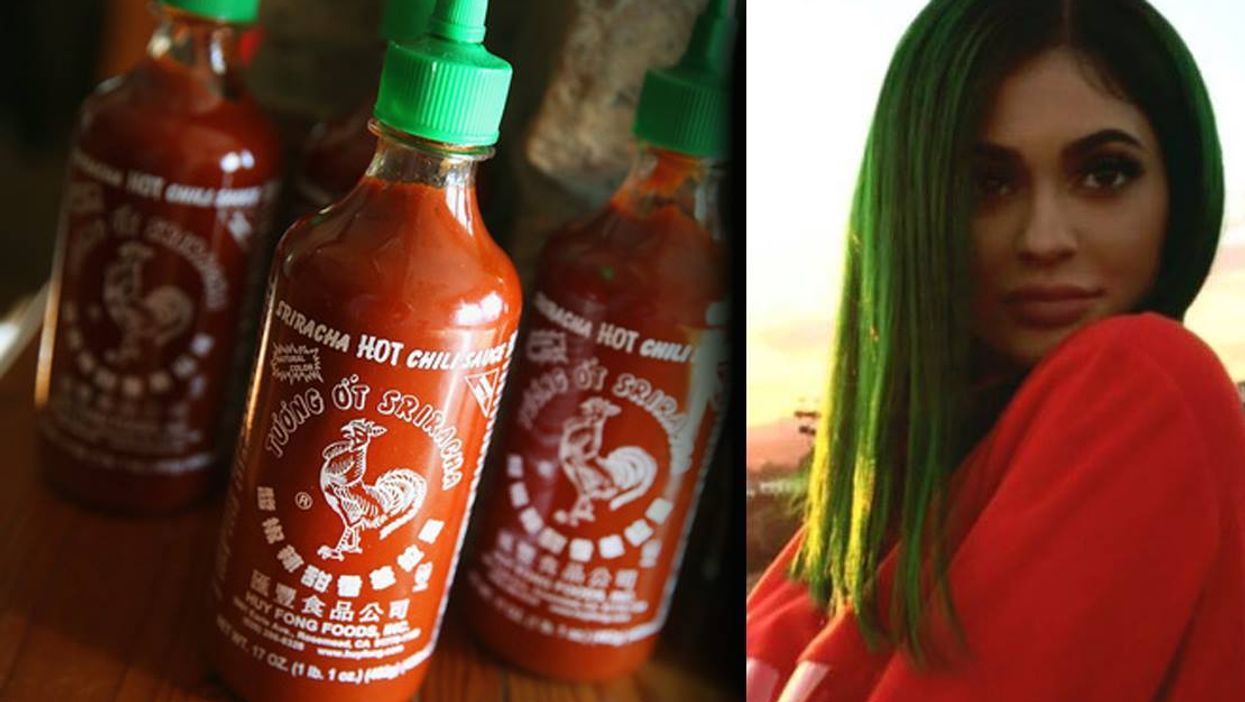 We Heart It
Rebecca Perez

Have you heard why you should date the guy who's got coconut oil at his house? It's pretty obvious to me, they know a thing or two about life that you clearly don't ladies... As does the girl who's got Sriracha packed in her fridge and pantry.

Now for the spice noobs who don't know, Sriracha is a thai inspired hot sauce made from a paste of child peppers, garlic, sugar, and salt.  It was named after the coastal city of Si Racha, in Chonburi Provence of Eastern Thailand.

Don't get me wrong, there's plenty of other hot sauces to look out for, some even better than the "cocksauce" rooster one, (Jeremy said it first) but if she's got a bottle or two of Sriracha at her house, she's a keeper guys! Here's why:

1. She is not afraid to try something new

The lover of hot sauce, was once a virgin to the spicy world. She developed this habit from dipping into the ocean of the unknown, and loving it. Just like trying indian food for the first time, girls that are not afraid to try new things tend to be more easy going and fun than the closed minded ones.

It's almost like she is testing her limits, by seeing just how much hot sauce she can endure before it starts to burner insides... and she loves it.

I don't know if it's just for me, but girls who like spicy foods happen to be more physically attractive. Hot sauces are very common in hot countries - such as down South for example, which go hand in hand with caliente females too.

Let's be honest here, a spicy woman attracts a spicy man. Which makes for some great chemistry, and spiciness in every aspect of their relationship... If you know what I mean.

A woman who enjoys spicy foods, enjoys life. She always needs to be challenged, and gets along with pretty much anyone from any culture. She got out of her comfort zone years ago, and she hasn't stopped ever since.

7. She understands the importance of spices

In life, in her friends, and in FOOD.

8. She knows how to cook

A woman who enjoys hot sauce, enjoys cooking. It goes hand in hand. Simply because she is always thinking of the next meal she will put her hot sauce on... Variety is key to getting the complete satisfaction from adding hot sauce to your meal, so you will never be left hungry.

9. Sriracha is the gateway sauce

It's step 1 into the underground world of hot sauces. I literally put Sriracha on everything since the age of 16, and now it tastes like ketchup to me. If you start with this thai hot sauce, you are most likely going to move on to hotter things, quickly. Something like Sambala, or Cholula.

10. Let's be honest guys, you need a spicy lady in your life

Shoutout to Thailo Duy for the title idea... You nailed it.