Plan your very own Bed-In! 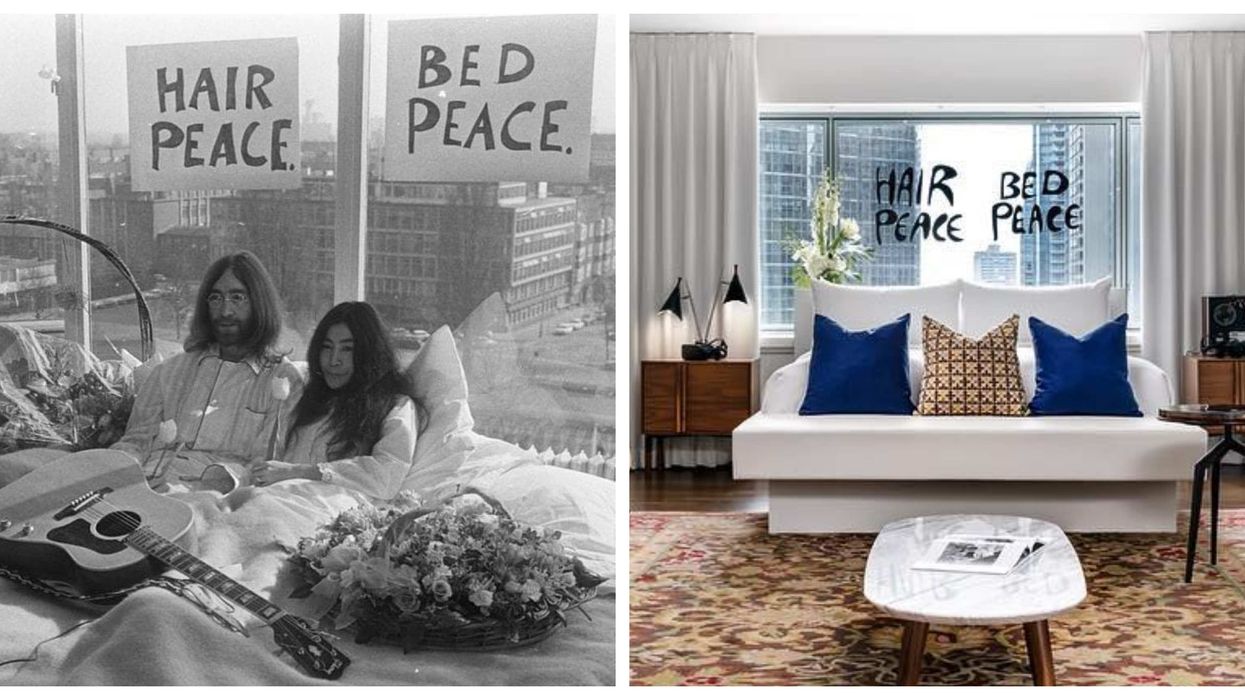 The Canadian luxury hotel chain, Fairmont, has several famous locations across the globe that are simply breathtaking.

However, few of those locations have the same eclectic history as Montreal's The Queen Elizabeth, which was the legendary location of John Lennon and Yoko Ono's infamous Bed-In where they recorded the song "Give Peace a Chance."

TL;DR You can now stay in the John Lennon Yoko Ono Suite at the newly renovated Fairmont The Queen Elizabeth in downtown Montreal. While the price tag is insane, so are the perks, like the view and a virtual reality experience of the infamous Bed-In.

Opened in 1958, The Queen Elizabeth is the second largest Fairmont in Canada after Toronto's Royal York and boasts over 1000 rooms.

But the most memorable has to be John Lennon and Yoko Ono, who visited in 1969 when they hosted their infamous "Bed-In."

After being denied entry into the United States, the couple settled in Montreal, specifically in room 1742 at The Queen Elizabeth.

While in the room hosting their Bed-In, they recorded the song, "Give Peace A Chance," Lennon's first solo single and the undeniable anthem to the anti-war movement sweeping the nation during the Vietnam War.

The suite has now been renovated, along with the rest of the hotel, to honour the memorable historical event and present it to modern visitors.

In addition to modernized decor and a living room that recreates the famous bed-in, the room also comes with a virtual reality experience and other "in-room surprises," guaranteed to wow any Lennon lover.

The room can accommodate up to four people with the two King-sized beds and features a separate bedroom, dining room area with kitchenette, two oversized bathrooms, and a free-standing bath.

The room sits on the 17th floor of the hotel and has amazing views of the downtown skyline. The room itself is a whopping 1370 square feet.

Of course, it's no surprise that the room comes with a pretty sizable price tag.

The John Lennon Yoko Ono Suite averages around $2600 a night, so you'll definitely want to invite your wealthiest friends to join you if you're planning on spending an evening revelling in the memorabilia.

The price tag also includes these amazing views, plus the hotel has no end to its luxurious perks.

So, when will you be bringing the John to your Yoko?!