See the Toronto Raptors claim victory on the big screen! 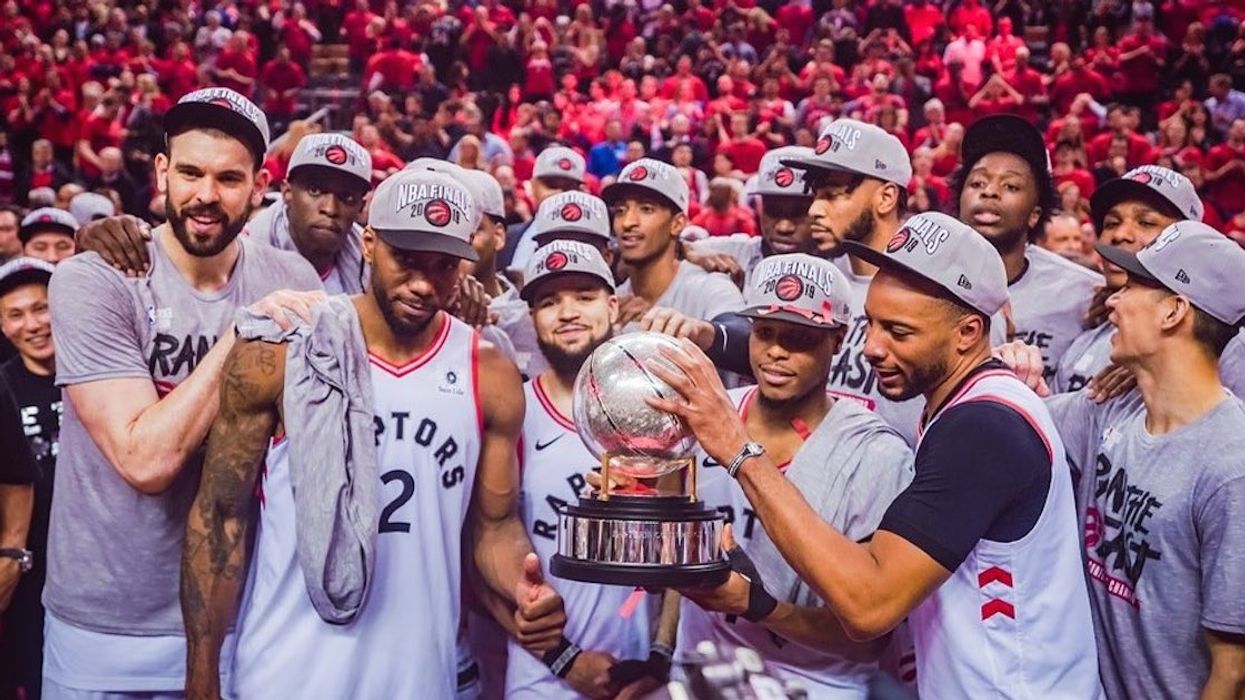 For the first time in the franchise's history, the Toronto Raptors are heading to the NBA Finals. The team's success has roused fans' enthusiasm across the continent — in both the United States and Canada.

But while there are bound to be thousands of viewing parties across the country, many Canadians are left wondering where they, too, can witness history as the Toronto team takes to the court.

Cineplex is here to help you out. The movie theatre chain has just announced in a press release that 33 locations from coast to coast will present FREE viewing parties for Raptors' fans.

"Canadian fans are invited to unite and rally behind the Raptors as they face-off against the Golden State Warriors, live on the big screen, for an immersive experience you could only get courtside at the game," the press release states.

Fans will still have to reserve their tickets, however. "Tickets to the first four games of the series will be available in-person at participating theatre box offices starting today – Wednesday, May 29, at 6:00pm local time." Set your alarms, people!!

"All Raptors viewing parties are free and limited to two tickets per person, per game."

The list of participating Cineplex theatres is below and comes directly from the press release:

READ ALSO: Almost Every Single U.S. State Is Rooting For The Toronto Raptors To Win The NBA Finals

To reserve your tickets and learn more about the Cineplex screenings, check out the company website here!

You can also check out the full press release here!

Remember to book your tickets to the FREE Cineplex viewing parties on Wednesday, May 29, at 6:00pm.