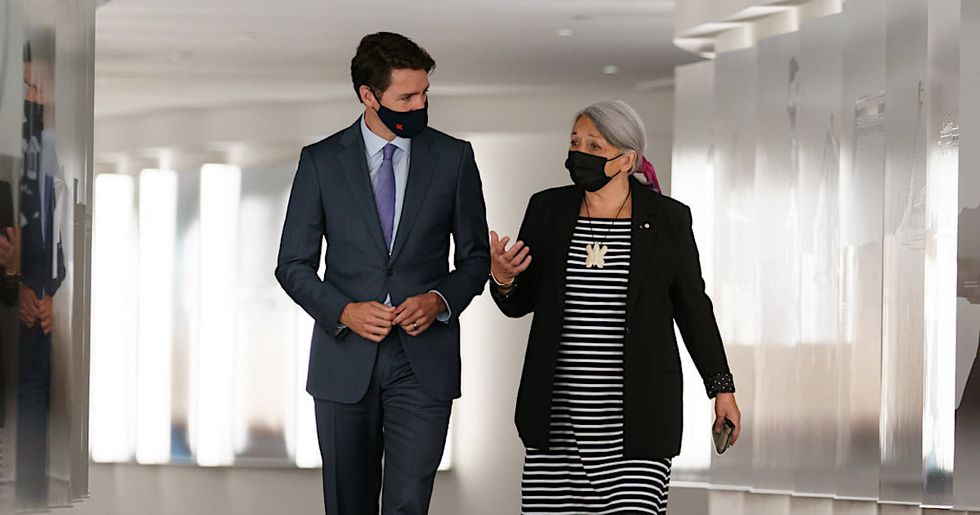 An Inuk born in what is now Quebec's Nunavik region, Simon will be the first Indigenous person to represent the Sovereign in Canada.

At a press conference, the new governor general discussed her childhood in Nunavik.

"My mother was Inuk and my father was from the South," said Simon.

"I spent my adolescence in Nunavik, living a very traditional lifestyle"

"Many months out of the year, we camped and lived on the land, hunted, fished and gather food, and maintained an active connection with our Inuit heritage and language."

Simon also discussed her familial influences: her mother and grandmother, who "taught [her] to always be proud of who [she is] and to keep [her] mind open to other points of view;" and her father, from whom she "learned about the South and the non-Native world."

"These experiences allow me to be a bridge between the different lived realities that together make up the tapestry of Canada," Simon continued.

The new governor general is "fully committed to maintaining the highest possible standard of work and ethic" in her duties and has a "deep commitment" to learning French, an experience she said wasn't afforded during her time in government day school.

Simon also highlighted that she would "fully recognize, memorialize and come to terms with the atrocities of our collective past."

"We must thoughtfully work hard towards the promise of a better tomorrow."