He said he was called racial slurs on his way to the NHL. 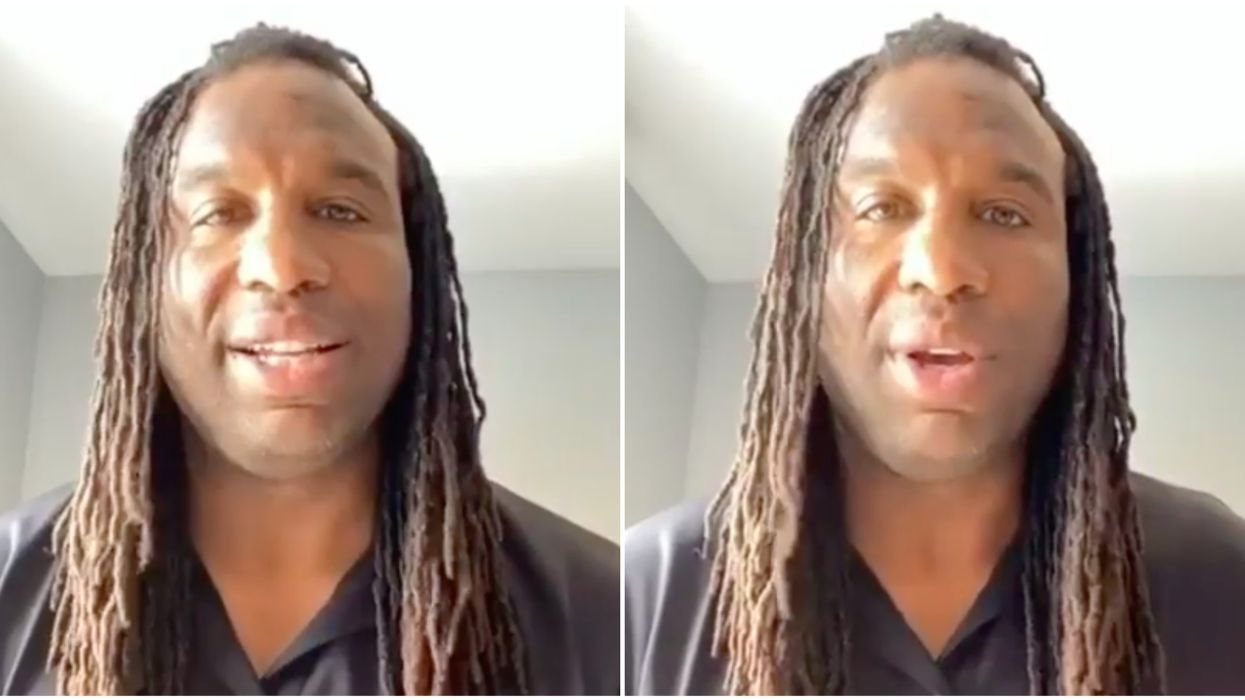 Former Montreal Canadiens player Georges Laraque opened up about his experiences with racism in hockey. He also commented on the incidents that have led to a surge of protests against police brutality. The candid post — in which Laraque says he was subjected to bigotry and prejudice during his career — comes as the NHL confronts racism and a lack of diversity in its own ranks.

"On my road to the NHL I was called the N-word all the time," said Laraque in a video published to social media on June 1.

"And I used that as a motivation to make it to the NHL and I thanked people like you that call me the N-word to give me the additional fuel like you did to Jackie Robinson, the first black player to play baseball."

In the post, Laraque, who is black, said he still faces online harassment because of his ethnicity.

But the former NHLer said he isn't emotionally affected by people who post racist abuse on social media. Instead, he feels pity.

"When I see people writing those messages, the thing that I feel the most sad about is not the fact that someone called me an N-word," he said.

"They're going to learn to be scared of different nationalities. You're not going to help your kids grow."

He added his voice to the chorus of athletes denouncing police brutality in the United States by calling the murder of George Floyd "disgusting."

He also defended the police.

"My brother is a police officer for 20 years now and they're not all bad," he said.

"We can't put all police officers in the same boat."

He said bigotry is still a major problem in the world and called for more dialogue as a means of fighting it.

"There's still way too much racism, not just toward people that are black, it's people who are different colour, different religion, [...] different sexual orientation, all that is racism to me," he said.

"There are tons of different ethnicities that are racist also, not just white people, so that is a problem we have to talk about. [...] It starts with ourselves."

Born in Montreal to Haitian parents, Laraque and his family later moved to Sorel-Tracy.

There, he says on his website, the Laraques experienced racism and harassment.

This caused young Georges to consider abandoning his dream of playing professional sports but he found the "strength" to overcome the abuse after reading about Jackie Robinson, the first black American to play in Major League Baseball.

Laraque fought his way into the NHL with bare knuckles, earning the nickname "The Rock" as one of the league's most fearsome enforcers.