Italian Week is back! 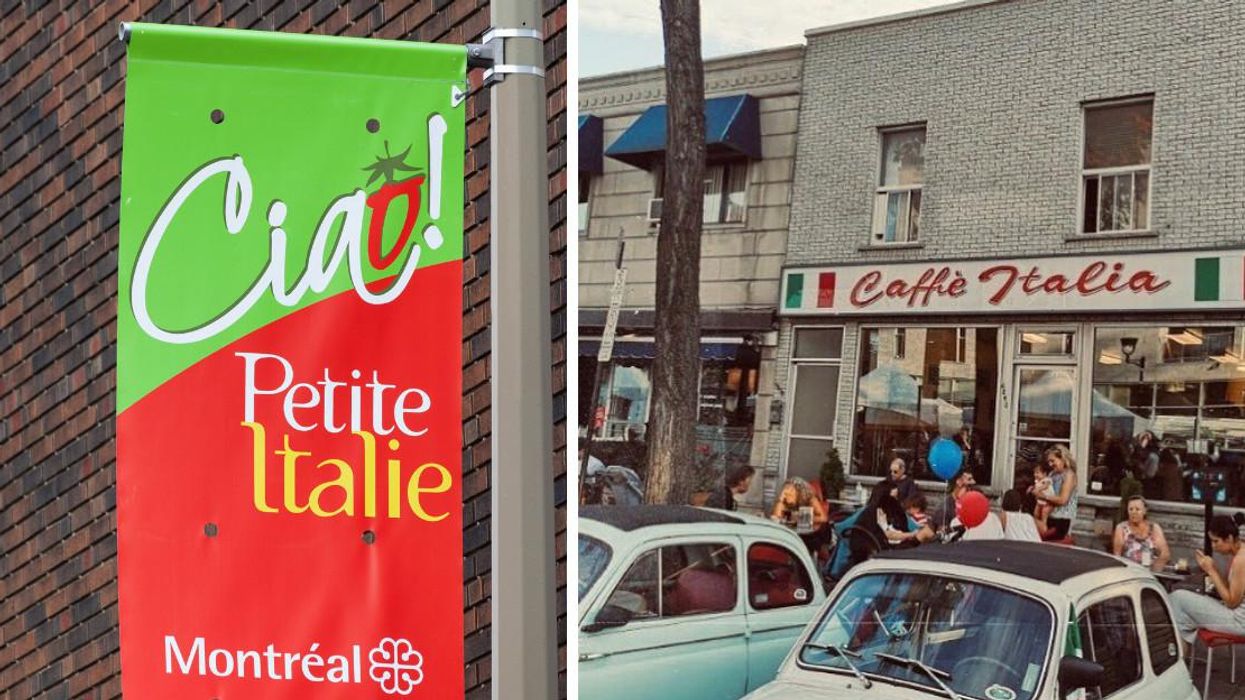 This summer's edition of Montreal's Settimana Italiana, called ItalfestMTL, is celebrating the city's Italian community and culture with a hybrid of virtual and in-person events, and it finally announced its complete program.

The 28th edition of Montreal's Italian festival runs from August 6 to August 22 and features concerts, comedy, culinary capsules, an opera evening and a drive-in event.

Most of the events will take place virtually, but there will be a two-night drive-in theatre event in Kirkland and guided tours of Montreal's Little Italy.

The first day of the virtual events, on August 7, will broadcast a recurring children's event called Storytime in Italian. Read by Sara Ottoboni in Italian and interpreted by Tina Mancini, the first story, Ti Ricordi La Pioggia, is a tale about a girl who's sad that she can't see her friends and family, but uses her imagination to feel better about being socially distant.

On August 14 and 21, the festival will host guided tours of Little Italy, which begin in front of Casa d'Italia on Rue Jean-Talon. The tour, over two hours long, consists of a "historical introduction about the Italian community in Montreal," a tour of Little Italy's attractions, with a stop for Italian pastries.

The recurring drive-in theatre event will take place on August 14 and 15 in Kirkland. On August 14, the festival will host a viewing of The Chain, an English-language play by Vitorio Rossi, and August 15's showing will play Ma cosa ci dice il cervello by Riccardo Milani, an Italian-language film with English subtitles.

Reservations are required for many of the events. You can consult the full festival event schedule here.

It's gonna be electric.

The event, billed as "Montreal's projection mapping festival," is a celebration of digital art. The block party will feature monumental digital creations cast on the surrounding buildings, illuminating the skatepark as electronic music plays.

Be prepared to get spooked.

Located in the heart of the city, the rooms in this horror escape room game in Montreal may give you more chills than your favourite scary movie and one of them is so disturbing that it's only for people 16 years and older.

On rue Atateken, you'll find four escape rooms at Find the Key Montreal and each one lasts from 45 minutes to an hour.

11 Free Things To Do In Montreal This September

Summer isn't over just yet!!!

If anyone dares to tell you that summer is almost over, don't believe them. Especially considering there's still a long list of free things to do in Montreal this September, most of which involve being outside.

Summer is simply never-ending in the 514 and we've got zero complaints about that.

No, they won't literally cool you off... but you'll have a DAMN good time.

After surviving what could have been the hottest week of the summer, the weekend is FINALLY here!

To celebrate, we've found some of the coolest things to do in Montreal... at least figuratively speaking. So say, "See ya" to the heat and "Bonjour, Hi" to another epic weekend in the city.