Brendan Gallagher Says He Was Robbed While In The U.S. For The Stanley Cup Finals 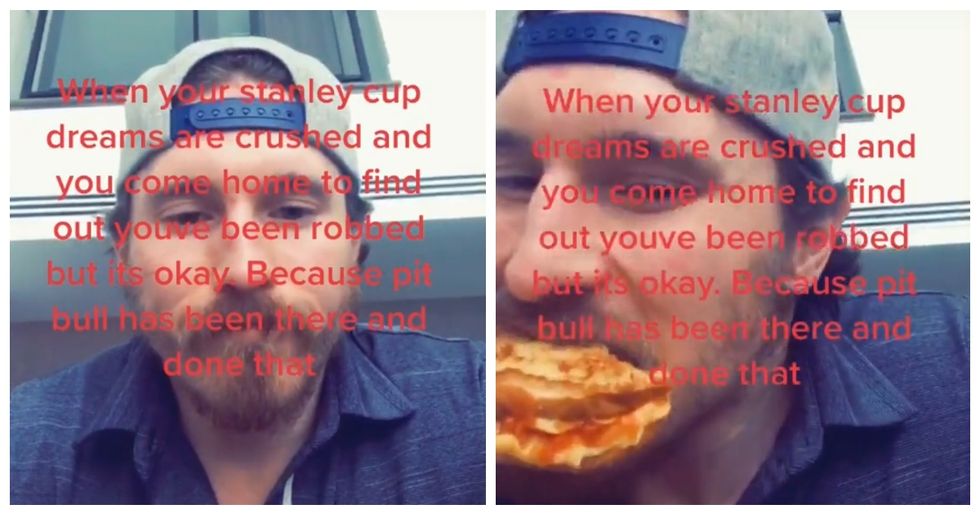 In a TikTok post on Thursday, Montreal Canadiens player Brendan Gallagher suggested his home had been robbed.

"When your stanley cup dreams are crushed and you come home to find out youve been robbed but its okay. Because pitbull has been there and done that," he says over a snippet from the bridge of Pitbull and Ne-Yo's track "Time of Our Lives" dedicated to "everyone going through tough times."

Editor's Choice: Quebec Announced When 'Vaccination Passports' Could Come Into Effect & What It Would Mean

Gallagher, looking dismayed, then takes a big bite of a sandwich.

He offered no further details. MTL Blog has reached out for more information.

News of the robbery comes after a hard day for the Canadiens winger. At a press conference following the team's loss in the Stanley Cup Final, Gallagher held back tears while describing his teammates' efforts.

"We've got so many players that worked their entire careers to get to this point and it's a tough pill to swallow."