In case you missed the green, white and red party in the streets. 🇮🇹
Alanna Moore
Contributing Writer 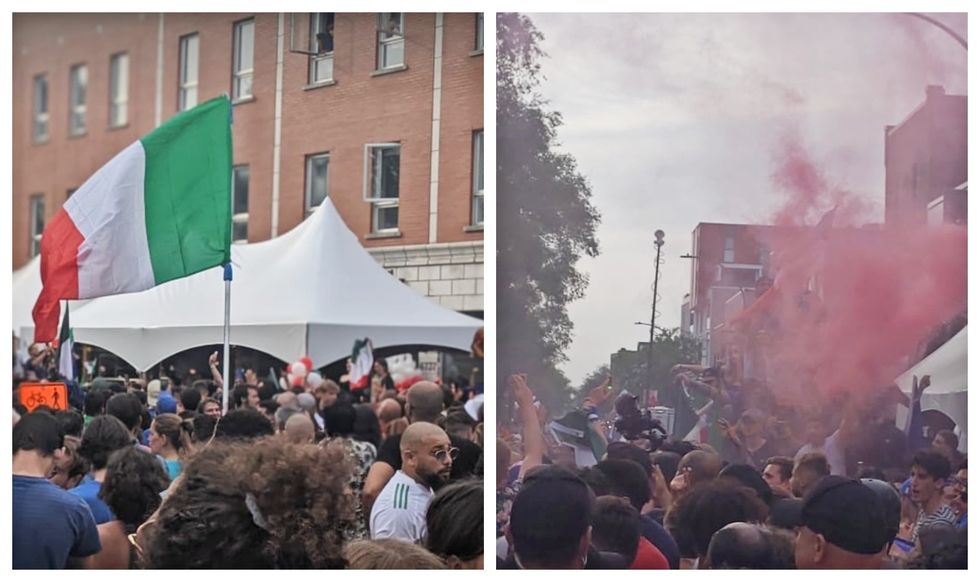 If you ventured through the crowds in Montreal after Italy won the Euro 2020, you know just how many people were out celebrating on July 11.

We usually say that Montreal bleeds red, white and blue for the Habs, but after Italy won the Euro 2020, the city bled green, white and red.

Editor's Choice: This Montreal Café Looks Like The Inside Of A Kid's Room — But With Wine & Beer (PHOTOS)

Here's what one of the outdoor watch parties looked like in the neighbourhood as the final was still ongoing.

The energy in the streets went to an entirely new level the second Italy scored the winning goal.

The streets of Montreal quickly turned into one big party for everyone that found themselves in a crowd — except England fans...

In Little Italy, red and green smoke was shot into the air and Italian flags were everywhere you turned.

And one thing's for sure, there was no shortage of cheering in the streets. Italy fans in Montreal will surely remember this day for years to come.