Geneviève Guilbault reminded everyone that it's "forbidden" to do so. 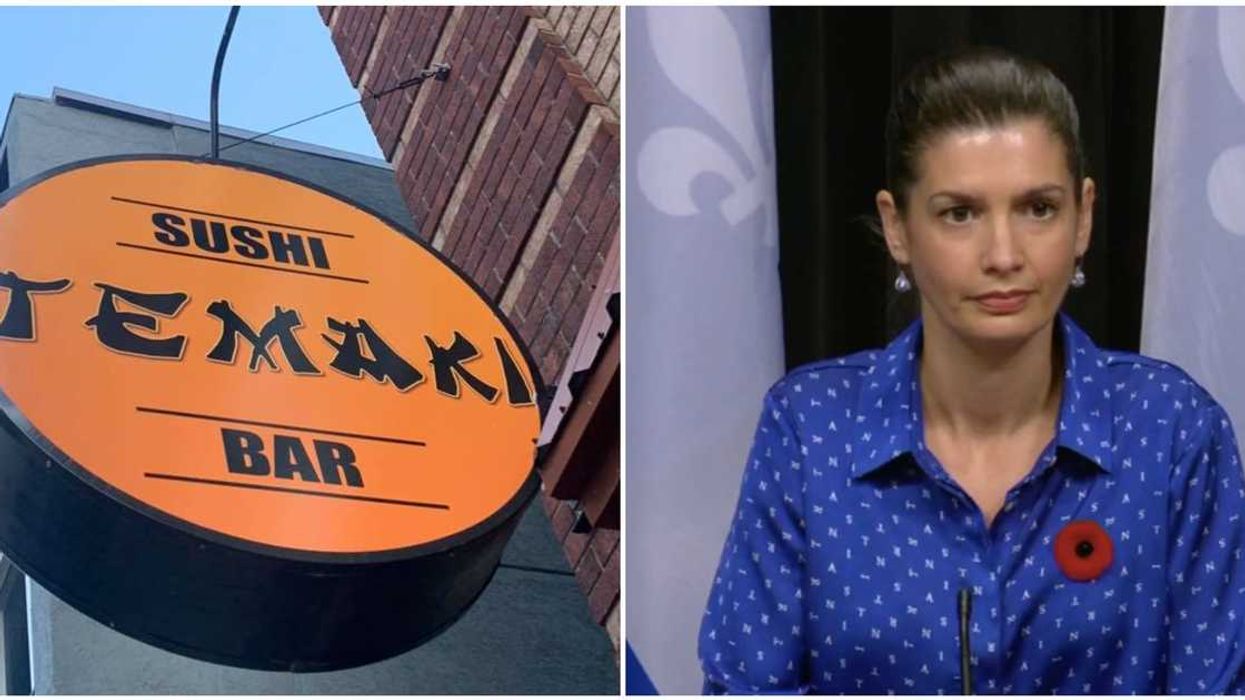 Restaurants found in Quebec red zones have now been closed for several weeks. The chef-owner of Temaki sushi in Chicoutimi has decided to put an end to this himself by announcing his restaurant's reopening, despite the bans.

The Minister of Public Safety, Geneviève Guilbault, is asking restaurants to remain closed if they're in a red zone.

At a press briefing on Wednesday, November 4, the minister asked citizens not to frequent restaurants that decide to reopen despite the red zone instructions.

Editor's Choice: 9 Things You Desperately Need To Know Before Moving To Montreal

First of all, the message we send is obviously "don't open your restaurants if you're in the red zone, it's forbidden."

Guilbault reminded everyone that anyone who does not respect the regulations put in place for closed establishments can face fines as much as the restaurant owners themselves.

The owner of Temaki restaurant in Chicoutimi has planned its reopening this Friday, as you can read on the Facebook page.

"Temaki will be open this Friday, November 6 as a protest against the closure measures, which I consider irrational, taken by the government against my industry, my profession and my passion," he wrote.

This position has received several reactions from customers who visibly disagree and find this gesture irresponsible.

"I wanted to encourage you by going out for sushi. Not agreeing at all with this decision, I will refrain from doing so," he writes.

Other commenters showed solidarity and compassion for the current situation in the restaurants.

In case you missed the green, white and red party in the streets. 🇮🇹

If you ventured through the crowds in Montreal after Italy won the Euro 2020, you know just how many people were out celebrating on July 11.

We usually say that Montreal bleeds red, white and blue for the Habs, but after Italy won the Euro 2020, the city bled green, white and red.

Jeff Petry Finally Explained The Reason For His Bloodshot Eyes

Montreal Canadiens defenceman Jeff Petry may have become an instant meme after playing Game 2 against the Vegas Golden Knights with terrifying red eyes, but he had yet to speak out about his crimson glare — until today.

While his wife, Julie Petry, had posted that the bloodshot eyes were due to an "upper-body injury," she didn't tell curious Habs fans much more — other than saying it wasn't allergies, wasn't because he wasn't tired and wasn't the result of "a couple nights in Vegas."