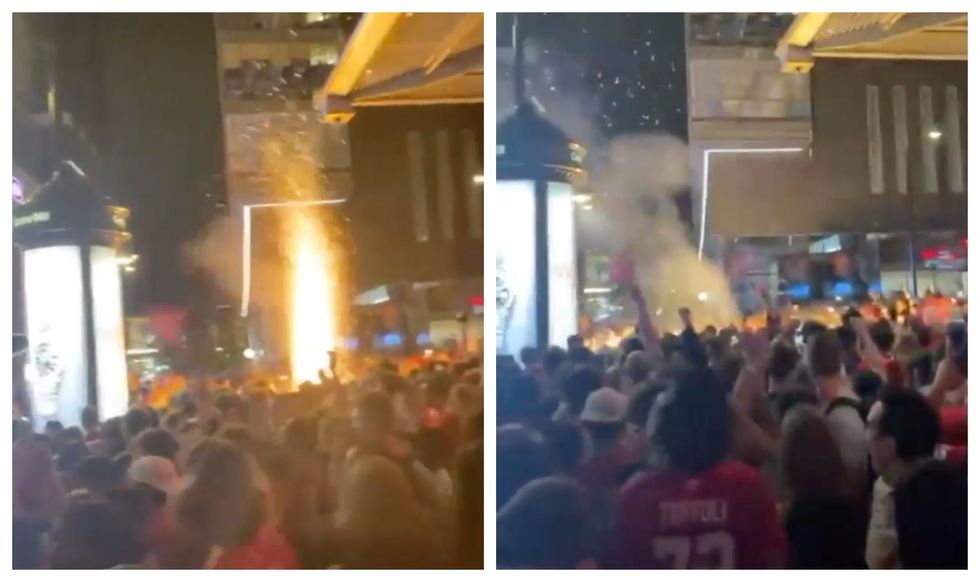 During Monday's game of the Montreal Canadiens vs. the Tampa Bay Lightning, Habs fans gathered outside the Bell Centre in anticipation of the team's win.

As per usual, Montrealers were celebrating in the streets.

One even decided to bring a firework and light it right in the middle of the crowd.

The MTL Blog reporter who took one of the above videos, Alex Melki, described the scene as "Pretty wild footage of a firework allegedly misfiring outside the Bell Centre after last night’s post-win celebration."

He also added, "this is why we can't have nice things."

Another video shared with MTL Blog captured the incident from an aerial view, where you see people run from the fireworks quickly as they start to go off.