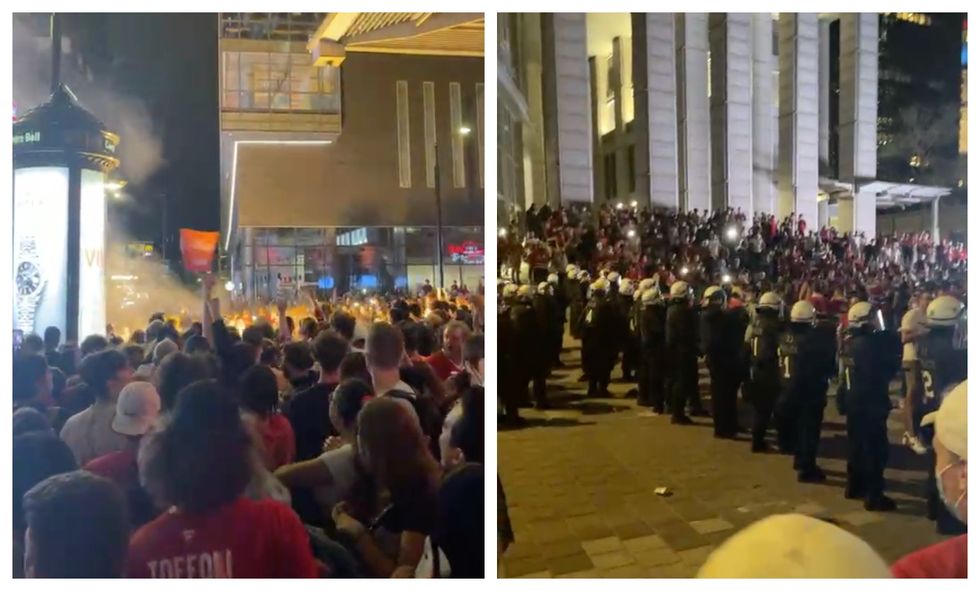 The Montreal Canadiens defeated the Tampa Bay Lightning on Monday night to claim Game 4 of the Stanley Cup Final. The series now moves to Tampa, where the Lightning, still leading 3-1, has a chance to win the Cup at home (as their mayor, Jane Castor, was hoping).

But those odds didn't seem to damper Montrealers' spirit after their team's victory Monday. Video footage shows a crowd of hundreds outside the Bell Centre celebrating the Canadiens' win.

Editor's Choice: The Mayor Of Tampa Asked The Lightning To Let The Habs Win Game 4 Tonight

The video, captured by MTL Blog's Alex Melki, shows the crowd cheering and jumping at the moment the game ended and lingering downtown before police appear to disperse revellers. Melki reported that the SPVM used tear gas.

"At the end of the day, it went really well," he added.