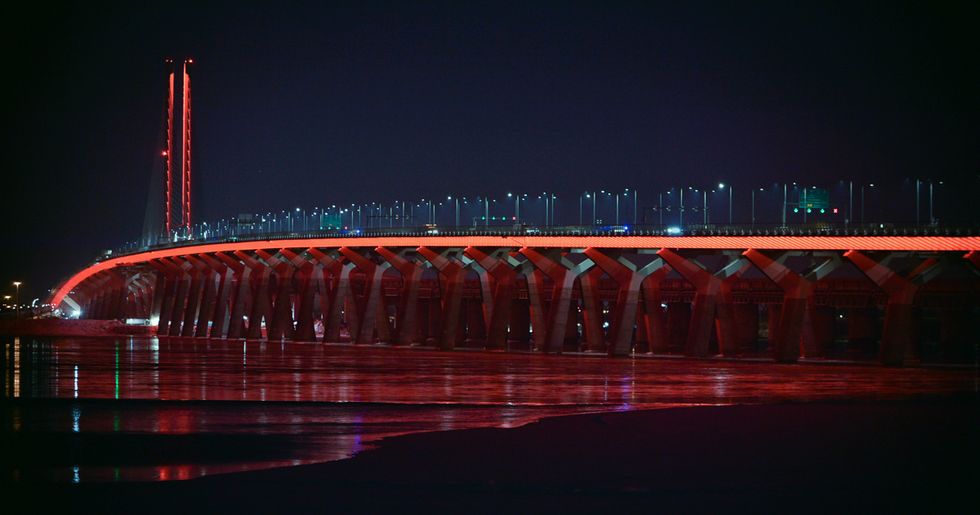 Montreal's Samuel de Champlain Bridge will light up in orange on Canada Day "in honour of the Indigenous children whose lives were taken too soon, and to highlight the courage and resilience of all Indigenous peoples," Canadian Minister of Infrastructure and Communities Catherine McKenna said in a press release.

"Let’s keep reflecting on our collective journey and continue on the path to meaningful reconciliation to build a better, more resilient, and more inclusive Canada for all," she added.

The Indian Residential School Survivors Society Emergency Crisis Line is available across Canada 24/7. Those who may need support can call 1-866-925-4419.

Editor's Choice: Here's What To Expect At Montreal-Trudeau Airport Once The New Travel Rules Begin

Demonstrations for the #CancelCanadaDay movement are taking place across the country, including Montreal, where hundreds of people gathered in Parc Jeanne-Mance.

The hashtag encourages residents of Canada to show their support for Indigenous people instead of celebrating the settler state.

The bridge was previously illuminated in purple and orange on June 2 following the discovery of the remains of 215 Indigenous children on the grounds of a former residential school in Kamloops, and in yellow, green, blue, orange and pink for Indigenous Peoples Day on June 21.

The illumination of the bridge in orange will end at 1 a.m. on July 2.