The map's creators say at least 80% of police stops aren't recorded by the SPVM.
Lea Sabbah 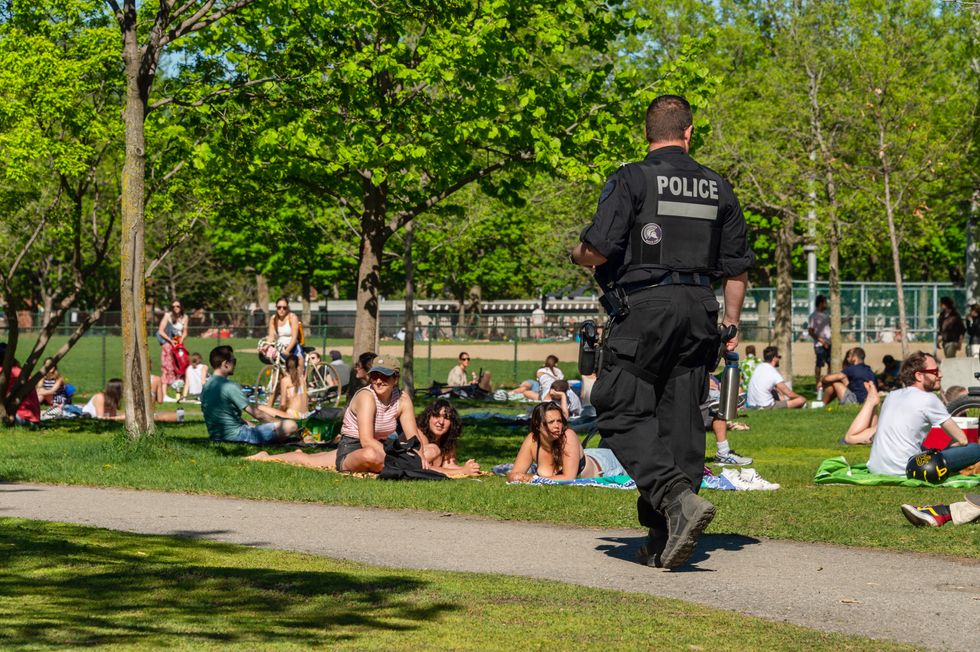 The STOPMTL map was created by a team of researchers at the Institut national de la recherche scientifique (INRS), McGill University, Concordia University and University College London. According to a news release by INRS, the project aims to gather crowdsourced data on police stops in Montreal in an effort to fill gaps in existing data.

Editor's Choice: Montreal Police Officers Will Get Body Cameras Next Year, According To The Mayor

Through an anonymous form, Montrealers aged 15 or older will be able to report any police stop experience they've had — even stops that occurred months or years ago.

Each user can specify how and where the police stop took place, provide context, specify their age, gender, ethnic or racial group, and say what they were doing — including their means of transportation — during the stop.

Since the project is an open data resource, all of the map's data will be accessible to anyone who wants to download it.

The INRS news release states that only 5% to 20% of police stops are recorded by the SPVM.

A 2019 independent report analyzing SPVM police stop data found that Indigenous and Black people are four to five times more likely to be stopped by police than white people in Montreal, the news release says.