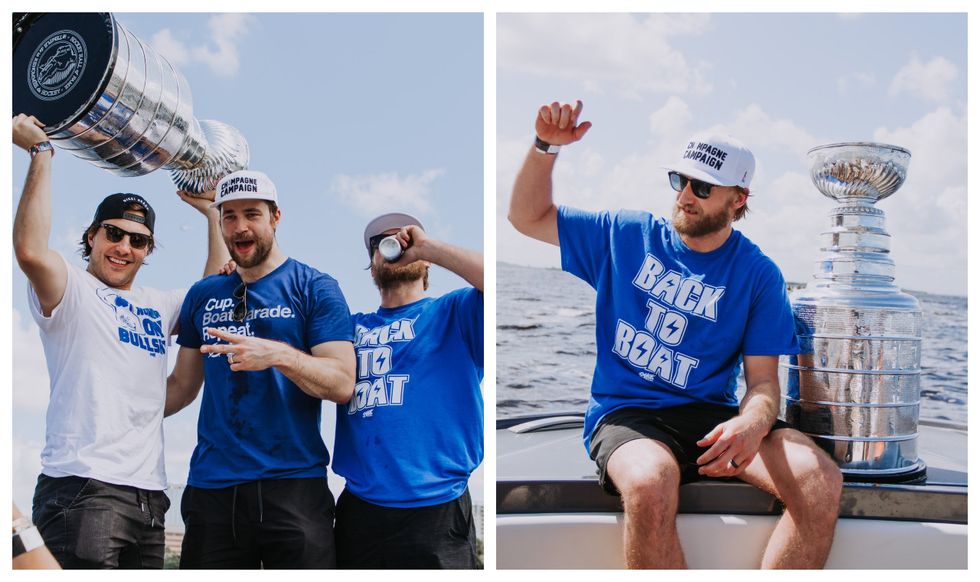 The Stanley Cup is reportedly coming to Montreal — but only for repairs after it was damaged during the Tampa Bay Lightning celebrations in Florida.

A photo posted to Twitter and shared widely by sports journalists and media outlets on Monday shows the Cup with a distinct dent on the bowl, inciting the rage of hockey fans across the continent.

To add insult to injury, it appears as if a Lightning player is holding the Cup, looking mighty guilty.

Over the weekend, the Cup was making its celebratory rounds in Tampa Bay, complete with a parade featuring jet skis and a whole lot of drinks.

Before you clutch your hockey puck-shaped pearls, keep in mind that the Cup that Tampa Bay players are parading around isn't actually the original goblet.

The original Stanley Cup from 1892 can be found on display at the Hockey Hall of Fame.