This 19-Room Quebec Home For Sale Under $200,000 Is Actually An Old General Store (PHOTOS)

Plus, the home office has a separate entrance. 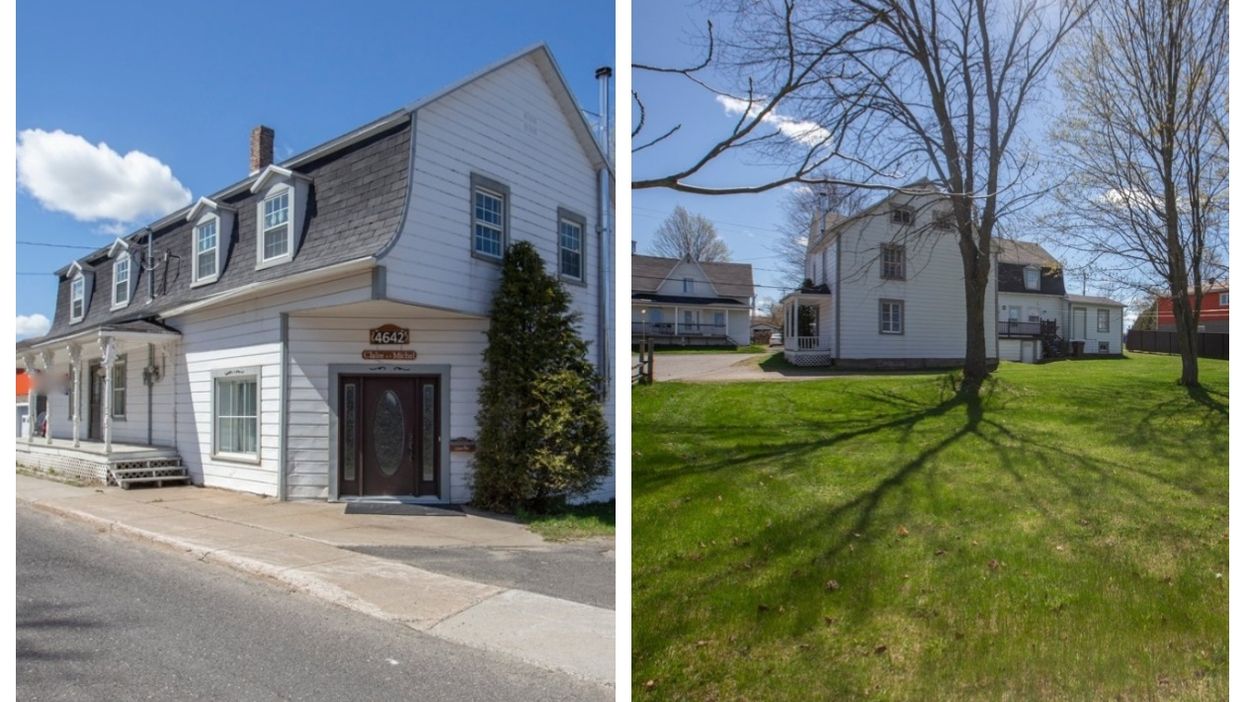 This Quebec home for sale could be a deal for anyone looking to get out of the city and own a treasured piece of local history.

The home, an hour outside Quebec City in the Chaudière-Appalaches town of Sainte-Agathe-de-Lotbinière, used to function as the neighbourhood general store, realtor William Boutin told MTL Blog.

Editor's Choice: Here's What You'll Be Able To Do When Montreal Becomes A Yellow Zone On Monday

It might need a bit of TLC, but it appears to retain some of its charming original features and details.

The structure counts 19 rooms in total, but it could be split into two apartments, each with its own entrance.

The home sits on a 14,111 square-foot lot and, with no neighbours behind it (according to the listing), enjoys somewhat of a view of the distant fields.

Description: A large home that used to serve as the community's general store.

Everything you need to know about the failed LNG Project.

The Ministère de l'Environnement et de la Lutte contre les changements climatiques (MELCC) put an end to the project due to the findings of a report analyzing the environmental impact of building a natural gas facility in Saguenay.