This Report Shows Which Montreal Boroughs Have The Most Park Space Per 1,000 Residents

The 2019 report shows some boroughs have less green space than others. 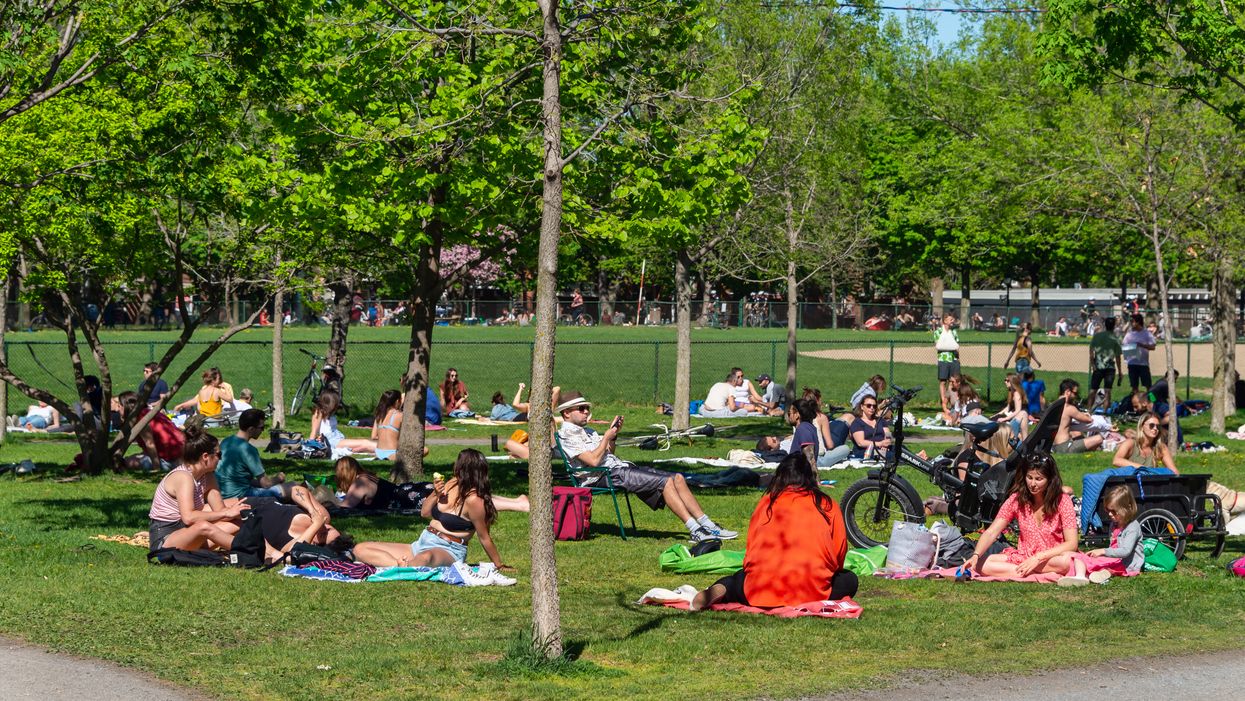 For pandemic-weary Montrealers, the city’s public parks have been a refuge from the anxieties of life under lockdown over the past year.

But the city's green spaces are not distributed equally, states a municipal document.

Editor's Choice: A Montreal Pizza Was Voted 3rd Best In Canada For 2021

According to the parks plan for the Sud-Ouest borough, Montreal had an average of 1.19 hectares of green space per thousand people as of 2019. The neighbourhoods with the most park space were the more suburban boroughs of Rivière-des-Prairies–Pointe-aux-Trembles, Ahuntsic-Cartierville, and Anjou, with 1.96, 2.21, and 3.3 hectares of park space per thousand residents, respectively.

Located near the downtown core, the Plateau-Mont-Royal had the least amount of park space relative to its population, followed by the boroughs of Villeray–Saint-Michel–Parc-Extension and Montréal-Nord, with 0.3, 0.34, and 0.49 hectares of park space per thousand inhabitants, respectively.

In addition, the neighbourhoods of Côte-des-Neiges–Notre-Dame-de-Grâce, Outremont, Saint-Léonard, and Ville-Marie all came in below average.

An Astronaut Shared Some Dazzling New Photos Of Montreal From Space

Can you find your apartment building?

Our city just looks good from any angle. On Monday, European Space Agency astronaut Thomas Pesquet shared some dazzling new photos of Montreal and the South Shore from the International Space Station.

"Montreal, home of the [Canadian Space Agency] and the scene of Nadia Comăneci's feat at the 1976 Olympics...!" Pesquet captioned the photos.

Montreal has all kinds of different bars, but these changemakers say many of them fall short in making space for LGBTQIA2+ women. For this reason, Avery Burrow, event organizer, and Resto Keela teamed up to create 5 à 7s for LGBTQIA2+ women that take place twice a month.

The events were created for members of the LGBTQ2S+ community to connect. According to Burrow, "queer women can actually have a reoccurring space where they can meet each other, flirt, make friends, and feel safe," at these new 5 à 7s.

11 Exciting Free Things To Do In Montreal This July

July is upon us, which means summer is in full swing and everyone is searching for free things to do in Montreal right now.

And we're here to help! Here are 11 ideas that won't cost you a dime this month.

The Quebec-Ontario border reopening is even more exciting when you start fantasizing about all the gorgeous places within driving distance of Montreal. The grotto in Bruce Peninsula National Park will make you feel like you've not only left Quebec but like you've travelled out of Canada too.

The grotto is a large natural sea cave surrounded by clear turquoise waters, reminiscent of something you might see in Italy or the Caribbean. And you can even jump in for a refreshing — yes, that's code for cold — swimming experience.