Olivier was killed by police on Sunday. 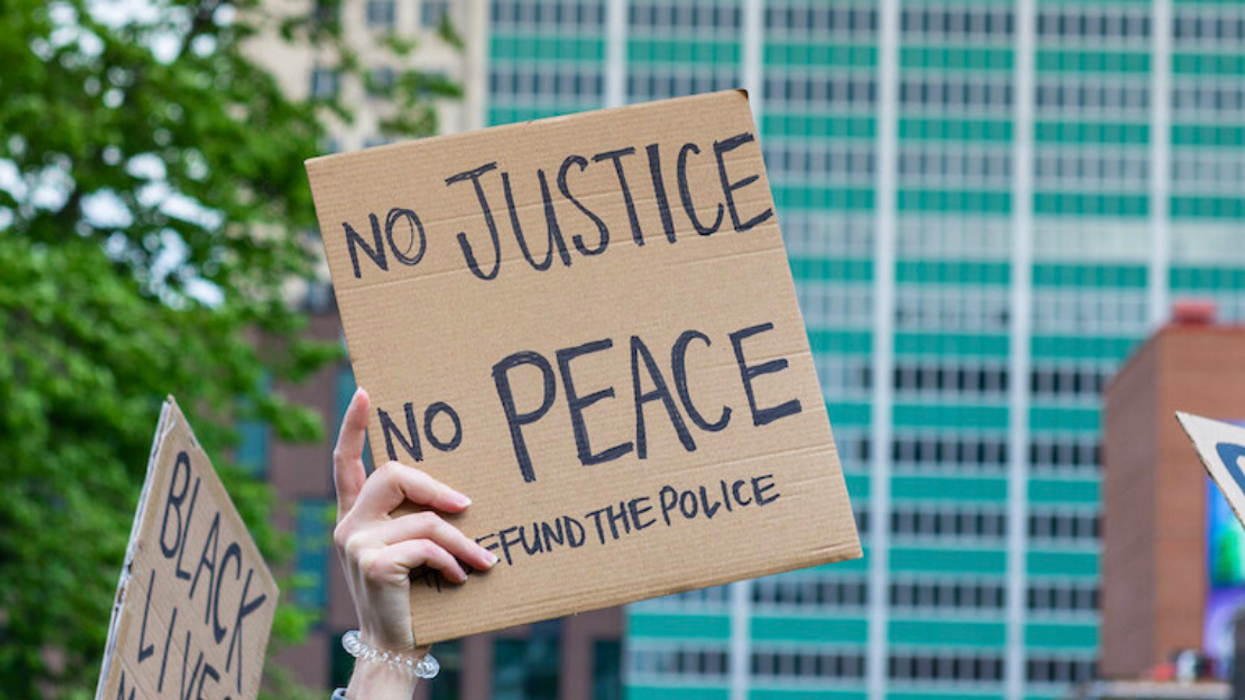 A sit-in protest will be taking place Wednesday, August 4, calling for justice for Jean René Junior Olivier, a Black man killed by police in Quebec on August 1, 2021.

It will take place in Repentigny, where officers shot Olivier after responding to a 911 call. His mother, Marie-Mireille Bence, said her son was in distress and in need of help. Quebec's Bureau des Enquêtes indépendantes (BEI) has launched an investigation into the circumstances surrounding Olivier's death.

Bence spoke out against police action in a press conference, explaining she had called the police because she believed her son was "in danger." She then went on to express her loss of faith in the police, referring to them as "criminals."

"I called for help and I found my son on the ground," she said.

Information about the upcoming sit-in demanding justice for Olivier was shared on the @defundthespvm Instagram account, with the caption: "Justice for Jean René Junior, a Black man who was killed by police this weekend while he was in need of mental health support. We are absolutely devastated for his family and friends. Lakay Media has organized a sit-in outside city hall in Repentigny to demand justice for Jean-René and am victims of racial profiling."

The sit-in protest is scheduled for 6 p.m.

The alert has been expanded into New Brunswick.

"The search radius was extended to the province of Quebec," the SQ wrote in a Twitter post on Wednesday.

A massive group marched through the streets of Montreal on Saturday to protest against proof of immunization, also known as the COVID-19 vaccine passport set to come into effect in Quebec on September 1.

The protest is scheduled to take place on Saturday, August 14.

A protest against Quebec's vaccine passport has attracted the interest of more than 20,000 people on Facebook.

The march is set to take place in Montreal on August 14, starting from boulevard René-Lévesque Ouest at 2 p.m. and moving onto rue Guy, rue Sherbrooke, and rue Jeanne-Mance before finishing at Place des Festivals for music and speeches.