Montreal's Tika The Iggy Has Made It To Vogue Magazine & Honestly, It's What She Deserves 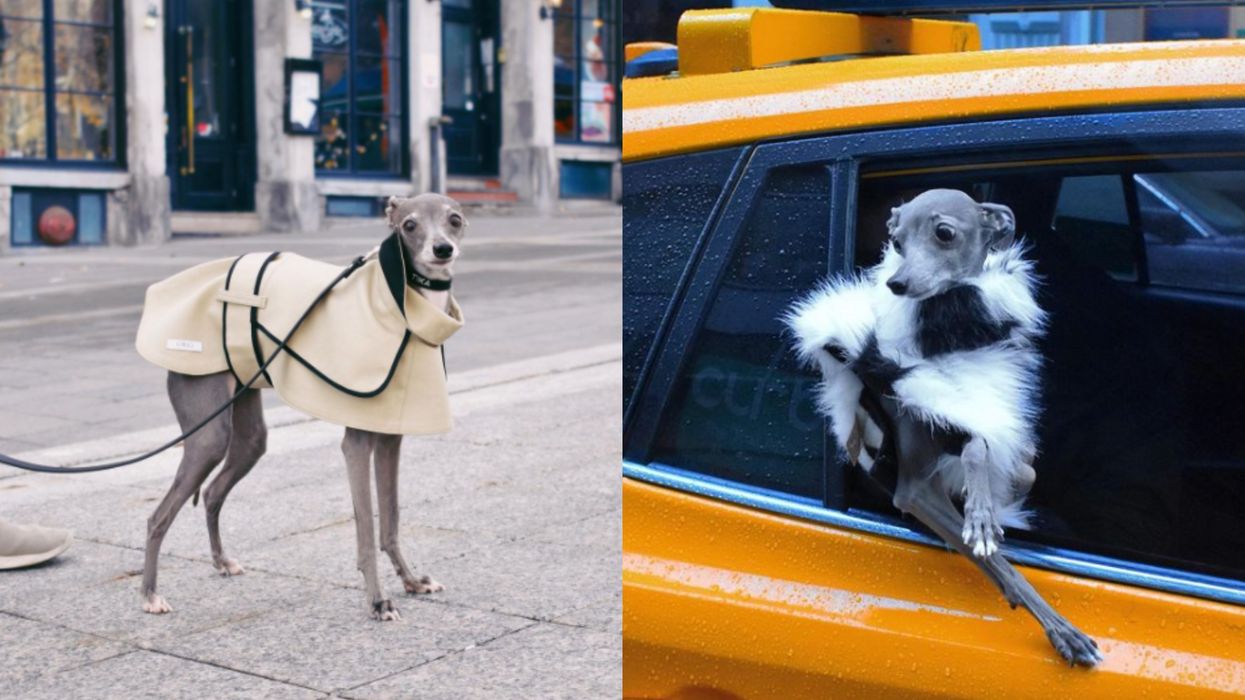 It's been a pretty wild couple of months in the world of canine couture. Especially for Tika the Iggy, Montreal's most stylish dog.

While the fashion-forward pup has also experienced the all-too-real feeling of being all dressed up with nowhere to go for the last ten months, the Italian greyhound, with the help of audio from @lorena.pages, shared a video that has not only made her go viral but has landed her coverage by the iconic publication, Vogue.

Editor's Choice: A Turkey Named Butters Has Been Roaming The City & Spreading Joy To Weary Montrealers

Teaming up with Lorena Pages once again, the collaboration created a special edition video, which was shared to the magazine's Instagram, making a tribute to the classic line, "Vogue, Stike a pose," from the 1990 song "Vogue" by Madonna.

The online article dubs her the "new fashion It girl," describing her rise to fame, including a shout-out from fellow "bad bitch" Lizzo, who rocked a frock in a Tika-inspired photoshoot.

MTL Blog reached out to Tika and her two dads to find out how she's handling the fame and whether or not she's become a diva at all.

"Tika’s always been a diva, I don’t think that feeling could grow anymore!" says the trio.

"[She] still remains humble, she may have a larger audience now but she’s still just a girl who loves to strut her fashion down the hallways of our house."

As for how she's dealing with the media frenzy, they told us that "with her dads being so busy doing all these interviews and answering emails, she’s had a lot more time to nap."

But Tika realizes that with such fame comes the need to give back.

"She’s also working on more philanthropic endeavours, so keep your eyes peeled for those."

Keep your eyes peeled — in a couple weeks at least. Halle Berry has officially arrived in Montreal to (apparently) film her new movie Moonfall, directed by Roland Emmerich.

The A-list actress posted a photo to Instagram with the caption "hello Montréal," with a view of the city and foliage of Mount Royal in the distance.

When it comes to inspiring Montreal locals, there's one person that comes to mind for me: Nalie Agustin. Agustin self-describes as a "wellness advocate, author, speaker" and "cancer thriver," but she's so much more than that. She's a fighter, a survivor, and a role model to so many.

Not only has she earned a spot in the hearts of many Montrealers, but she's also gotten the attention of A-list celebrities including both Rihanna and French Montana.