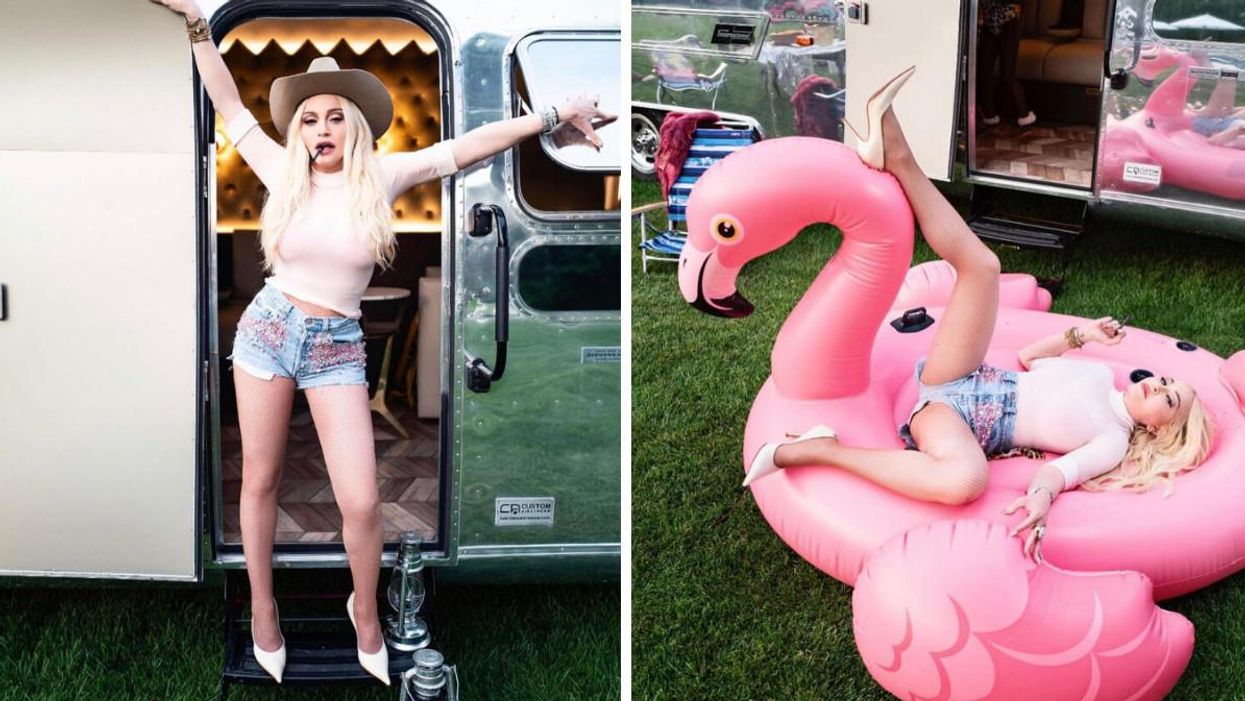 The RV even converts into a cigar lounge, built with a custom humidor and commercial air purifiers.

It's not the first time the Montreal-based camper customization company has worked with Madge. It also partnered with her on a "personal project" she hosted in the Hamptons in 2014.

"We're beyond excited to be part of Madonna's fun family moment," said a statement by David Schirmer, vice-president of sales and marketing at Custom Airstream.

"We woke up to a flood of phone calls, email and social media messages. People have been knocking down our door – it's been overwhelming in the best way possible. It's such an honour for our humble Québec company to add a little magic to Madonna's American Life!"

This bop from 2011 was just ranked among the 100 greatest music videos ever.

A music video filmed in Montreal has made it to Rolling Stone Magazine's list of "The 100 Greatest Music Videos" of all time.