The data was collected using over 100,000 geotagged tweets.
Lea Sabbah 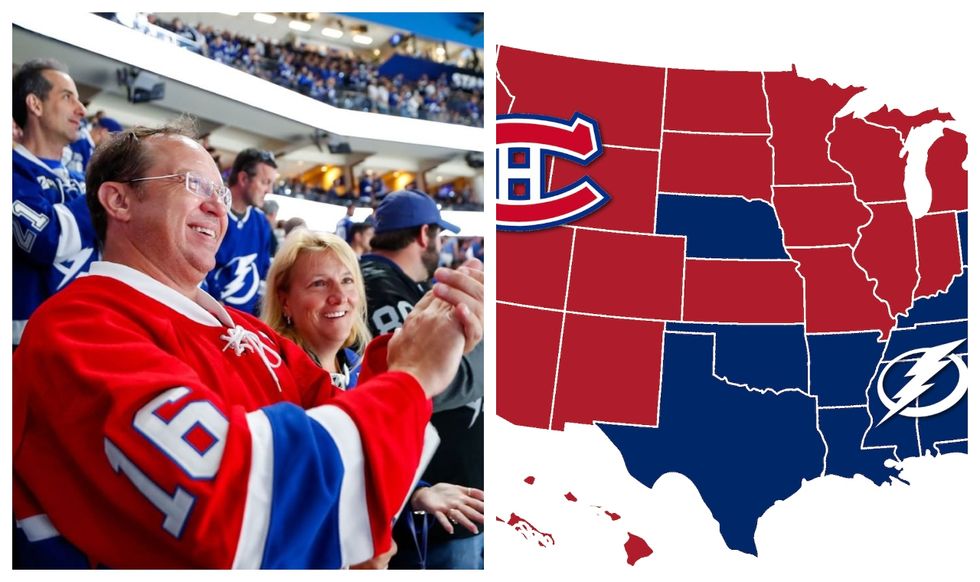 A new map based on geotagged tweets shows that more U.S. states are rooting for the Montreal Canadiens to win the Stanley Cup Final as opposed to the Tampa Bay Lightning.

Sports betting site BetOnline.ag created the map by tracking official fan hashtags related to Habs/Lightning games, such as #GoHabsGo and #GoBolts, using over 110,000 tweets from every state.

According to the data, 36 states are currently cheering for the Canadiens compared to 14 pro-Lightning states — more than double for the Habs.

The majority of Lightning supporters are based in southern states like Texas, Oklahoma, Arkansas, Louisiana, Alabama and — of course — Florida.

Ryan Taylor, a spokesperson for BetOnline, told MTL Blog that the surge in Habs support could be due to Tampa winning last year's Stanley Cup Final and the fact that it's been nearly 30 years since a Canadian team won the Stanley Cup.