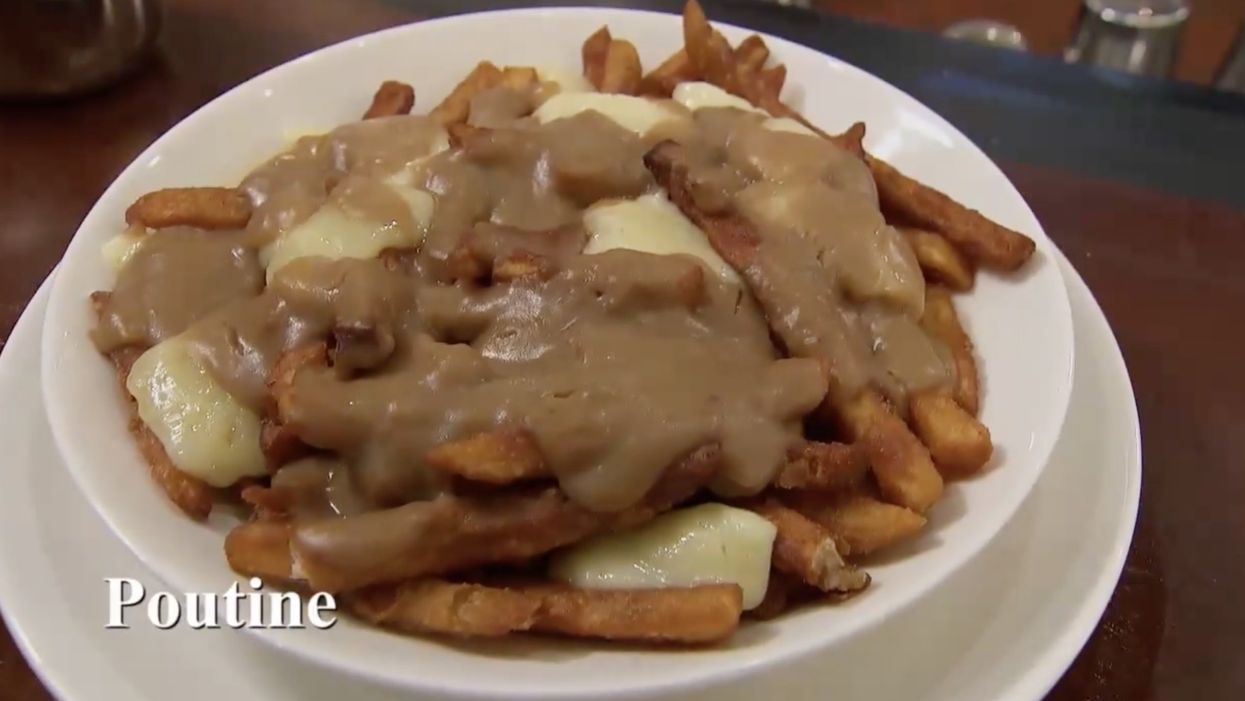 A scene from Monday night's episode of The Bachelor has Canadians enraged (at least on Twitter) after the show disgraced our national dish — Quebec's provincial treasure, the poutine.

Preparing the bachelor to meet her family, Toronto publicist Serena introduced him to iconic Canadian foods. However, in an affront to Quebecers everywhere, the "poutine" was not poutine. It was chunky, greying gravy with a few pieces of drying cheese strewn on a bed of fries.

Editor's Choice: A Naked Intruder, A Hot Tub & A Snowmobile: QC Police Report Has Too Much For One Headline

It's unclear whether the "poutine's" cheese is made of Quebec's "squish squish" cheese curds, but one thing is for certain — whatever the dish is, it's not one Quebecers can be proud of.

A tweet from the Bachelor Party podcast only made matters worse. It urged members of #BachelorNation to pick one Canadian delicacy — all of which look nothing like the truly Canadian dishes we know and love.

In what could be the most accurate description of the horrendous photo, one Twitter user said the "poutine" looked like barf.

Another Twitter user asked if whoever made that poutine had ever been to Canada before — a valid question. Based on their idea of Canadian food, we'd be willing to guess that they absolutely haven't.

A Toronto-based commenter said that even McDonald's poutine looks better.

If you've ordered a McDonald's poutine through a delivery app and received it cold, dry and clumped together, you know it still looks more appetizing than this fake poutine.

Quebecer "Hugo Boss" is clearly offended by the blatant attack on his culture.

We'd have to agree with our fellow enraged Canadians. Bachelor team, we don't know who hurt you — but in true Canadian fashion, we're sorry.

@BachPartyPod @ringer As a 🇨🇦, where did these examples get pulled from? That poutine looks disgusting (just a lake… https://t.co/7nSFHSR9Tx
— Heynong Man (@Heynong Man)1614047771.0

If you truly want to be more Canadian, you should probably apologize too... if you want... please.

Now that's how you celebrate!

In what can only be described as the ultimate fine dining experience, Tampa Bay Lightning player and Montrealer Mathieu Joseph brought the Stanley Cup to Montréal-Nord this weekend and ate a giant poutine out of it.

Hockey's holy chalice has had many things in it from beer to a baptized baby but never poutine — at least as far as we can tell!

The people behind Flamos Peri Peri Chicken are betting that a new twist on a classic recipe will help them break into Montreal's crowded chicken market.

The brand-new chain restaurant recently opened its first location at 72, boul. Saint-Jean-Baptiste in Châteauguay with a menu inspired by African, South American and European flavours and headlined with a unique and interesting twist on classic piri piri chicken.

Even more Benny&Co. restaurants are coming to Montreal.

Good thing I got to attend the grand opening of family-owned chicken rotisserie chain Benny&Co.'s newest location at 201, rue Saint-Jacques the other day, along with my partner, Therese.*