They'd only be used for non-essential services.
Lea Sabbah 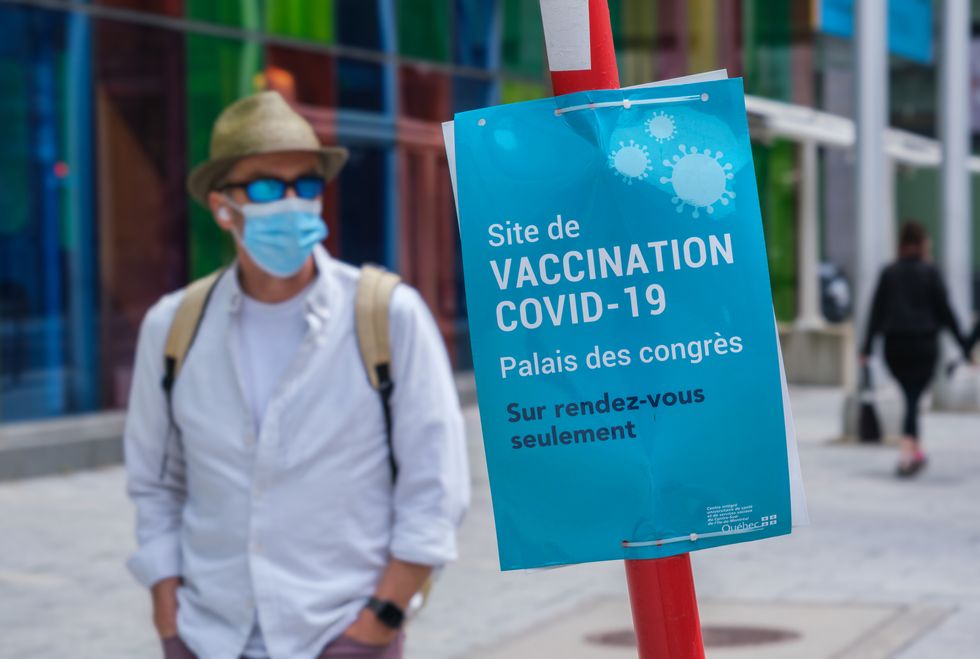 In a press conference on July 8, Quebec Minister of Health Christian Dubé confirmed that the province could introduce vaccine passports this September.

However, Dubé clarified that Quebec's vaccine passport system would only be used "if and only if the transmission or outbreaks justify it in a sector or in a territory" — and it'll also only be used for non-essential services.

Editor's Choice:Porter Airlines Announced When It's 'Returning To The Skies' With 7 Daily Montreal Flights

In the event of a COVID-19 outbreak this fall, rather than closing some non-essential services altogether, Dubé said access to high-risk activities like bars, gyms and contact sports would only be permitted for Quebecers who have received two doses of a COVID-19 vaccine.

The health minister also said that in the event of a future outbreak, Quebecers who have received two doses will be able to continue living their lives "normally."

"Those who refuse to get vaccinated, I have often told them it's their right," Dubé said.

"But they need to know, in the case of an outbreak or transmission in their area, they risk having to [self] isolate, having to get tested, or not having access to certain activities."

From Your Site Articles
Recommended For You
Keep Exploring Montreal
Loading...
Advertisement