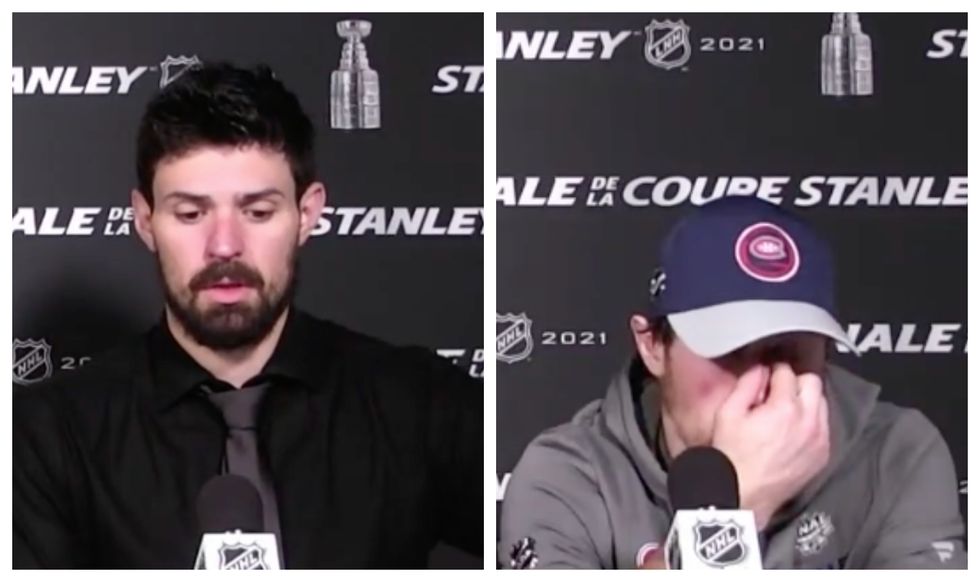 It's officially the end of another NHL season and although the Habs may not have taken home the Stanley Cup as we wanted, they still had one hell of a run.

And as per usual after Wednesday's game, a few of the players took to Zoom to reflect on what happened during the match — this time was just a little extra emotional.

Captain Shea Weber said he's "very proud, obviously. This group has a lot of character and we put up with a lot of adversity this year, we proved a lot of people wrong, in a tough year to boot."

Carey Price, the Habs' beloved goalie, looked down in the dumps during the Zoom call and said what happened during Game 5 was "incredibly disappointing."

His plan now is to "take some time off and reboot."

Phillip Danault and Brendan Gallagher also got emotional in their Zoom call with the media.

Danault made sure to say that he's extremely proud of everyone on his team and all that they've accomplished this season.