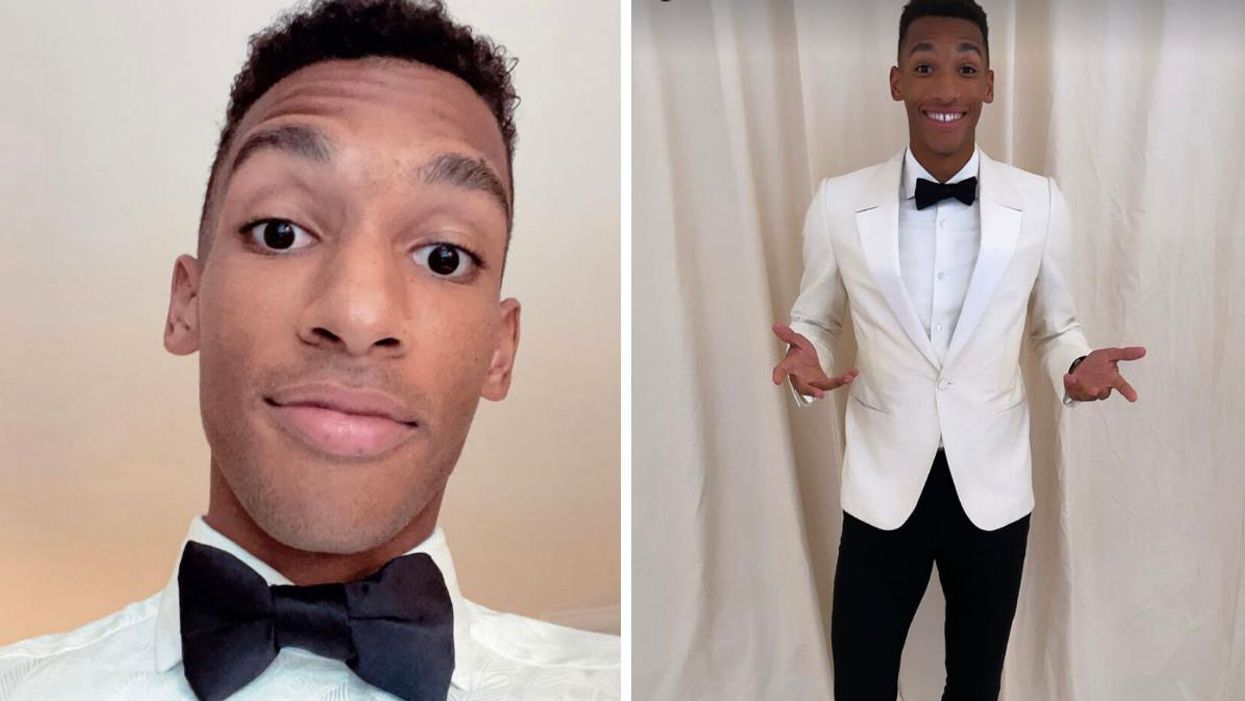 Leylah Fernandez and Félix Auger-Aliassime, the Quebec tennis stars who captured everyone's imagination at the latest U.S. Open, were invited to the Met Gala on Monday night and looked absolutely stunning in their outfits.

The world-famous Met Gala, which is a party for the rich and famous to show off their most ridiculous outfits, was made all the better by the presence of the two rising tennis stars.

As the future of tennis, it was no surprise that these two got an invite to the illustrious Met Gala.

Compared to their counterparts Naomi Osaka and Serena Williams, the two young tennis stars from Quebec were dressed rather modestly in matching black and white outfits that were more class than sass.

No word on whether or not they planned to have coordinating outfits, but if not, it was a happy accident.

Despite both of them being disappointed in the U.S. Open at the end of it all, the two tennis players put themselves on the map as the rising stars to watch.

Leylah's tournament was particularly inspiring as she was one of the youngest-ever tennis players to reach the U.S. Open Final.

After their night rubbing elbows with Hollywood's A-list, Leylah and Félix will undoubtedly be off to train for their next tournament.

Here's How Much Money Leylah Fernandez & Félix Auger-Aliassime Won At The U.S. Open

Tennis sensation Leylah Fernandez earned US$1,250,000 in prize money for being the runner-up at the U.S. Open.

It was Fernandez's highest-earning win of her career, according to her U.S. Open profile, and her second-place finish at the Grand Slam tournament catapulted her to 28th overall in the world rankings.

She used her post-match interview at New York's Arthur Ashe Stadium to share the heartfelt words.

After getting defeated by Britain's Emma Raducanu in the U.S. Open final on September 11, Quebec tennis sensation Leylah Fernandez shared a heartfelt message with New Yorkers.

Following a massive standing ovation from the crowd at New York's Arthur Ashe Stadium, Fernandez took time to acknowledge the 20th anniversary of the 9/11 terror attacks.

She REALLY won the crowd's heart.

After an impressive run at the U.S. Open, Quebecer Leylah Fernandez lost in the final on Saturday afternoon, defeated by Great Britain's Emma Raducanu in straight sets.

But the 19-year-old tennis superstar is so well-loved that the crowd at New York's Arthur Ashe Stadium decided to give her a major standing ovation anyway.

Cheer on one of Quebec's own! 🎾

Quebec tennis superstar Leylah Fernandez is set to compete at the U.S. Open final on Saturday afternoon. According to Tennis Canada, she's only the second Canadian in the current era of professional tennis to make it to the final at the U.S. Open.

If you're in Quebec and you want to cheer for Fernandez, 19, as she faces off against Great Britain's Emma Raducanu, 18, there are a few ways to tune in.