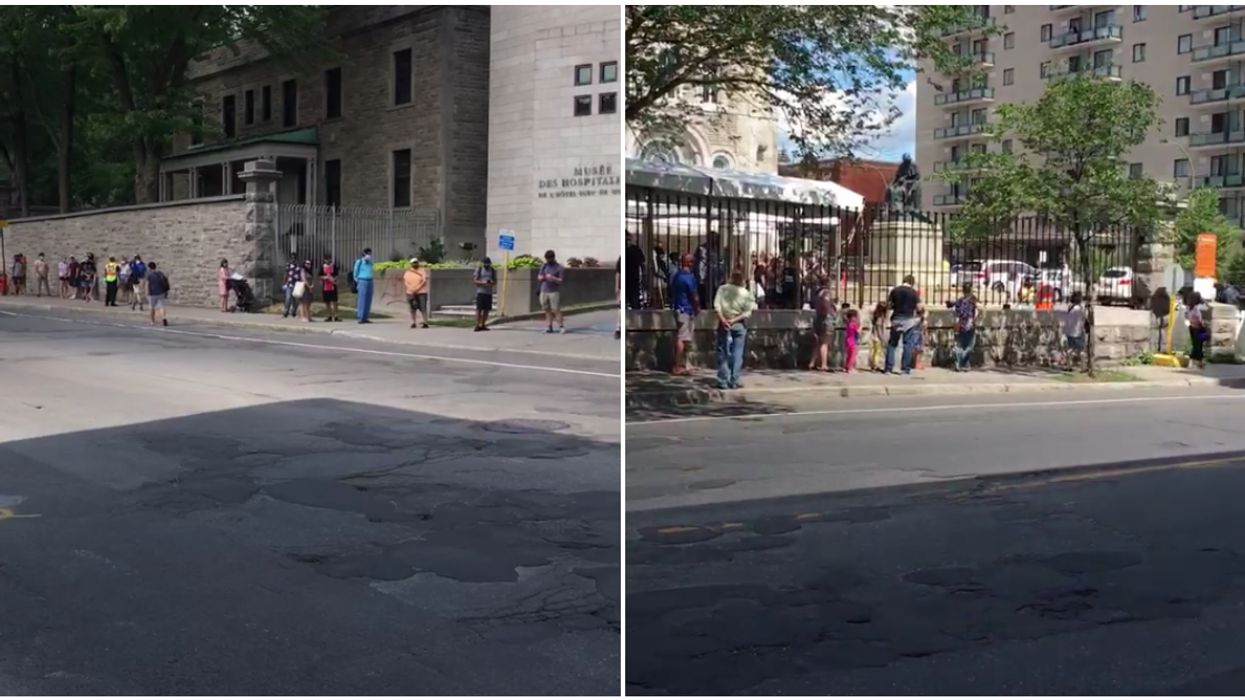 Huge lineups were spotted at a local Montreal COVID-19 testing centre early this week after the city's public health officials strongly advised anyone who visited a bar in July to go get tested. "We have 30 cases minimum that visited at least nine" bars in the area, Dr. David Kaiser, a Montreal public health physician, confirmed on Wednesday. Since bars reopened in the city, several reports have confirmed that contact with the virus had occurred at a number of bars.

Editor's Choice: A Petition To Cancel Mandatory Mask-Wearing In Quebec Has Over 50,000 Signatures

"We know that people are going out to get tested and are meeting up with some waiting time," he said. Waiting times of several hours have been reported at some testing sites.

He said the health network is working on improving testing capacity.

He asked that people "be patient" and said their "desire to get tested is important" to public health officials. "There are screening clinics throughout Montreal."

At a press scrum on Wednesday, Dr. Kaiser confirmed that there's been a slight increase in what he called the "positivity rate," the number of positive cases for every 100 tests.

Dr. Kaiser said that the increase in the percentage of positive cases indicates that the virus is still here and that people need to be diligent until it gets dealt with.

Responding to this slight bump in the number of cases, the Quebec government is officially making masks mandatory in all indoor public spaces across the province as of July 18.

Business owners that don't enforce the new rule can be fined up to $6,000.

Dissenting opinions have come forth, however, with an online petition circulating to cancel mandatory mask-wearing in the province.