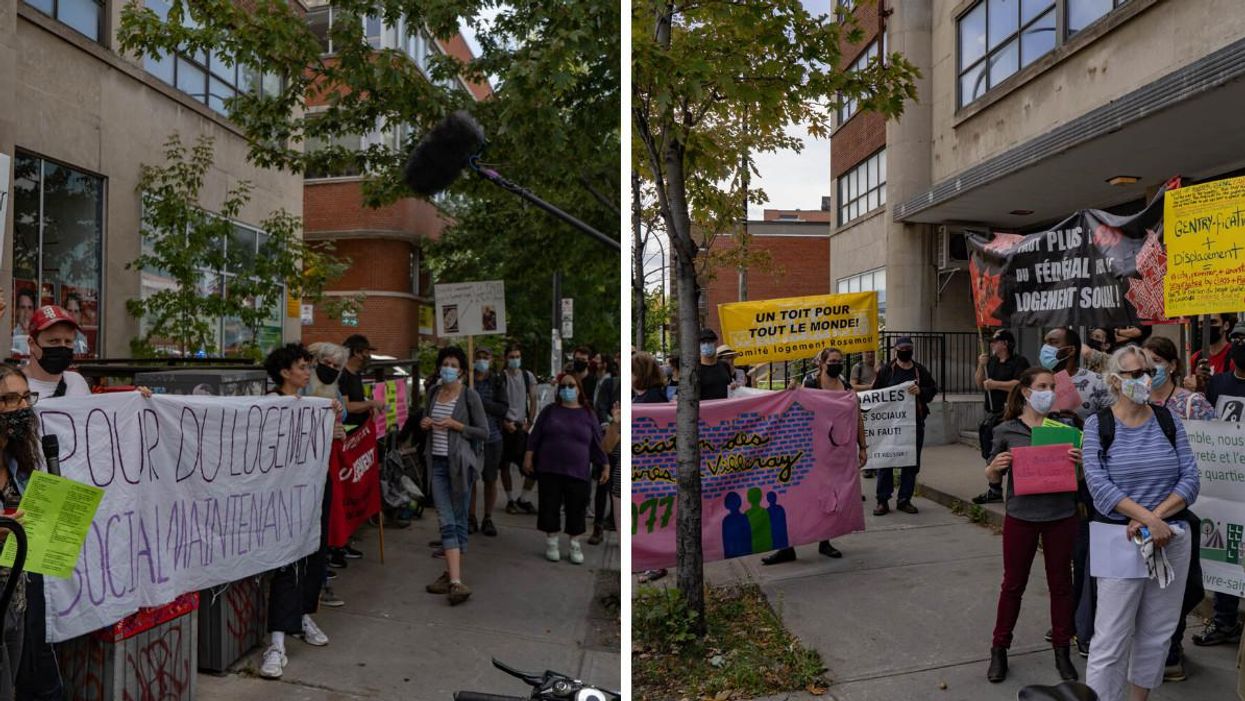 FRAPRU and other housing advocate groups in Montreal have called on the government to "commit to a recurring investment of $3 billion per year to fund new social housing."

The investment would allow Quebec to build around 7,000 social housing units per year, according to FRAPRU.

Montreal's Villeray–Saint-Michel–Parc-Extension borough has been at the centre of the social housing debate for quite some time.

Advocates claim thousands lived in unaffordable housing or housing that was too small before the pandemic.

"We already cannot rely on the private rental market to take care of low-income households, the response must be political, the State must take this on. This response requires social housing and we want clear commitments from Mr. Trudeau," Charles Castonguay, community organizer at the Association des Locataires de Villeray, said.

The Regroupement des comités logement et associations de locataires du Québec (RCLALQ), a local tenant advocacy group, has told MTL Blog that it condemns a tenant blacklist website that says it's based in the U.S. and Canada.

The website, called Liste Noire, defines itself as a "global company that helps both building owners and property managers avoid losses or rental problems with certain individuals."