There are few limits to who you can film on the metro. 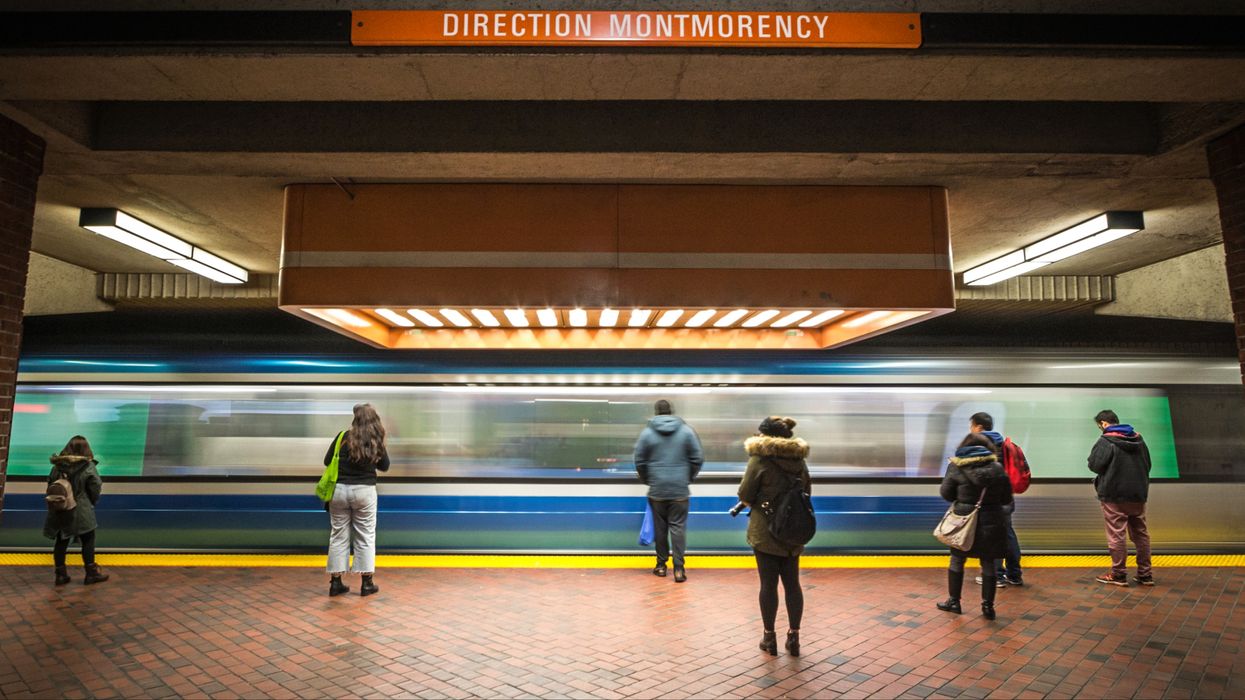 While the STM has multiple rules in place to protect riders' safety, an alleged incident in August left two young women feeling like they were without support from local law enforcement.

The incident and the response from the SPVM highlight the potential limitations of rules about filming in the Montreal metro as well as police sensitivity to complaints of harassment.

Editor's Choice: Desjardins Montreal Is Hiring & All You Need Is A High School Diploma To Get Full Benefits

On the evening of August 22, Victoria Flores, a 17-year-old Montrealer, and her friend Ivy, age 16, allegedly caught a middle-aged man filming them without their consent at Snowdon metro station.

In a now-deleted Insta post, Victoria shared a video of the incident as well as her conversation later that evening with an SPVM phone operator to report the event.

In a recording shared with MTL Blog, the officer can be heard explaining that the man on the metro "had the right to film [her]" and did not perform an illegal act.

He went on to tell Victoria that, maybe, he just wanted "to keep it for himself because he finds that you were pretty or something."

"Are you saying that a grown man is allowed to take a picture or a video of underage women because they are pretty?" Victoria asked.

"I am just telling you how the law works," the operator responded.

"I thought maybe this one time police could be useful and help us, but they didn't," Victoria told MTL Blog.

"You would never think anything like that could happen to you — until it does," she said of the alleged incident at the metro station.

The two girls admit to having felt extremely uncomfortable with having an older man film them, and described the situation as "nerve-wracking."

But despite their discomfort, the SPVM told MTL Blog that since the metro is a public space, individuals are allowed to film each other as they please as long as they don't share the footage on social media.

"But if a person commits a crime by approaching someone or if a person feels unsafe, [they] can always call 911 and we'll send a police officer, obviously," officer Jean-Pierre Brabant explained over the phone.

The only exception is for children, who cannot be filmed without parental consent.

The reaction of the police representative only made the young women more uncomfortable.

"It made me feel worthless," Victoria said.

"We were scared, we felt uncomfortable, and they didn't do anything."

Ivy added that "knowing that they're in charge does not make you feel safe."

Michelle Flores, Victoria's mother, said the operator's response is evidence of a broken system. "100% it's unacceptable — they're minors."

Asked by MTL Blog if it condones this response to a minor about an incident on its network, the STM declined to comment.

The SPVM did not address the question.

Montreal police also did not respond to multiple inquiries about operators' training to deal with reports of harassment.

The STM did confirm, however, that it's in contact with the SPVM about this case.

On September 2, according to Victoria, Montreal police confirmed that "they are doing a full-on investigation for the Snowdon incident and looking into the phone call with the dispatcher."

Victoria hopes her story inspires "people to use their voice" to call out wrongdoing.

All three women said they hope the operator who answered their call that evening "gets fired."

Montreal police (SPVM) officers were found not criminally responsible for the death of a man on April 26, 2020. The Director of Criminal and Penal Prosecutions (DPCP) made this determination following a report from the Bureau des enquêtes indépendantes (BEI).

The DPCP outlined the events leading up to the man's death in a press release.