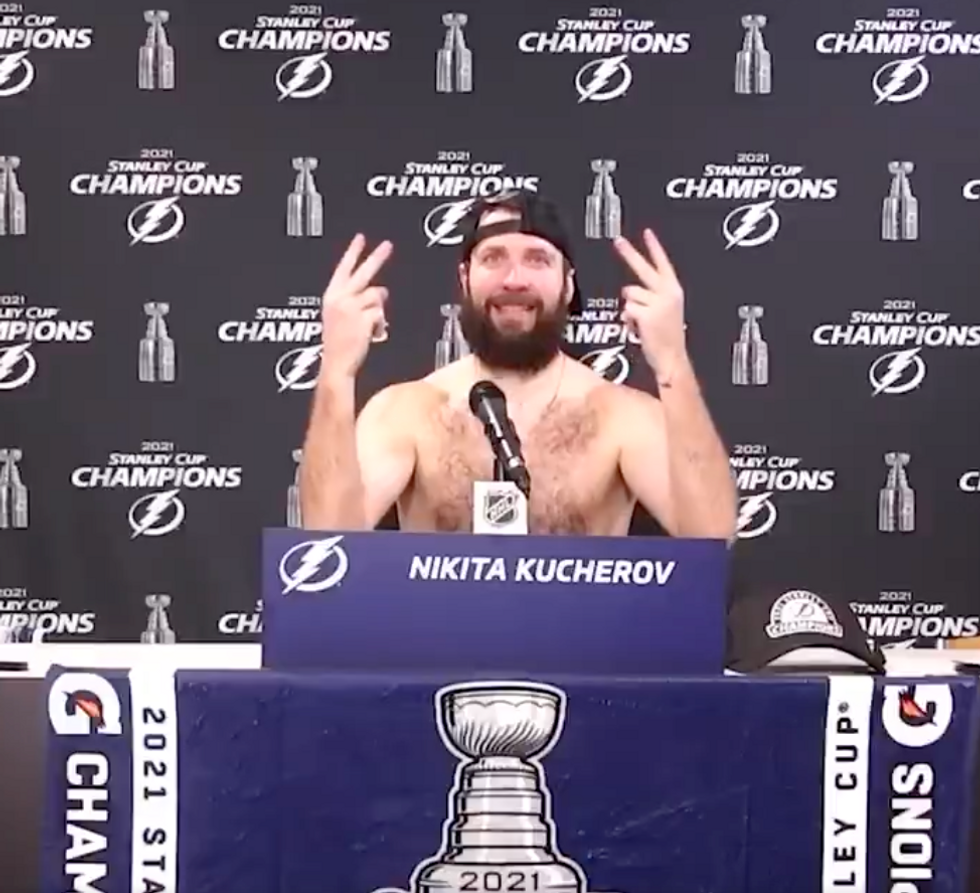 On Thursday morning — just one day after the infamous press conference — Kucherov's agent, Daniel Milstein, tweeted a photo that fanned the flames of an already tense situation.

While the photo of Kucherov seems harmless, showing him posing with the Stanley Cup in front of a pool and boat, and we don't know the exact intention behind the tweet, the caption added fuel to the fire.

In the comments section, multiple people criticized the lack of class being displayed while others pointed out that the streets of Tampa looked deserted after last night's victory.

"The Stanley Cup is obviously not big enough to fill your ego! Happy for your win - but I guess you just defined what it means to be a classless, sore winner," tweeted @belangerlisa.

At the time this article was published, Kucherov had not given any further explanation for the photo posted by his agent — but he had retweeted it.