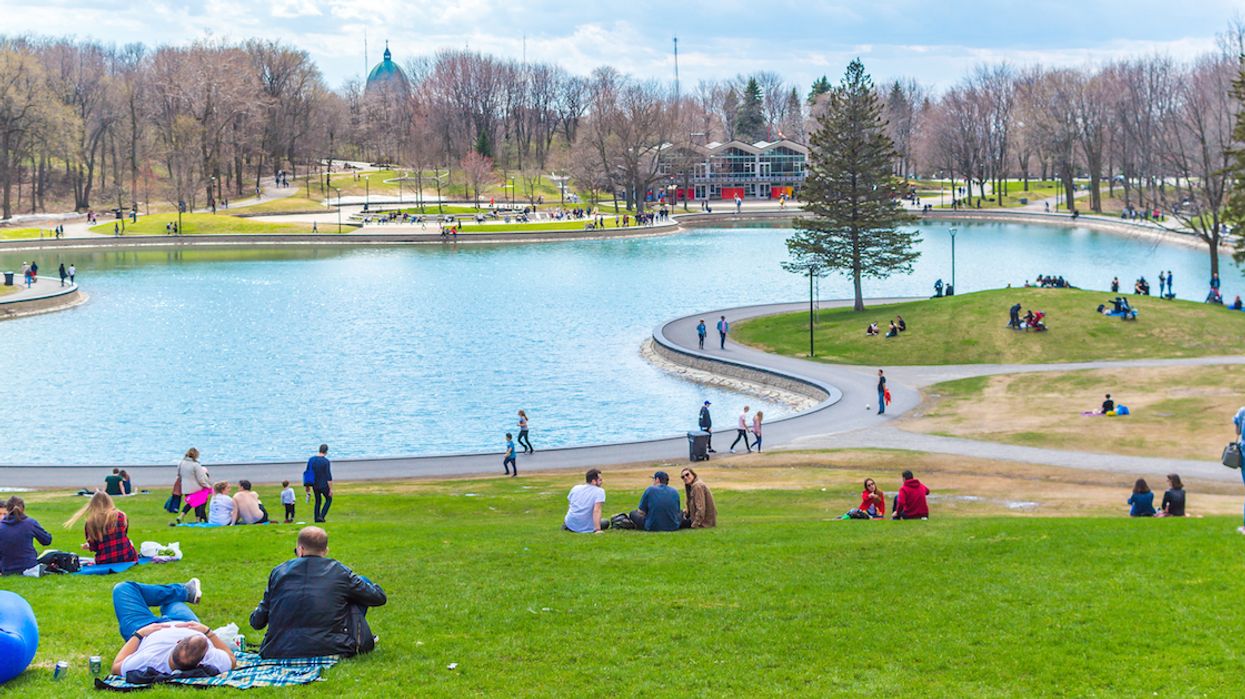 We've finally (somehow??) made it through the bulk of winter and Quebec's 2021 spring forecast is promising an early reward for our perseverance through this dreadful season.

The Weather Network released its spring predictions for Canada on Monday and Quebecers should be happy... at least for a little while.

Most excitingly, the site says the month of March could "bring extended tastes of early spring" to Ontario and Quebec

It also predicts "near normal" temperatures for the season overall.

But Montrealers shouldn't expect to whip out their bathing suits and head to Verdun Beach too soon.

The Weather Network warns of "parting shots of winter" and "a period of colder weather" mid-season "before more consistent warmth sets in."

Both provinces could also see "above normal rainfall," though, according to the forecast, there shouldn't be more rainy days than usual.

In better news, "the risk for widespread flooding is lower than normal this spring."

"The deep freeze is behind us, but the threat of wintry weather is not over," Chris Scott, Chief Meteorologist with The Weather Network, said in a statement.

"A milder March will be a delightful contrast to the frigid February experienced by many Canadians, but spring will sputter at times."

What about the other provinces?

Looks like this year the Atlantic provinces are getting a monopoly on fantastic spring weather — and if their travel restrictions continue, they'll be keeping it to themselves.

The Weather Network predicts that "above normal temperatures will continue to dominate for most of spring" in the east, despite "the typical risk for high impact late winter storms."

In the prairie provinces, meanwhile, the site suggests a pattern similar to that in Ontario and Quebec could be in store, with a particularly spring-like March and later returns to colder weather.

Alarmingly, The Weather Network meteorologists express concern that "drought conditions south of the border could become more widespread and impact southern parts of the region by the start of the growing season."

Across the Rockies, British Columbia could see "a slower than typical start to the season [...] with cooler than seasonal temperatures."

Brace yourselves for a heat wave!
Marc Bruxelle | Dreamstime

Brace yourselves for a heatwave! Environment Canada has issued a special weather alert for Montreal, Laval, Longueuil-Varennes and Châteauguay-La Prairie, warning that it could feel like 40 degrees with humidex values from Sunday to Tuesday.

This is because a "warm and humid air mass will track into the province" over the weekend, the weather authority stated.

Quebecers Can Expect An 'Almost Perfect' Summer, According To Weather Experts

According to the weather experts at MétéoMédia aka The Weather Network, Canadians can expect an "almost perfect" summer this year, including in Quebec.

"MétéoMédia's Summer Snapshot for the months of June, July and August, summer 2021 will be hot for most provinces," according to a press release.

It's Expected To Feel Like 30 Degrees & Up In Montreal Some Days This Week!!!

Bring on the sunshine. 🌞
Bobhilscher | Dreamstime

As this weekend comes to an end, it's already time to get excited for the upcoming one. Especially because Montreal's weather forecast is predicting that it'll feel like 30 C and up next Friday to Sunday.

So, we'll only have to deal with the cold weather we felt the last few days a little longer.

There's A 'Severe Thunderstorm Watch' Currently In Effect For Montreal

There's no denying that Montreal's weather forecast is typically all over the place — especially during the change of seasons. And although we've been blessed with some beautiful sunshine for the past few days, it seems today may not end up being so pretty.

According to The Weather Network, there's currently a "severe thunderstorm watch" in effect for the Montreal area.